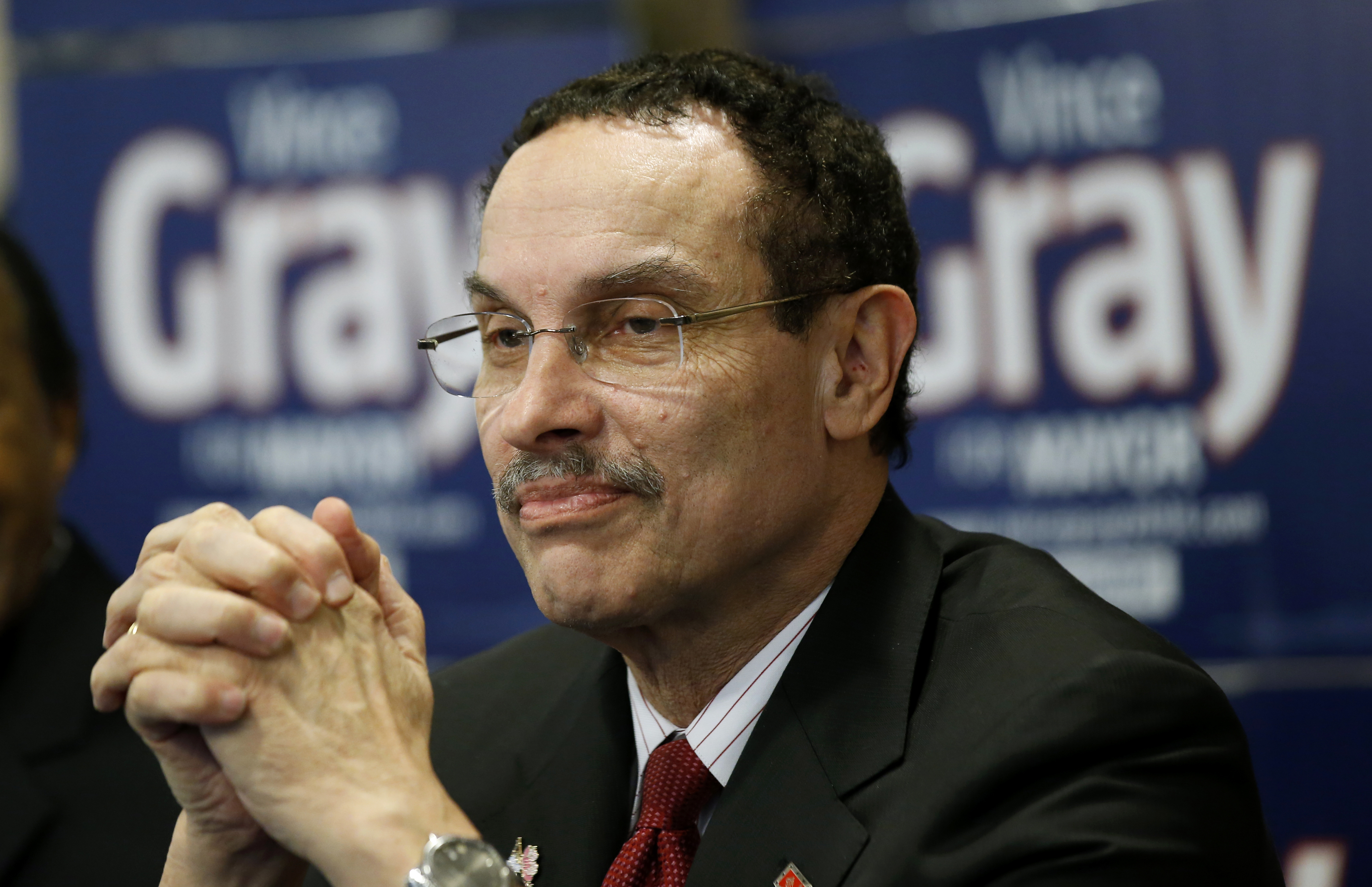 Washington, D.C. Mayor Vincent Gray is already fighting to avoid a federal indictment in connection with allegations of campaign finance violations during his 2010 mayoral bid. Now, facing a crowded Democratic primary Tuesday, the scandal cloud is significantly complicating his bid for another term in office.

Gray is denying allegations by federal prosecutors that he knew about an off-the-books "shadow campaign" to funnel hundreds of thousands of dollars to his 2010 bid. Washington, D.C. businessman Jeffrey E. Thompson was charged in March with conspiring to violate federal campaign finance laws by secretly spending more than $600,000 to aid Gray's campaign.

His lawyer, Robert Bennett, told Washington, D.C., CBS affiliate WUSA that Gray is expecting the U.S. attorney to seek an indictment and prepared for trial if it comes. But he won't let it hinder his re-election efforts, saying last month that an indictment won't force him from office.

"I'm not going to walk away from this situation," he said in a local news interview.

Among the supporters that are still supporting Gray is former D.C. Mayor Marion Barry, who had his own legal troubles when he was convicted of cocaine possession as part of a federal string in 1990, for which he served a six-month prison sentence. He went on to win another term as mayor in 1994 and a seat on the city council in 2002.

The city's voters have forgiven before, but the growing expectation of an indictment for Gray has taken its toll. An NBC4/Marist poll released last week showed Gray neck-and-neck with councilmember Muriel Bowser, who is his biggest threat to winning Tuesday's primary. Bowser had 28 percent to Gray's 26 percent, with other contenders - councilmembers Tommy Wells and Jack Evans receiving 11 percent and 9 percent support from voters, respectively, and all four other candidates taking less than 5 percent.

A Washington Post poll released the same day had Bowser also besting Gray, 30 percent to 27 percent. Gray's support had stayed consistent since January, but Bowser had shot up from a 12-percent showing during the last survey.

So far, though, D.C. voters seem far from inspired by any of the eight candidates on the Democratic ballot. The two-week early voting period that ended over the weekend saw just 14,000 voters cast ballots, compared to 22,000 who voted early in 2010, according to the Post. The mayoral primaries have moved up to April from early September in previous years, and the weeks of winter weather, capped off by heavy rainfall Saturday, could have put a damper on both campaign events and a desire to vote early.

Victory in the Democratic primary in Washington is usually tantamount to winning the mayoral race. But there will be a new twist with councilmember David Catania, a gay Republican-turned-independent who will face the winner in the general election. Although Republican candidates have not fared well in Washington in the past, Catania tied with Gray at 41 percent in the Post poll. Bowser, on the other hand, would beat him, 56 percent to 23 percent.