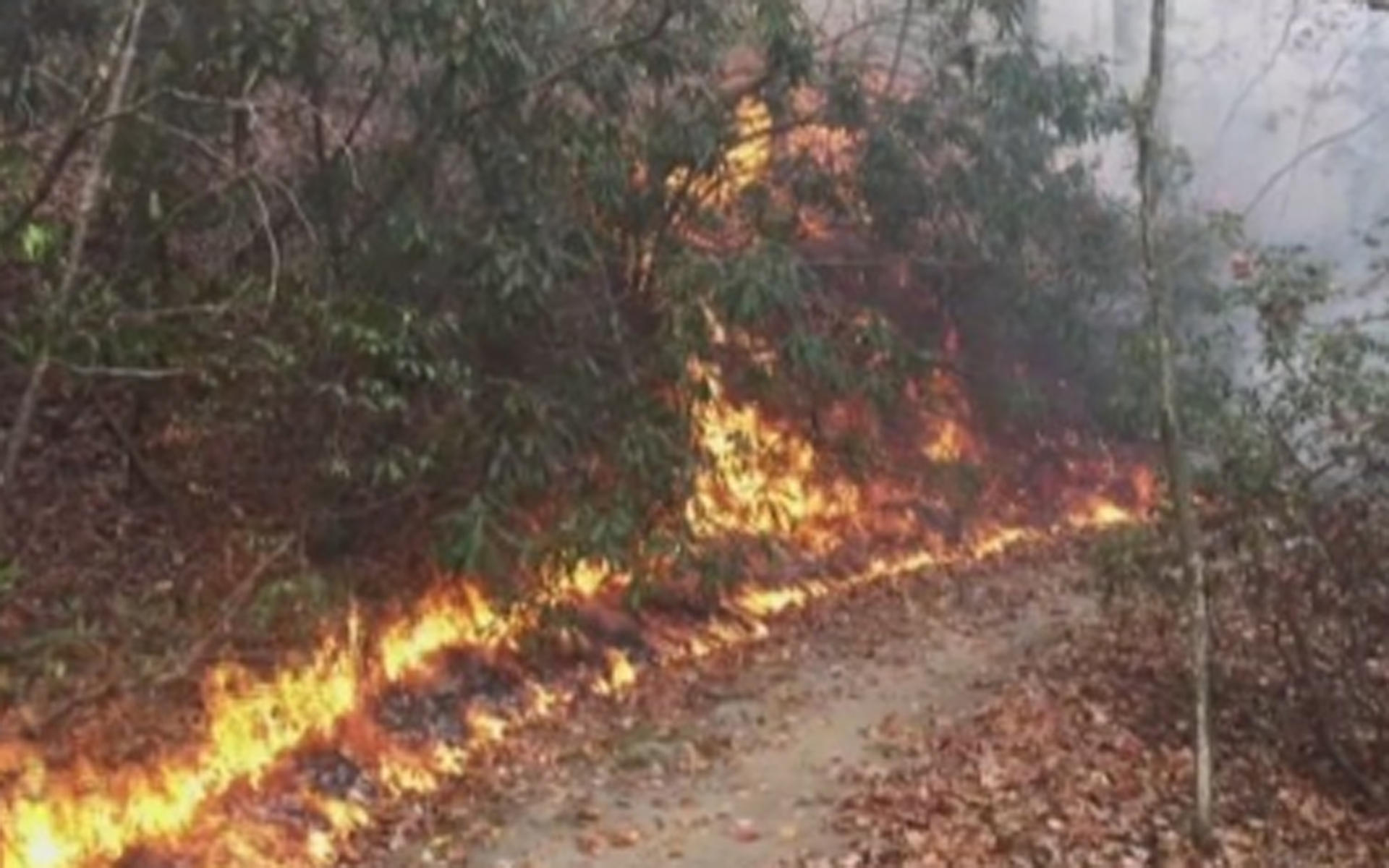 The blaze was 30 percent contained Wednesday morning, the station says.

It threw off enough smoke to prompt Atlanta officials to issue a Code Red air quality alert for the first time since July 2012, WGCL adds.

Georgia Gov. Nathan Deal banned the ignition of all fireworks in much of the state due to the wildfire risk.

The giant fire was one of many burning across the South in forests stressed by drought.

To try to curtail the breakout of any new blazes, officials said starting campfires, lighting fireworks and smoking cigarettes were among the outdoor activities being banned in numerous states.

Even parking a car off-road is prohibited for fear that a hot tailpipe could ignite dry leaves below.

U.S. Forest Service spokesman Adam Rondeau has said the agency is tracking wildfires that have burned a total of 80,000 acres across the South.

The Tennessee Valley Authority issued a burn ban Tuesday on its public lands across Tennessee and in parts of Alabama, Georgia, Kentucky, Mississippi, North Carolina and Virginia. The authority said its ban applies to anything that might produce an open flame.

Tennessee Gov. Bill Haslam, meanwhile, banned outdoor burning outright in more than half of the state’s counties through December 15.

Also, two men were arrested Monday on charges related to setting separate fires along roadsides in Tennessee. Of the 1,238 wildfires in the state so far this year, officials suspect arson in almost half of them.

In Alabama, Fire Marshal Scott Pilgreen said state officers are investigating two of nearly 1,100 statewide wildfires as possible arson. No arrests have been made, but officers have issued misdemeanor citations for allegedly violating the statewide no-burn order.