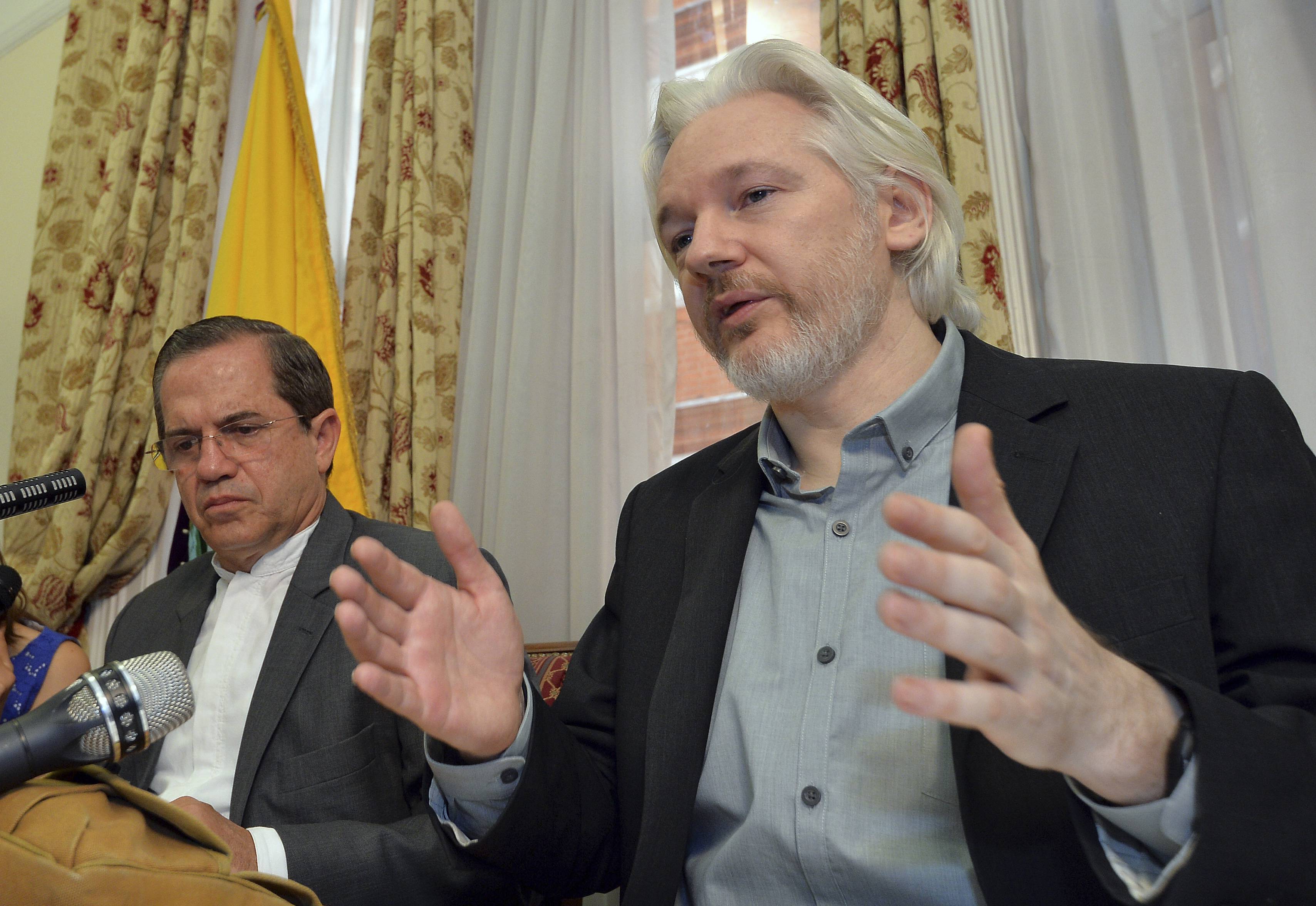 CAIRO — WikiLeaks’ global crusade to expose government secrets is causing collateral damage to the privacy of hundreds of innocent people, including survivors of sexual abuse, sick children and the mentally ill, The Associated Press has found.

In the past year alone, the radical transparency group has published medical files belonging to scores of ordinary citizens while many hundreds more have had sensitive family, financial or identity records posted to the web. In two particularly egregious cases, WikiLeaks named teenage rape victims. In a third case, the site published the name of a Saudi citizen arrested for being gay, an extraordinary move given that homosexuality is punishable by death in the ultraconservative Muslim kingdom.

“They published everything: my phone, address, name, details,” said a Saudi man who told AP he was bewildered that WikiLeaks had revealed the details of a paternity dispute with a former partner. “If the family of my wife saw this... Publishing personal stuff like that could destroy people.”

WikiLeaks’ mass publication of personal data is at odds with the site’s claim to have championed privacy even as it laid bare the workings of international statecraft, and has drawn criticism from the site’s allies.

Attempts to reach WikiLeaks founder Julian Assange were unsuccessful; a set of questions left with his site wasn’t immediately answered Tuesday. In a tweet responding to AP’s story, the organization said the privacy allegations were “recycled” and “not even worth a headline.”

WikiLeaks’ stated mission is to bring censored or restricted material “involving war, spying and corruption” into the public eye, describing the trove amassed thus far as a “giant library of the world’s most persecuted documents.”

The library is growing quickly, with half a million files from the U.S. Democratic National Committee, Turkey’s governing party and the Saudi Foreign Ministry added in the last year or so. But the library is also filling with rogue data, including computer viruses, spam, and a compendium of personal records.

The Saudi diplomatic cables alone hold at least 124 medical files, according to a sample analyzed by AP. Some described patients with psychiatric conditions, seriously ill children or refugees.

“This has nothing to do with politics or corruption,” said Dr. Nayef al-Fayez, a consultant in the Jordanian capital of Amman who confirmed that a brain cancer patient of his was among those whose details were published to the web.

Dr. Adnan Salhab, a retired practitioner in Jordan who also had a patient named in the files, expressed anger when shown the document.

“This is illegal what has happened,” he said in a telephone interview. “It is illegal!”

The AP, which is withholding identifying details of most of those affected, reached 23 people - most in Saudi Arabia - whose personal information was exposed. Some were unaware their data had been published; WikiLeaks is censored in the country. Others shrugged at the news. Several were horrified.

One, a partially disabled Saudi woman who’d secretly gone into debt to support a sick relative, said she was devastated. She’d kept her plight from members of her own family.

“This is a disaster,” she said in a phone call. “What if my brothers, neighbors, people I know or even don’t know have seen it? What is the use of publishing my story?”

Medical records are widely counted among a person’s most private information. But the AP found that WikiLeaks also routinely publishes identity records, phone numbers and other information easily exploited by criminals.

The DNC files published last month carried more than two dozen Social Security and credit card numbers, according to an AP analysis assisted by New Hampshire-based compliance firm DataGravity. Two of the people named in the files told AP they were targeted by identity thieves following the leak, including a retired U.S. diplomat who said he also had to change his number after being bombarded by threatening messages.

The number of people affected easily reaches into the hundreds. Paul Dietrich, a transparency activist, said a partial scan of the Saudi cables alone turned up more than 500 passport, identity, academic or employment files.

The AP independently found three dozen records pertaining to family issues in the cables - including messages about marriages, divorces, missing children, elopements and custody battles. Many are very personal, like the marital certificates which reveal whether the bride was a virgin. Others deal with Saudis who are deeply in debt, including one man who says his wife stole his money. One divorce document details a male partner’s infertility. Others identify the partners of women suffering from sexually transmitted diseases including HIV and Hepatitis C.

Lisa Lynch, who teaches media and communications at Drew University and has followed WikiLeaks for years, said Assange may not have had the staff or the resources to properly vet what he published. Or maybe he felt that the urgency of his mission trumped privacy concerns.

“For him the ends justify the means,” she said.

Initially conceived as a Wikipedia-style platform for leakers, WikiLeaks’ initial plan was for a “worldwide community of informed users” to curate the material it released wholesale, according to the site’s now defunct question-and-answer page. Prominent transparency advocate Steven Aftergood privately warned Assange a few days before the site’s debut that the publish-everything approach was problematic.

“Publication of information is not always an act of freedom,” Aftergood said in an email sent in late 2006. “It can also be an act of aggression or oppression.”

Those concerns were heightened after WikiLeaks published a series of documents leaked by U.S. Army intelligence analyst Bradley Manning, now known as Chelsea, in 2010. The publication provided explosive evidence of human rights abuses in Iraq and Pakistani cooperation with the Taliban in Afghanistan - among many other revelations - but it also led to allegations that civilians in war zones had been endangered.

“We have a harm minimization policy,” the Australian told an audience in Oxford, England in July of 2010. “There are legitimate secrets. Your records with your doctor, that’s a legitimate secret.”

Assange initially leaned on cooperating journalists, who flagged sensitive material to WikiLeaks which then held them back for closer scrutiny. But Assange was impatient with the process, describing it as time-consuming and expensive.

“We can’t sit on material like this for three years with one person to go through the whole lot, line-by-line, to redact,” he told London’s Frontline Club the month after his talk in Oxford. “We have to take the best road that we can.”

Assange’s attitude has hardened since. A brief experiment with automatic redactions was aborted. The journalist-led redactions were abandoned too after Assange’s relationship with the London press corps turned toxic. By 2013 WikiLeaks had written off the redaction efforts as a wrong move.

Withholding any data at all “legitimizes the false propaganda of ‘information is dangerous,’” the group argued on Twitter.

But some private information genuinely is dangerous, courting serious consequences for the people involved.

Three Saudi cables published by the WikiLeaks identified domestic workers who’d been tortured or sexually abused by their employers, giving the women’s full names and passport numbers. One cable named a male teenager who was raped by a man while abroad; a second identified another male teenager who was so violently raped his legs were broken; a third outlined the details of a Saudi man detained for “sexual deviation” - a derogatory term for homosexuality.

Scott Long, an LGBT rights activist who has worked in the Middle East, said the names of rape victims were off-limits. And he worried that releasing the names of people persecuted for their sexuality only risked magnifying the harm caused by oppressive officials.

“You’re legitimizing their surveillance, not combating it,” Long said.

“They should try to protect innocent civilians”

WikiLeaks was criticized last month after it released what it described as “AKP emails,” a reference to Turkey’s governing Justice and Development Party, known by its Turkish acronym AKP. But dissidents’ excitement turned to scorn when they realized the 300,000 documents were little more than a vast collection of junk mail and petitions.

Vural Eroz, 66, was one of many people who’d written to the AKP, complaining in 2013 that his car had been towed from his lawn by authorities in Istanbul. He was startled to find that WikiLeaks had published the message along with his personal number.

“I would like to know for what purpose they exposed me,” he said in a phone interview.

Prominent anti-censorship campaigner Yaman Akdeniz, who reviewed hundreds of messages like Eroz’s, said there was nothing newsworthy in any of them.

Eroz said he admired WikiLeaks for exposing wrongdoing but said, “they should try to protect innocent civilians. They should screen what they leak.”

Experts say WikiLeaks’ apparent refusal to do the most minimal screening is putting even its own readers at risk.

Vesselin Bontchev, a researcher at the Bulgarian Academy of Sciences’ National Laboratory of Computer Virology, said he was startled to find hundreds of pieces of malicious software in WikiLeaks’ dumps - suggesting the site doesn’t take basic steps to sanitize its publications.

“Their understanding of journalism is finding an interesting document in a trash can and then dumping the can on your front door,” he said.

Even Assange’s biggest backers are getting uncomfortable. Journalist Glenn Greenwald, one of the site’s leading allies in the media world, has distanced himself from WikiLeaks over its publication strategy. National Security Agency leaker Edward Snowden, whose asylum in Russia WikiLeaks helped broker, recently suggested the site should take more care to curate its work.

Dietrich, the transparency activist, said he still supported WikiLeaks “in principle” but had been souring on Assange and his colleagues for a while.

“One of the labels that they really don’t like is being called ‘anti-privacy activists,’” Dietrich said in a phone interview. “But if you want to live down that label, don’t do stuff like this!”