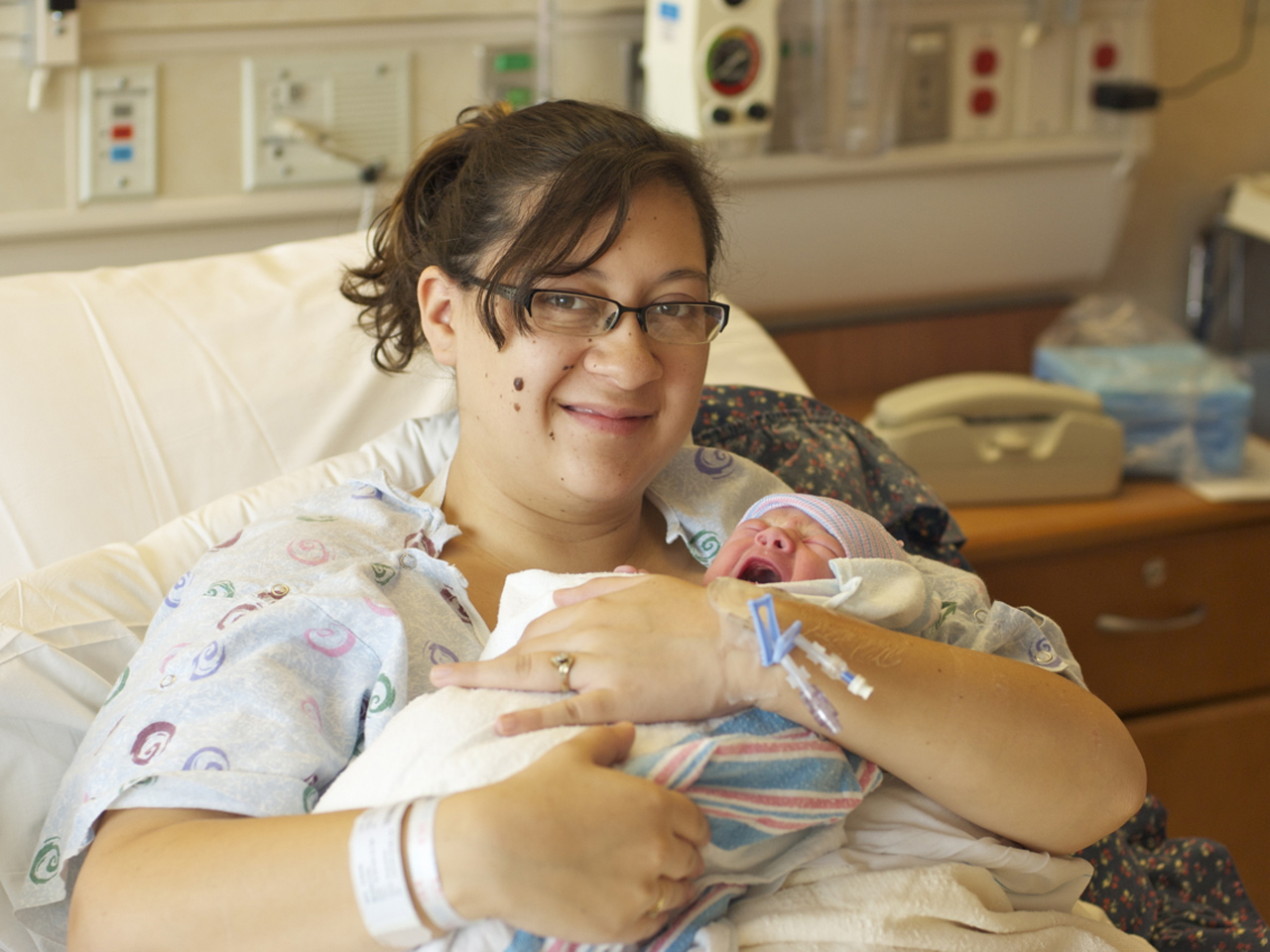 (CBS News) Katie Medley, whose husband Caleb was shot in the eye during Friday's deadly movie theater rampage in Aurora, Colo., gave birth to a baby boy Tuesday in the same hospital where her spouse remains critically wounded.

A Colorado University Hospital spokesman said Hugo Jackson Medley was born at 7:11 a.m. and was "doing great" along with his mother.

Caleb Medley is one of 16 victims still hospitalized in the wake of the shooting, which left 12 dead and dozens more wounded.

The couple attended the midnight screening of "The Dark Knight Rises" in what was meant to be their last night out before they needed a babysitter.

Seth Medley says his brother, who is in intensive care and under heavy sedation, is in critical but stable condition and making some improvements in small steps, but added that doctors say he's not anywhere near out of the woods.

Caleb's family has been told his medical bills could total $2 million. But he lacks insurance, so childhood friend Michael West started a website to try to raise money.

Aurora shooting may ruin one victim's finances
At Aurora massacre, many victims died protecting others

West said Caleb was looking forward to being a dad.

"We've talked about it, because we know he can hear us. He needs to get better, because he needs to be a dad. God. Jesus," West said through tears.

Even under heavy sedation, Caleb has somehow managed to make his friends and family feel just a little better.

"He will close his hands. He will squeeze, and he has given a thumbs-up," says Seth. "He's gonna fight through this so that he can be with his newborn son as much as possible."

"He's a strong guy," Seth says. "I'm not used to seeing him like that. I don't ever want to see him like that again."