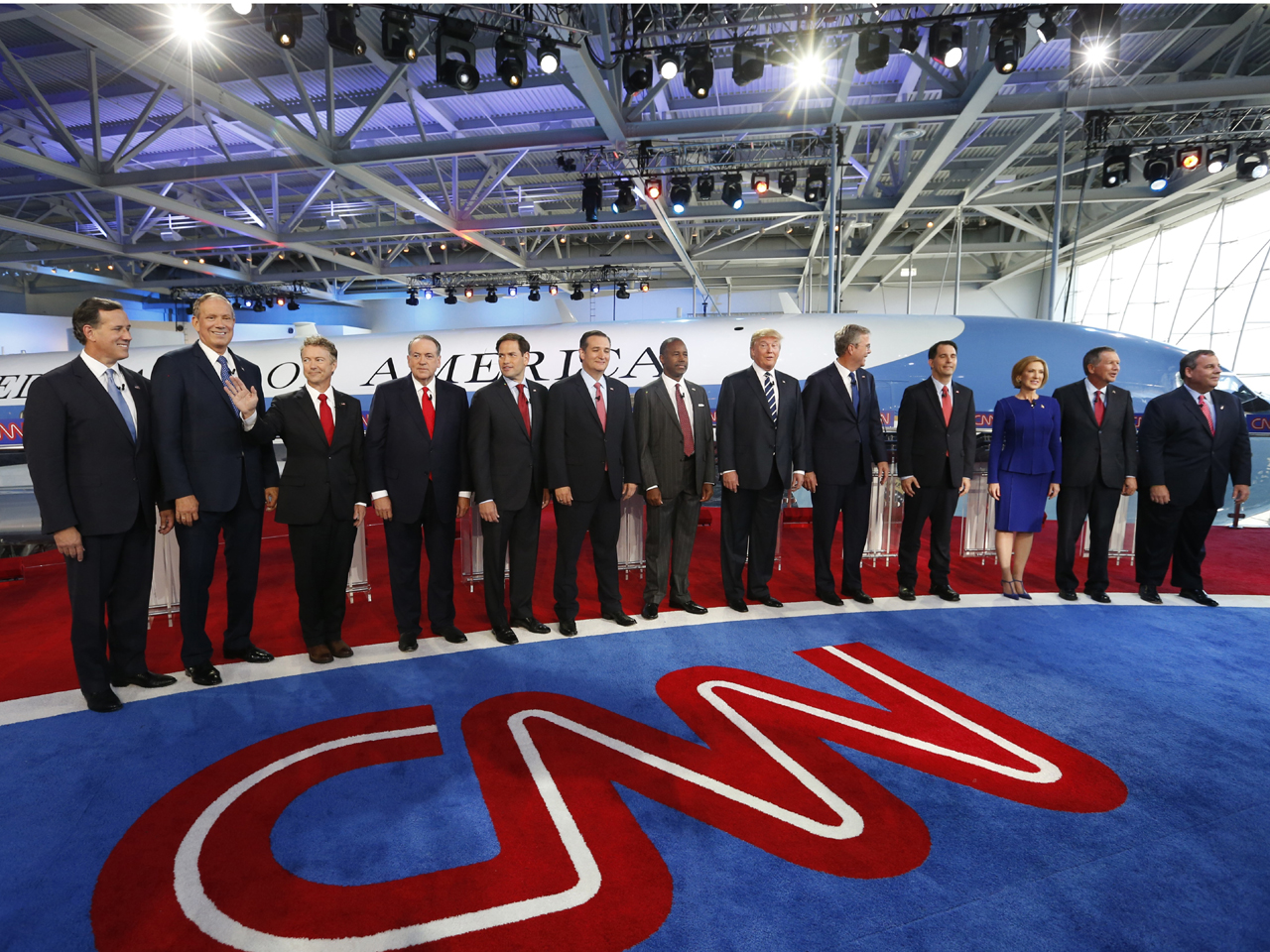 What should we do about climate change? When Jake Tapper asked that question at the Republican debate Wednesday night, the candidates were united in their view that the economic costs of fighting climate change are much larger than the potential benefits.

Florida Senator Marco Rubio, for example, said "Every proposal they (Democrats) put forward will make it harder to do business in America. Harder to create jobs in America." New Jersey Governor Chris Christie had similar sentiments. "We shouldn't be destroying our economy in order to chase some wild left-wing idea that somehow us by ourselves is going to fix the climate," he said. And Wisconsin Governor Scott Walker responded with: "We're going to put people -- manufacturing jobs -- this administration is going to put them at risk."

The skepticism among those on the political right about the benefits of addressing climate change could be at least partly based on the apparent pause in global warming from 1998-2013. But according to work from a group of researchers at Stanford University, that "hiatus" is a statistical artifact. The climb in temperatures hasn't paused at all.

Given that, and the voluminous scientific evidence indicating that global warming is a substantial threat, it's important to understand the extent to which climate change will affect the economy. Will the loss to GDP be large (so that the benefits of abatement are also large)? Will the impacts be equally distributed across geographic regions? Is it possible that some regions will actually benefit from global warming?

The Stern review, an often cited, well-known study of the effects of climate change commissioned by the U.K. government, found that the impacts would be substantial:

...if we don't act, the overall costs and risks of climate change will be equivalent to losing at least 5% of global GDP each year, now and forever. If a wider range of risks and impacts is taken into account, the estimates of damage could rise to 20% of GDP or more.

In contrast, the costs of action - reducing greenhouse gas emissions to avoid the worst impacts of climate change -- can be limited to around 1% of global GDP each year. ...

The message was clear. We must act now to mitigate the effect of greenhouse gas emissions, or face dire consequences in coming decades. The report also warned that even moderate changes will have "serious impacts":

Even at more moderate levels of warming, all the evidence -- from detailed studies of regional and sectoral impacts of changing weather patterns through to economic models of the global effects -- shows that climate change will have serious impacts on world output, on human life and on the environment.

All countries will be affected. The most vulnerable -- the poorest countries and populations -- will suffer earliest and most, even though they have contributed least to the causes of climate change.

My reading of the evidence -- and the totality of the work on this question comprises far more than just this report -- is that the consequences will be large, and the longer we wait to begin serious abatement, the larger the impacts will be.

However, to be fair, not all estimates from environmental economists are this dire. For example, recent work by Richard Tol of the University of Sussex finds that, "By and large, the negative impacts of climate change will fall on developing economies." In reference to the target of limiting temperature increases to 2ºC, Tol said, "breaking the 2ºC target is not a disaster. The most serious impacts are symptoms of poverty rather than climate change. Other impacts are unlikely to have a substantial effect on human welfare."

In fact, according to Tol's results, "Initial warming is positive on net." In the long-run, the effects would be negative, but it would not be a "disaster." And in "Climatopolis," Mathew Kahn at UCLA argued that human adaptability will allow us to avoid many of the predicted costs from rising global temperatures.

Who is correct? Will the economic impacts of climate change be serious or tolerable? For developing countries, the answer seems clear. The costs will be very large.

Think of it this way. You've been to several doctors, and they all tell you that while they can't be sure, they're almost certain you have a potentially serious disease, perhaps deadly. You must begin treatment immediately to lower the risks, and if you start now there's a good chance of halting the progression of the disease. The treatment is not pleasant, but every day you wait increases the chance that you won't be able to recover.

But you seek another opinion, and this doctor comes to a different conclusion. Yes, you do have something to worry about, but it's not life threatening, your body's defenses will do most of the work ("adaptability"). You can afford to wait to see just how bad it will get before undergoing the expensive, uncomfortable treatment.

What do you do? If it's me, I start treatment. The sooner the better.