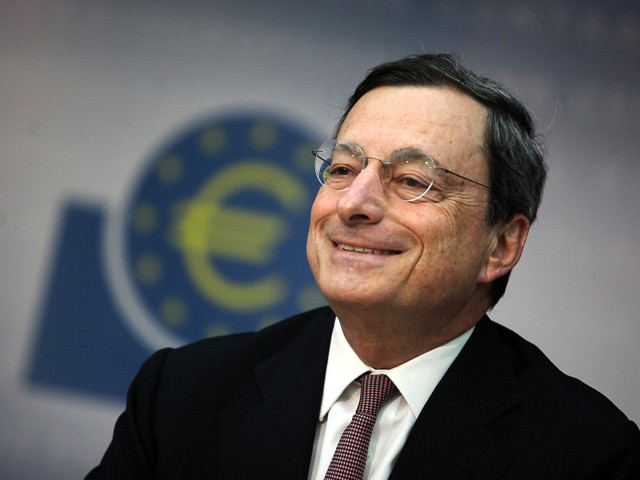 (MoneyWatch) Recent pledges by European leaders to save the eurozone seem to have temporarily quelled investor anxiety about the region's economic outlook. But for the rally to continue, financial markets will need to see concrete action soon.

European Central Bank head Mario Draghi said last week that "Within our mandate, the ECB is ready to do whatever it takes to preserve the euro. And believe me, it will be enough." This was followed by a similar vow from German Chancellor Angela Merkel, who in the past has put a damper on talk of ECB actions. European officials' reiteration of their commitment to strengthen the currency union, has pushed up global stock markets, with hopes also high that the Federal Reserve may announce measures to stimulate the U.S. economy as early as this week.

What could happen to the U.S. if Spain defaults?
A beginner's guide to the EU crisis
Is the EU ready to end Greece's bailout?

As a result, interest rates on Spanish and Italian government debt have receded. Yields on Spain's 10-year bond is down a full percentage, from a high of 7.62 on July 24. The rate on Italy's 10-year bond was around  6 percent, more than a half-percent lower from its high a week ago. At a bond auction Monday, Italy sold $6.74 billion in short- and long-term bonds at significantly lower rates than at a similar auction last month.

Many observers believe Draghi is signaling that the ECB plans to buy more EU government bonds on the secondary market, a program started in May 2010 but that has not been used in months. However, investors may grow restive -- pushing up Spain's and Italy's borrowing costs again, as has been the pattern in recent weeks -- unless Draghi outlines clear and specific actions at the ECB's monthly press conference on Thursday.

Investors remember that last December, when Spain also looked to be on the brink of needing a bailout, Draghi also seemed to imply that he would restart the bond purchases. Soon thereafter he denied meaning any such thing, while announcing generous loan terms for European banks that, at least for a time, shored up investor confidence.

Signs also suggest the EU is less prepared to take strong action than many investors believe. German finance minister Wolfgang Schaeuble last weekend denied reports he had changed his position opposing ECB bond purchases. And asked Monday about what actions the central bank would take, German government spokesman Georg Streiter also would say only that "it is the intention of all simply to send a very strong signal for the euro." He did not elaborate, instead pointing to recent comments by Jean-Claude Juncker, who heads the group of eurozone-member financial ministers, that any concrete remedies have yet to be decided.

Meanwhile, investors may wonder at the lack of any specific announcement to come out of Monday's meeting between Schaeuble and U.S. Treasury Secretary Tim Geithner. Financial markets have periodically surged throughout the European economic crisis on hopes for a solution, only to sag when contagion flared anew. Eventually, no amount of jawboning by EU officials may be sufficient to restore investor faith.