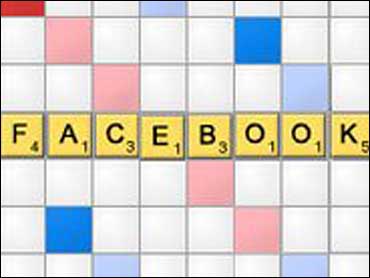 There's something funny about Facebook's handling of this week's Scrabulous affair.

One of the social network's most popular developer applications, as the Web well knows by now, was pulled by its creators after Scrabble parent company Hasbro filed a copyright and trademark infringement claim. The game returned several days later as Wordscraper, a redesigned and renamed game that's probably just different enough to keep Hasbro's lawyers away. And all the while, Facebook says that its only action was to forward Hasbro's complaint to the creators of Scrabulous.

What was so odd? Facebook's insistence on being a "neutral platform provider" in the situation. Because, to state the matter bluntly, it isn't.

The social network has a history of tightly policing activity on its developer platform, banning "Secret Crush" over a spyware claim, locking down applications believed to be spamming users, and occasionally raising developer ire with some of its more stringent regulations. The site even temporarily blocked Top Friends, a creation of widget powerhouse Slide, when a security hole was discovered.

Security and spyware are obviously serious issues, but so is the threat of lawsuits over intellectual property--just ask Viacom or the RIAA. And Facebook has dealt with IP issues on its platform before: "There was some early uproar when Facebook first permitted applications, about some of the music-sharing apps," said intellectual property lawyer Denise Howell, who writes the blog Bag and Baggage, citing concerns from watchdog groups that the widgets could be used for illegal file-sharing.

"What ultimately happened then was that the music-sharing apps very rapidly were tweaked, so that people weren't doing any actual file-sharing." Music applications such as iLike, with streaming songs and concert listings, have turned out to be some of Facebook's most reliable developer successes. And thanks to the legal experiences of Napster and Grokster, there's a fairly clear precedent as to what can get a content provider or tech company in trouble.

Facebook was running a similar, albeit less clear risk with this case. Rumors of Hasbro's beef with Scrabulous began to arise in January, and some legal experts now say that Facebook ran the risk of getting pulled into the matter for not acting on it. "(Hasbro) certainly could've saber-rattled and pushed the issue with Facebook," said Howell, "particularly under the Grokster decision from a few years back...Facebook has to be very careful, even if it's getting indemnity from the people who are putting applications on the site. That indemnity might not amount to much if there's very little there to back it up."

But here's the catch: Facebook wanted to keep Scrabulous around. In claiming a "neutral" stance, the company was actually taking the activist route.

That's because the social network is very willing to curate its own developer platform, at least passively--especially since it started getting jabs for being rife with pointless and spammy apps. "They're not really that neutral now," Forrester Research analyst Jeremiah Owyang said in an interview. "In fact, in last week's (F8 Conference) announcement, they (said) they are trying to award and sort out the good applications versus the not-so-good ones." That entails blocking spam applications, banning apps with security holes, tightening rules on music apps to ensure that takedown notices don't start rolling in -- and, yes, letting Scrabulous stay up and sort itself out.

Scrabulous was a Facebook favorite. Founder Mark Zuckerberg professed to being an active user, and company insiders spoke highly of the game. There was good reason for it: Scrabulous was a brainy game devoid of zombies and vampires, it was created by small-time developers rather than an "app factory," its roots in a classic board game gave it cross-generational appeal, and it was addictive enough to keep Facebook users glued to the site.

It was also extremely popular. If Facebook had pulled Scrabulous on its own, the PR ramifications could've been just as bad as getting ensnared in a legal tiff. Claiming to be "neutral," however dubious a claim, was a very calculated response on Facebook's part.

"It's posturing, but it's the way that they are ensuring that they're not in bed with their application makers for this purpose," Howell said. It also kept them ostensibly on the side of developers and fans, not corporate America.

Facebook's formal statement on developer policy says that the company "strive(s) to work with developers to correct any issues we discover, but when necessary we will act quickly to correct problems and ensure a safe and high-quality Facebook Platform experience for all."

The stringent legal standards we've seen with digital music and movies are different than the ones that apply to games, something that Facebook's astute legal team was undoubtedly aware of, said Pete Kinsella, an intellectual property attorney at the Faegre & Benson law firm. "I think that this is a questionable area of intellectual property law and it's not clear-cut," Kinsella said. "When things aren't clear-cut, you don't necessarily go and cut off peoples' access to platforms."

That's why Scrabulous was able to return as Wordscraper, with a new name, a redesigned board, and a different points system. Legal experts speculated that the India-based creators of Scrabulous, Rajat and Jayant Agarwalla, probably consulted lawyers to see exactly how much they would need to change in the game to make it no longer legally dubious, and have not said anything public connecting one game to the next. Assuming Hasbro's satisfied with the results, Facebook didn't need to do a thing -- and one of its prized applications is back, with a new round of press.

Plus, had Facebook taken a hand in the Scrabulous debacle, it would've set a messy precedent. "The thing is, there's 400,000 developers (using Facebook's platform), and they're trying to find ways to be successful, and that means copying games that are going to work," Owyang said. "So you're going to see more indicators of this." If Facebook had vocally pulled Scrabulous, goodness knows how many game companies would've come knocking on Zuckerberg's door in Palo Alto with complaints of their own.

And that wouldn't have been good, because there are plenty of games beyond Scrabulous that have been boosting Facebook's score on that coveted Valley rating scale, user engagement. "They're clearly trying to segment quality apps that help the user experience, versus ones that don't," Owyang said. Again, in doing nothing, Facebook was doing a whole lot.

"They're a private entity. They're not a public utility, (and) they're not an ISP," Howell said of Facebook. "It's perhaps disingenuous for Facebook to use the word 'neutral' in that kind of situation, because at the end of the day they do hold all the cards on what people can and cannot do on their site."