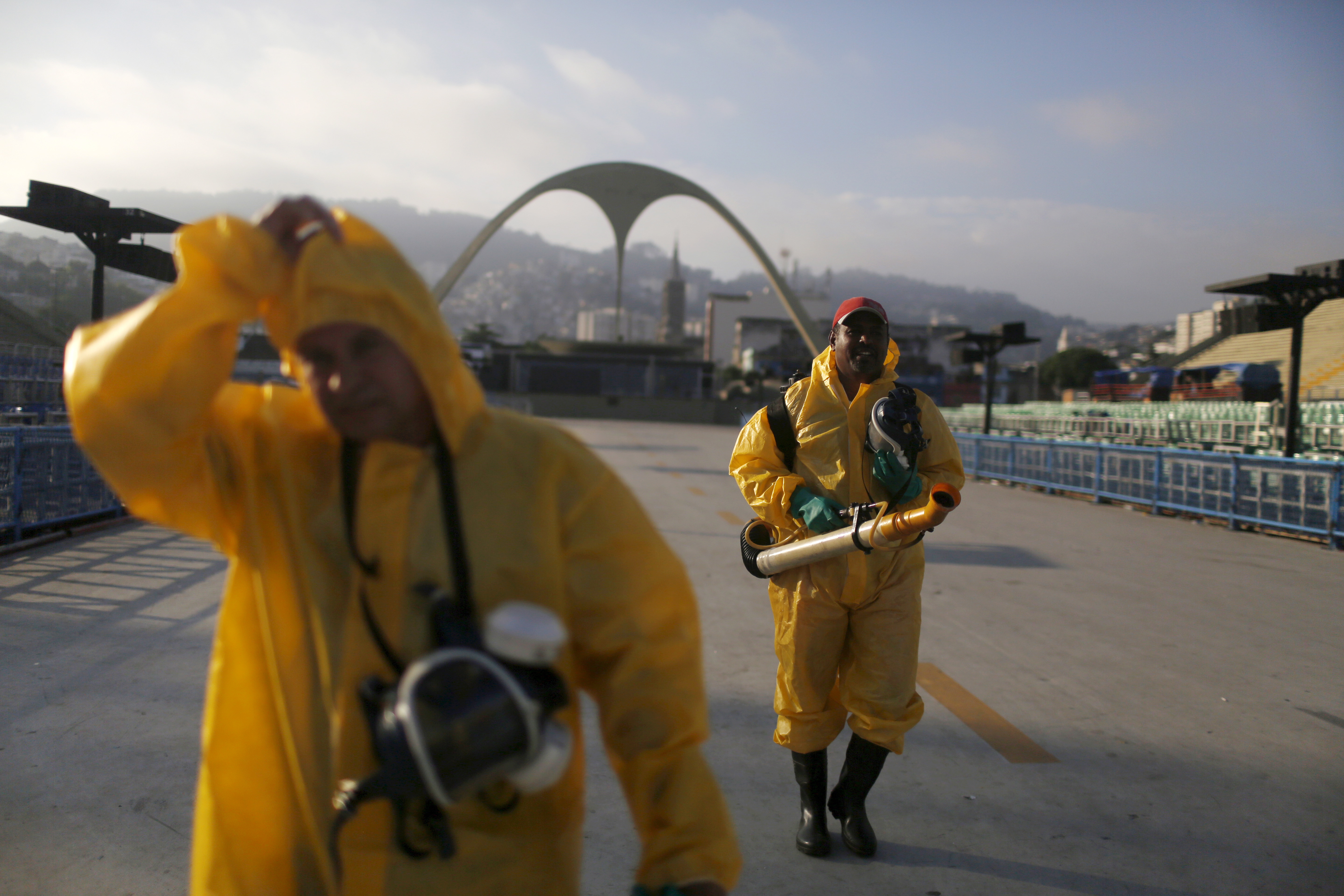 The U.N.'s World Health Organization (WHO) said Tuesday there is a "very low risk" of further international spread of Zika virus as a result of this summer's Rio Olympic Games, set to begin in 52 days.

Brazil is at the epicenter of the current Zika outbreak, with more than 100,000 cases of the mosquito-borne illness reported in that country. With more than a million spectators and 10,000 athletes expected to arrive in Brazil in less than two months, concerns are growing.

WHO previously issued a public health warning about "the Zika virus infection and its associated congenital and other neurological disorders," but Dr. David Heymann, chair of WHO's Emergency Committee on Zika, said Tuesday, "the risks are no different for people going to the Olympics than for other areas where there are outbreaks of Zika."

Zika has already spread through most of Latin America and the Caribbean, and more than 690 cases have been reported in travelers returning to the United States.

Zika poses a particular risk for pregnant women because it's been linked to a severe birth defect called microcephaly, where babies are born with abnormally small heads and possible brain damage.

Although Zika virus remains a global health concern, the WHO panel found "there is a very low risk of further international spread of Zika virus as a result of the Olympic and Paralympic Games, as Brazil will be hosting the Games during the Brazilian winter, when the intensity of the transmission of arboviruses, such as dengue and Zika viruses, will be minimal."

Heymann and Dr. Bruce Aylward, interim executive director of the Outbreaks and Health Emergencies Cluster, briefed reporters after the third meeting of an emergency committee on Zika, convened by WHO Director General Dr. Margaret Chan.

When it comes to Zika, "the individual risks in areas of transmission are the same whether or not a mass gathering is conducted, and can be minimized by good public health measures," the panel said.

The guidance from the experts' meeting includes:

The panel concluded that there should be "no general restrictions on travel and trade with countries [or] areas" associated with Zika transmission, in other words, no advice avoiding "non-essential travel" to the Brazil Olympics.

The committee also recommended that, going forward, countries should have a risk assessment prior to a mass gathering and that Brazil should intensify its mosquito control measures in the cities hosting Olympic events.

Earlier in June, the WHO advised women who live in areas where the Zika virus is spreading to consider delaying pregnancy due to the risk of birth defects. In some patients, the virus has also been linked to Guillain-Barré Syndrome, a neurological condition that can result in paralysis.

The U.S. Centers for Disease Control and Prevention offers additional advice for business travelers, encouraging them to consider delaying travel to areas with active Zika virus transmission, especially for those who are or may become pregnant or whose sexual partners may become pregnant.

The WHO was asked during the briefing about the Zika advice given last month in an open letter by public health professionals.

Those health professionals, led by Dr. Amir Attaran, a University of Ottawa professor, were invited to advise the panel but some objected to being asked to sign a confidentiality clause.

WHO media officer Nyka Alexander told CBS News, "Professor Attaran was invited to participate in the Emergency Committee. However, all potential participants of WHO IHR Emergency Committees are required to fill out a declaration of conflict of interest form and a confidentiality form before their participation is finalized. Professor Attaran did not agree to the standard confidentiality form."

Attaran responded, saying, "WHO made all the scientists on the Zika Emergency Committee sign a gag agreement which prohibits them openly speaking or disagreeing without WHO's permission, even if they have legitimate reasons."