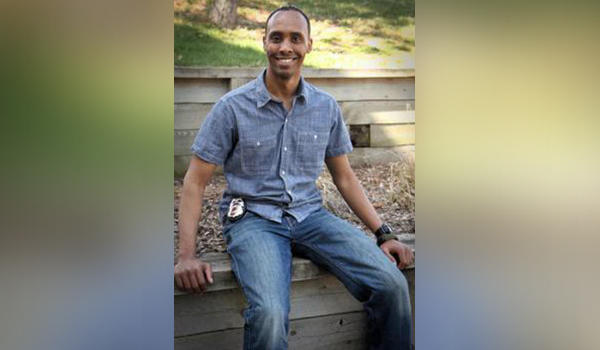 MINNEAPOLIS -- The year before he was accused in the fatal shooting of an Australian woman who had called 911, Minneapolis Officer Mohamed Noor's addition to the city's police force was lauded online by Mayor Betsy Hodges, reports the Minneapolis Star Tribune.

A city newsletter said hundreds of people attended a 2016 event to welcome Noor, who is Somali-American, to the department.

"I want to take a moment to recognize Officer Mohamed Noor, the newest Somali officer in the Minneapolis Police Department," Hodges wrote on Facebook in May last year. "Officer Noor has been assigned to the 5th Precinct, where his arrival has been highly celebrated, particularly by the Somali community in and around Karmel Mall. The community even hosted a meet and greet event (see pics) to welcome him. A wonderful sign of building trust and community policing at work."

On Saturday, Noor allegedly fired his weapon from the passenger seat of a squad car, striking and killing the woman, a law enforcement source told CBS News senior investigative producer Pat Milton. Citing an ongoing investigation by Minnesota's Bureau of Criminal Apprehension (BCA), Minneapolis police have offered few details about the shooting. Friends and family have identified her as yoga and meditation instructor Justine Damond, 40, an Australian woman who had called police to report what she believed was a sexual assault near her home.

The BCA said Noor, who was sitting in the passenger seat, fired past his partner Officer Matthew Harrity and hit Damond in the abdomen as she approached the driver's side. Harrity told investigators he was startled by a loud sound near the officer's squad car.

Messages left with Noor's attorney were not immediately returned Tuesday.

Noor has been on the force for 21 months while Harrity has been an officer for one year.

Meanwhile, The Associated Press is reporting that the BCA investigators are looking for a bicyclist who stopped and watched as officers gave medical aid to Damond. Officials say he is white, 18 to 25 years old and is a possible witness.

They're asking that he and and any other possible witnesses contact the agency.

Hodges said Tuesday that she, like the community and Damond's family, wants answers.

"I have the same questions everybody has: 'What happened?'" Hodges said in an interview on ABC's "Good Morning America."

Records from the city's Office of Police Conduct Review reveal some details about Noor's background. They show that Noor has had three complaints against him. Two are pending, and the third was dismissed without discipline. Under state law, details of open cases and cases that result in no discipline are not released.

The officer was also sued earlier this year after a May 25 incident in which he and other officers took a woman to the hospital for an apparent mental health crisis. The lawsuit claims Noor and the other officers violated the woman's rights when they entered her home without permission and Noor grabbed her wrist and upper arm. Noor relaxed his grip when the woman said she had a previous shoulder injury, the lawsuit says.

Thomas Plunkett, Noor's attorney, released a statement Monday to CBS Minnesota regarding Damond's death, saying that the officer "extends his condolences to the family and anyone else who has been touched by this event. He takes their loss seriously and keeps them in his daily thoughts and prayers."

He said Noor entered the police force to serve and protect the community and that he "takes these events very seriously because for him being a police officer is a calling." Plunkett described Noor as a "caring person with a family he loves and he empathizes with the loss others are experiencing."

"The current environment for police is difficult but Officer Noor accepts this as part of his calling. We would like to say more and will in the future," the statement read.  "At this time however, there are several investigations that are ongoing.  More importantly Officer Noor wants to respect the privacy of the family and asks the same in return during this difficult period."

The statement said Noor came to the U.S. at a young age. He joined the department in March 2015, CBS Minnesota reports, where he was the first Somali-American officer to serve in the department's fifth precinct team. The officer worked the "middle watch" evening shift is among nine Somali officers on the force, reports the Minneapolis Star Tribune. The 32-year-old is among more Somalis hired in recent years as the department continues its efforts to diversify.

To those in Minnesota's Somali community, the largest in the United States, he was seen as role model, and his hiring was celebrated.

"There is a shock that is happening that a Somali police officer shot and killed a woman in Minneapolis," Mohamud Noor, executive director of the Confederation of the Somali Community in Minnesota, told CBS Minnesota.

Mohamud Noor, who is not related to the officer, said "everyone was excited" when he joined the force.

"We're all excited when police officers look like the people that they serve," he said. "It opens a big door, whereby you feel welcome, you can trust, build that relationship. But this tragedy that happened separates that relationship from what the people are expecting."

According to the Star Tribune, Officer Mohamed Noor holds a degree in business administration, management and economics from Augsburg College. He reportedly worked in commercial and residential property management in Minneapolis and St. Louis and was also the general manager of an Eden Prairie hotel.

Divorce documents filed in December and obtained by the Star Tribune describe Noor as a caring, involved father who was at times struggled with the demands of his job. His mother often watched Noor's son while he worked, the paper reports. The family spoke Somali at home, but Noor reportedly insisted his son's first language be English.

Noor also battled for custody of his son, born in 2010. According to family court records, Noor and his son's mother met in college and never legally married. They split up when the boy was 3, but the two continued to share responsibilities and -- as best they could -- time.

Noor's job as a police officer did not give him a consistent work schedule, but he said in court documents that he made every effort to be with his son when he wasn't working. In 2015, the boy's mother tried to take him to New Jersey, and the legal battle over custody intensified. Noor said in an affidavit that his son was important to him and he did not want the boy to move.

An evaluator in the case observed Noor had a warm, loving relationship with his son and was patient as the two built Legos together. The evaluator said Noor never raised his voice and that his "even keel and calm demeanor may have ultimately been responsible" for calming the agitated child down, reports the Star Tribune.

In the end, the court sided with Noor, determining it was in the boy's best interest to be in Minnesota, where he had spent his whole life and was surrounded by extended family and the larger Somali community.

Abdikadir Hassan, a candidate for the Park Board seat in the Cedar-Riverside neighborhood, told the paper Noor "is inspiring to young people in the community."

"He is very supportive and good with the kids," Hassan told the paper.  "He is such a lovely guy."

CBS Minnesota reports that Noor and his partner Officer Matthew Harrity, who was driving the car, responded in a squad car Saturday to the 911 call that Damond's family said she made that night. Damond was allegedly talking to the driver when Noor opened fire from the passenger seat, and the bullet traveled past the officer in the driver's seat and through the open driver's side window, killing her, the law enforcement source told Milton.

The source told Milton it was unclear why Noor opened fire. He apparently had his gun drawn as he responded with the other officer, the source said.

There were no known witnesses other than the two officers in the car. A newspaper report said Damond was shot while standing alongside the car in her pajamas.

Officials said the officers' body cameras were not turned on and a squad car camera did not capture the shooting. Investigators were still trying to determine whether other video exists.

The Hennepin County Medical Examiner's office on Monday night said Damond died of a gunshot wound to the abdomen and classified her death as a homicide. The report identified her as Justine Ruszczyk, but she had begun using her fiance's last name professionally ahead of their planned August wedding.

Her fiance, Don Damond, said in an emotional statement Monday the family has been given almost no additional information on the circumstances leading to her death.

"We've lost the dearest of people, and we're desperate for information," he said. "Piecing together Justine's last moments before the homicide would be a small comfort as we grieve this tragedy."

Police Chief Janee Harteau called the killing a "tragic death" and said she understands why the community has questions.

"I've asked for the investigation to be expedited to provide transparency and to answer as many questions as quickly as we can," Harteau said.

Noor and Harrity have been placed on paid administrative leave, which is standard procedure following an officer-involved shooting.

"This is a tragedy -- that someone who's asking for help would call the police and get shot by the police," Hargrave said.