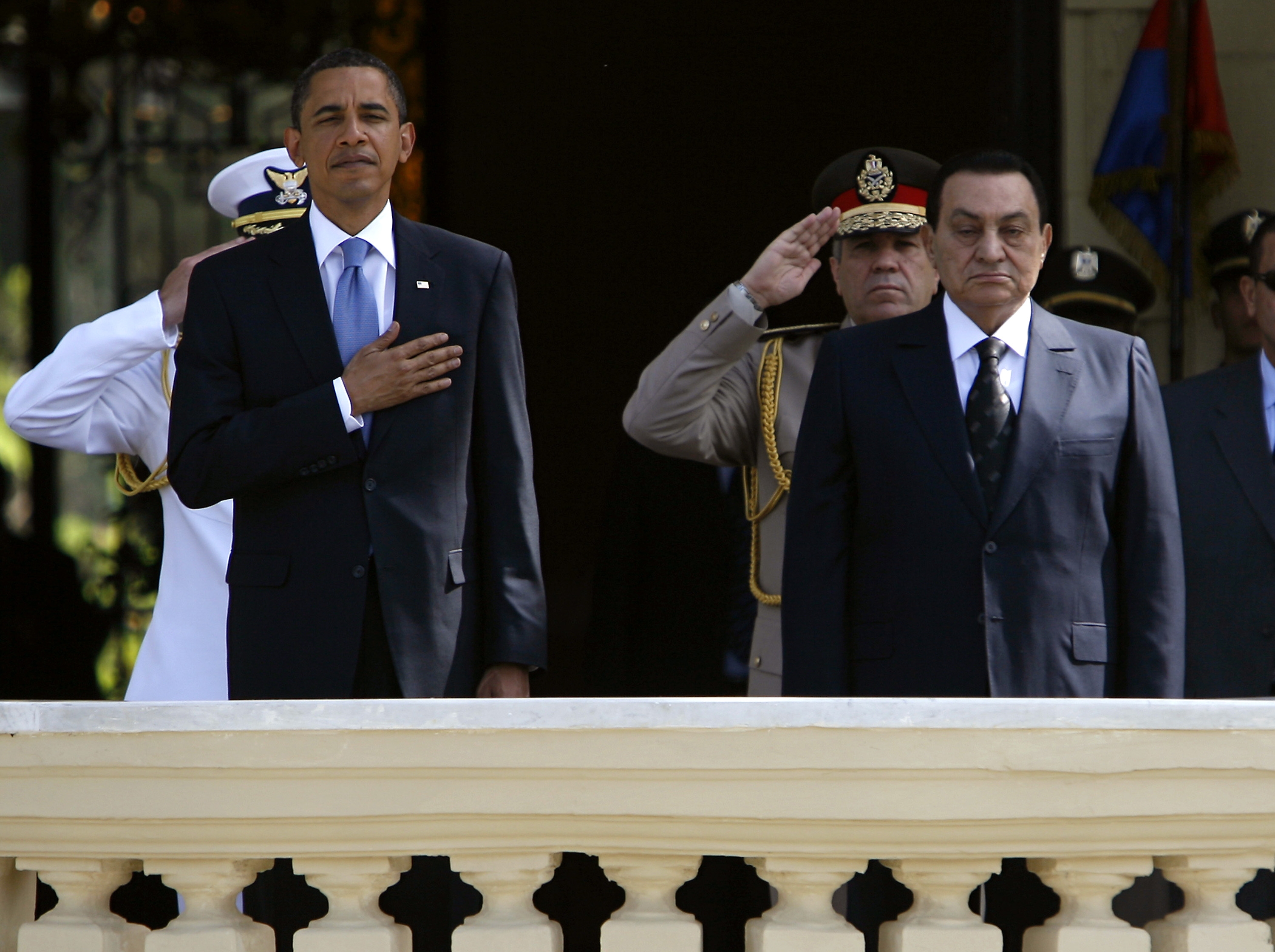 White House Press Secretary Robert Gibbs said Monday that it is "not for me or our government to determine" whether Egyptian President Hosni Mubarak should leave office amid massive protests against his rule.

Gibbs said the United States is "not picking between those on the street and those in the government."

Yet Gibbs also said the U.S. was seeking an "orderly transition" in Egypt. Asked what he meant with those words, the press secretary said the United States wanted to see "a process of negotiations with a broad cross-section of the Egyptian people, including those that are in the political opposition at the moment."

A reporter pressed: "Orderly transition means change. So by using those words, is the administration now admitting that President Mubarak should leave?"

"I do believe orderly transition means change," Gibbs said. "And what we've advocated from the very beginning is that the way Egypt looks and operates must change. That's why we believe we should increase the amount of freedom that is had by the Egyptian people on association, on assembly, on speech, on Internet, and open communication. "

"But that's not for us to determine what the parameters and what the limits of those are," he continued. "But undoubtedly transition in this case means change. There's no doubt about that."

Gibbs was pressed again: Are you saying Mubarak should be removed?

"No, again, that is not for our country or our government to determine," he said. "I don't think that people that seek greater freedom are looking for somebody else to pick what and how that change looks like."

Gibbs was also asked if the United States preferred that Mubarak, who has been in power for three decades, not run for reelection.

"The United States government does not determine who's on the ballot," he said. "The question is whether or not those elections are going to be free and fair. That's what we would weigh in on and weigh in on strongly." Officials have expressed concern that U.S. support for a potential Mubarak replacement could have adverse consequences for that candidate.

The United States has long seen Egypt as an important ally that has helped maintain stability in the region, and sends the country $1.5 billion per year in (primarily military) aid despite longtime concerns about human rights abuses.

One concern among U.S. policymakers is that the fall of Mubarak could mean the ascendency of a militant Islamist government similar to the one that formed in Iran following its revolution more than 30 years ago. Gibbs was asked if the Obama administration was concerned that the Muslim Brotherhood, the established Islamist opposition group, in Egypt will take power if Mubarak falls.

"Well, look, I think that, as I said here last week, I think that from what we can see, it's not accurate to say that those protesting are made up of one particular group or one ideology," he responded. "And I think it is clear that that increase in democratic representation has to include a whole host of important non-secular actors that -- that give Egypt a strong chance to continue to be the stable and reliable partner that the world sees in the Middle East."

Gibbs later said he wants "to be very clear" about his position about whether Mubarak stays or goes.

The comments come after the Associated Press, citing a pair of unnamed American officials, reported that "the U.S. government would prefer that Mubarak, 82, not run for re-election." The White House said emphatically that that position does not reflect administration policy.