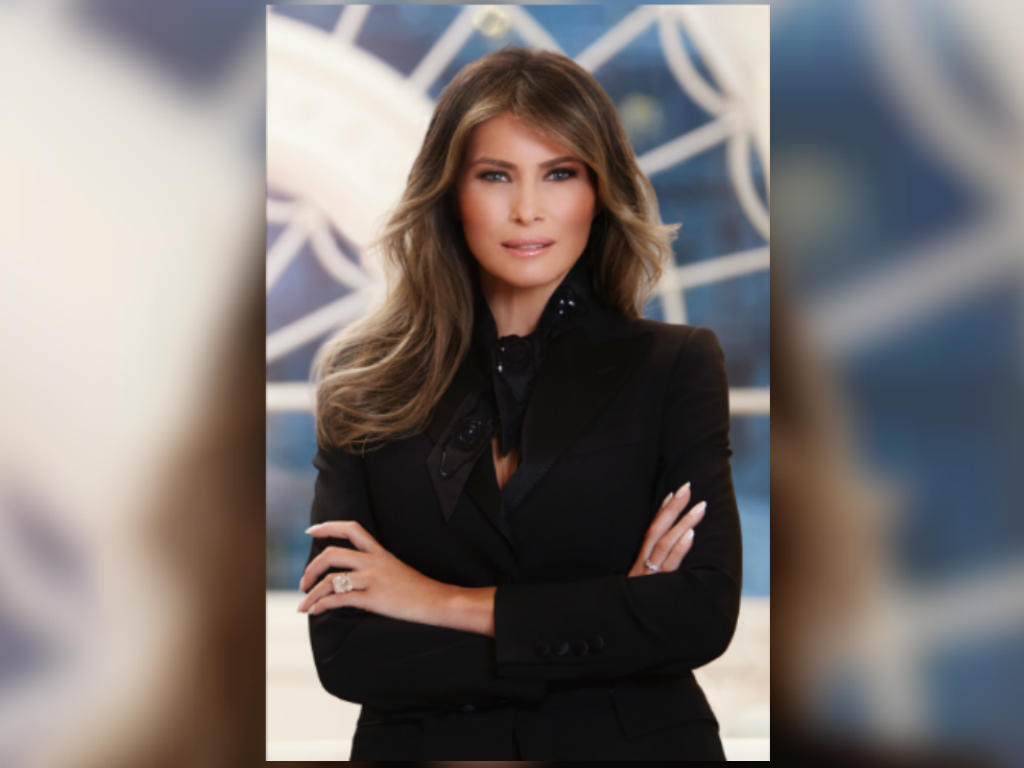 WASHINGTON -- The White House announced the release of the first official portrait of first lady Melania Trump, which, according to a press release, was taken “in her new residence at the White House.”

Though she has not yet moved here, the White House told CBS News that Melania Trump “is looking forward to being here full time once Barron is out of school, but this is still her new home.”

The bio of the first lady on the White House website notes that Trump, born Melania Knavs, is a model from Ljubljana, Slovenia who moved to New York in 1996. It also listed her magazine covers -- Vogue, Harper’s Bazaar, British GQ, InStyle, among others, and her major layouts in Sports Illustrated Swimsuit issue, Allure, Vanity Fair and others.

Melania Trump is currently living in New York with the Mr. Trumps’ son, Barron, who is still in school. She has appeared at and hosted a few events as first lady, most recently an event honoring international women of courage. And she will join her husband in hosting Chinese President Xi Jinping and his wife in Mar-a-Lago at the end of the week.