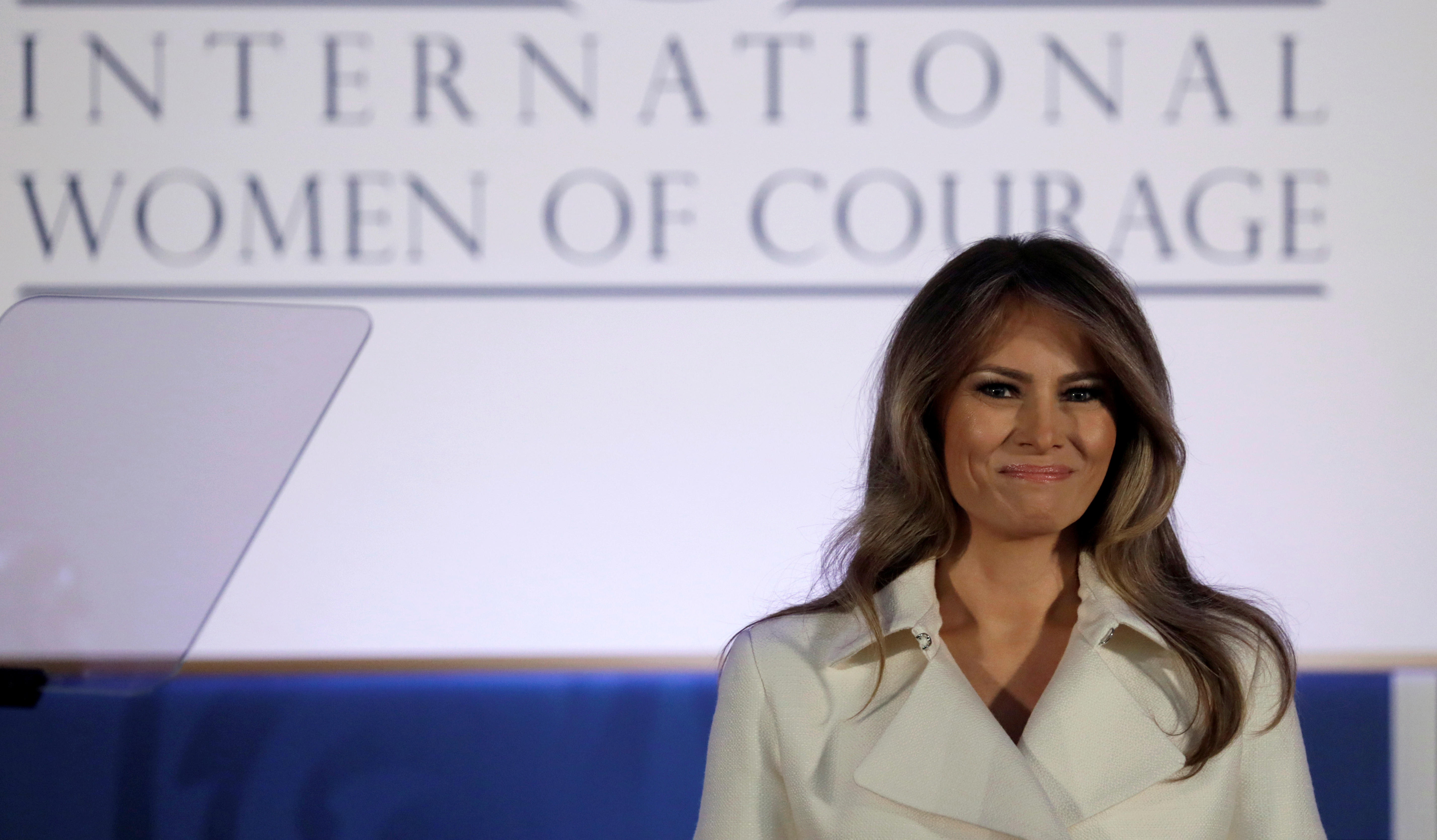 First Lady Melania Trump made a rare public appearance Wednesday morning when she spoke and presented awards at the International Women of Courage Awards.

In brief remarks, Trump honored the honorees, who she said are “remarkable and inspiring women who have given so much for so many, regardless of the unimaginable threat to their own personal safety.”

The International Women of Courage Awards were launched in 2007 by then-Secretary of State Condoleezza Rice. The ceremony, which takes place at the State Department in D.C. each year, honored 12 women from around the world.

“Each one of these heroic women has an extraordinary story of courage which must inspire each of us to also achieve more than we had ever imagined possible,” she said. “Their lives remind us of the boundless capacity of the human spirit, when guided by moral clarity and desire to do good.”

Trump praised the honorees, asking the audience to envision whether they would have had the “fortitude of spirit” to do what the honorees had done.

“The time for empowering women around the world is now,” Trump said.

Trump, who is still living in New York with the Trumps’ youngest son Barron while he finishes the school year, has kept a significantly lower profile than other recent first ladies, appearing at just a handful of public events since her husband took office in January. During Japanese Prime Minister Shinzo Abe’s visit to the U.S. last month, she went to the Morikami Museum and Japanese Gardens in Florida last month with Abe’s wife, Akie Abe. And earlier this month, she held a luncheon at the White House to celebrate International Women’s Day. As first lady, Melania Trump has also promised to fight cyber bullying.