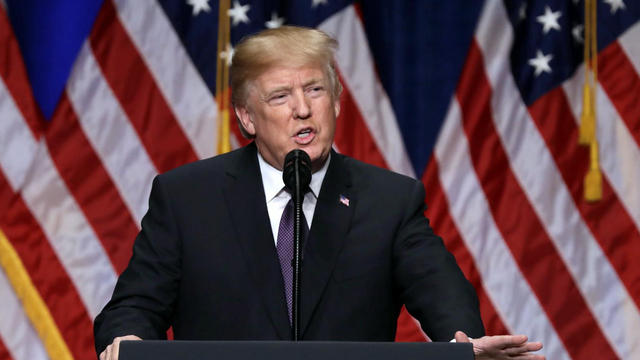 Fighting to stave off another special election embarrassment, the White House is strengthening its final-days offensive in western Pennsylvania.

President Donald Trump has long been scheduled to rally voters on Saturday behind Republican congressional candidate Rick Saccone, a state representative whose underwhelming campaign has some Washington-based Republicans fearing the worst. It will be the president's second visit to the district on Saccone's behalf. Daughter Ivanka Trump appeared with Saccone in a separate visit last month as well and praised him as "a champion" for Republican priorities.

The national GOP confirmed late Wednesday that Trump counselor Kellyanne Conway would visit the region on Thursday and the president's eldest son, Donald Trump Jr., would campaign for Saconne on Monday, the eve of the election.

The high-profile reinforcements from the president's orbit were welcomed by Saccone, who has wholeheartedly embraced Mr. Trump in his message to Pennsylvania's 18th Congressional District, a region that extends from the Pittsburgh suburbs to West Virginia that Mr. Trump carried by nearly 20 percentage points in 2016. With the election just days away, polls suggest that Saccone is essentially tied with Democrat Conor Lamb, a Marine and former federal prosecutor who has never before run for office.

Former Vice President Joe Biden campaigned on Lamb's behalf earlier in the week, but national Democrats were not expected to bring in additional high-profile surrogates in the campaign's waning days.

"We've got Donald Trump. We've got his son. We've had Ivanka. What does the other side have? They've have crazy uncle Joe Biden," Saccone told two dozen supporters gathered in a Greensburg campaign office on Wednesday.

"Everybody wants to help," the Republican candidate continued. "It's like President Trump with winning — there's so much help we're going to get tired of help."

The White House is not taking any chances in the latest Trump-era special election, knowing that the result will inevitably reflect upon the president.

Democrats have over-performed in virtually every contest across the country since Mr. Trump took the White House. And the sting of the GOP's embarrassing December defeat in Alabama's special Senate race, in which Trump lent his name and time to failed Republican nominee Roy Moore, is still fresh.

Beyond surrogates, the Republican National Committee, which is the White House's political arm, has spent more than $1.1 million so far to support Saccone, said committee spokesman Rick Gorka. Other national groups allied with the GOP have spent nearly $8 million on advertising in the race, which is more than seven times the amount invested by national Democratic allies not affiliated with the Lamb campaign.

"The RNC is heavily focused on winning this race," Gorka said.

The Office of Special Counsel, which is unrelated to Robert Mueller's office, said Conway violated the Hatch Act twice last year when she spoke out in support of Moore in Alabama's Senate race. The White House disputed the independent agency's findings.

"This is the first I'm hearing about it," he told The Associated Press in a brief interview. "I think our ground game is just really strong. It's people that are from here talking to neighbors and going to their churches. I just think that's a lot stronger."