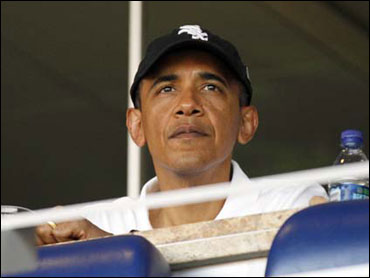 Obama spokesman Bill Burton on Monday defended Obama's leisure activities amid some Republican criticism that Obama should not be scheduling fun time during the Gulf oil spill crisis.

In a statement yesterday, Republican National Committee Chairman Michael Steele called out the president after he went golfing and attended a baseball game Saturday.

But Burton said Americans stand by the notion that "their president ought to have a little time to clear his mind." He said Obama relaxed after a week in which he got help for victims of the oil spill and traveled to Ohio to speak on the economy, among other work. Burton said that having time to himself "probably does us all good."