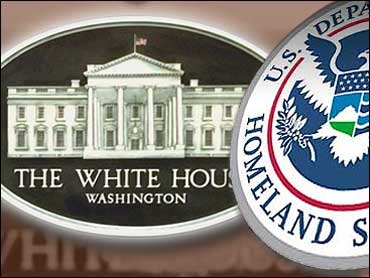 The administration is stepping up its efforts to curb the influence that groups like ISIS have in the United States with a new permanent, interagency task force.

The Countering Violent Extremism (CVE) Task Force will be hosted by the Department of Homeland Security (DHS), with leaders coming from both DHS and the Justice Department (DOJ). The FBI, the National Counterterrorism Center and other federal agencies will also be involved.

"Countering violent extremism has become a homeland security imperative, and it is a mission to which I am personally committed," DHS Secretary Jeh Johnson said in a statement.

The administration has been working on its CVE efforts for years. In 2011, it issued a "National Strategy on Empowering Local Partners to Prevent Violent Extremism in the United States." In spite of its efforts, the White House has seen the influence of groups like ISIS on Americans increase, shown at its worst when the husband and wife team of Syed Farook and Tashfeen Malik shot 14 people in the San Bernardino, California last month.

Over the past year, the White House has been ramping up its efforts. Last February, it hosted a Summit on Countering Violent Extremism, and last year, DHS established its Office of Community Partnerships to build relationships with "trusted communities" who could help thwart extremist messages.

Then in the summer of 2015, representatives from 11 departments and agencies took a fresh look at the 2011 "Strategy." The new task force aims to fill the gaps identified in the Strategy, such as coordinating and prioritizing CVE efforts across agencies, and communicating those efforts to the public. More specifically, the task force will organize CVE efforts in areas such as research and analysis, technical assistance, and helping to develop "intervention" programs.

In addition to creating this new task force, the administration announced Friday the State Department is establishing a Global Engagement Center, allowing the department to focus more on lifting up the voices of its international partners and to shift away from direct messaging. The U.S. government is aiming to appear more credible abroad by presenting its point of view through local partners.

The new efforts were announced on the same day senior White House officials were meeting with representatives from Silicon Valley to discuss ways the tech sector can work with the government to combat terrorism.