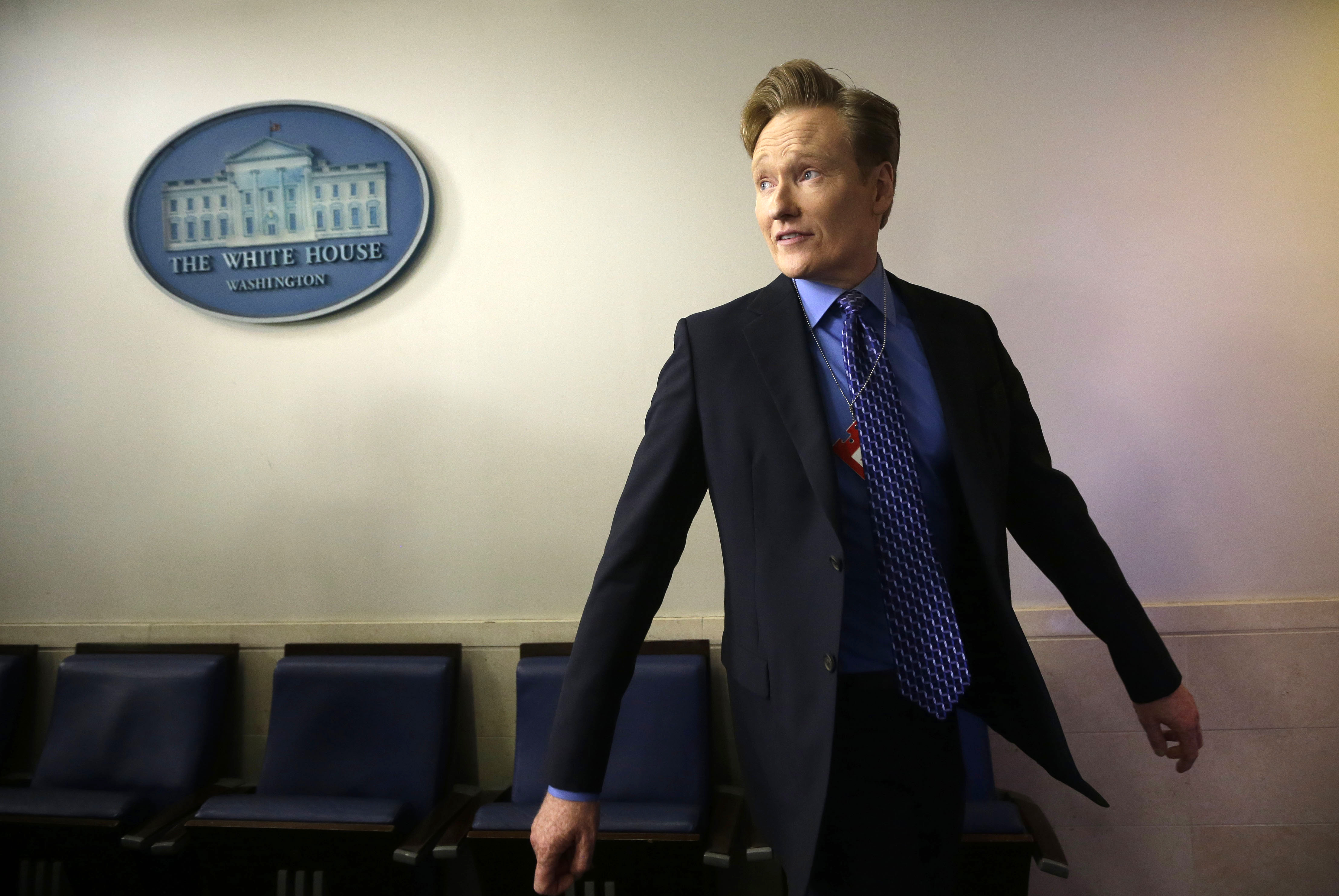 The 2013 White House Correspondents' Dinner is almost upon us, and as much of the nation yawns, Washington is in a tizzy.

The annual event - a gathering of political journalists, power players, and celebrities who apparently made a wrong turn on the way to Los Angeles - is what passes for a star-studded event in normally humdrum Washington, D.C.

Ostensibly a dinner, the event has evolved into much more - a charity gala, according to the White House Correspondents Association, which has sought to downplay the celebrity angle amid concerns that it was overshadowing the important work done by journalists and those they cover.

After recent dinners were criticized by several veteran journalists as too Hollywood (Lindsay Lohan and several Kardashians, for example, have attended in recent years), White House Correspondents' Association president Ed Henry, of Fox News, is taking pains to emphasize that his organization disburses over $100,000 in scholarship money to prospective students at the dinner each year.

The highlight of every dinner is a pair of dueling comedic appearances - one from a headliner, and one from the president himself, who usually seizes the opportunity to zing friend and foe alike, including some of the very people whose job it is to hold his feet to the fire.

While the event has come under fire recently for highlighting the perhaps-too-incestuous relationship between politicos and the press, it is without a doubt Washington's most star-studded annual gala - a chance for the ground-on-down masses in the nation's capital to throw back a few cocktails and have some fun at each other's expense, if only for an evening.

This year's dinner promises to be a big affair, with comedian and late-night talk show host Conan O'Brien scheduled to headline the evening. O'Brien finds himself headlining the event on the heels of tragedies in Boston and Texas, which may be a familiar experience: his last stint as the dinner's headliner - in 1995 - came two weeks after the Oklahoma City bombing. Then-President Bill Clinton referenced the timing, telling the dinner guests, "You know, I practiced for this night. I had all this humor and everything. But I think you will all understand that--and I hope my wonderful comedy writers will understand--if I take a few moments tonight not to be too funny here ... because of the tragedy in Oklahoma City, which has captured us all and which still is the focus of our efforts, for understandable reasons tonight, as the rescue workers are still laboring and as the law enforcement officers are still working."

As Washington waits with bated breath for Saturday night's soiree - along with the seemingly endless brunches, cocktail hours, pre-parties and after-parties - here's a look at some memorable moments from years past:

In 2012, the marquee jokester was comedian and late night talk show host Jimmy Kimmel, and his performance was well-received, but the evening was stolen by Mr. Obama, who took the opportunity to skewer his Republican opponent just as the 2012 election was entering high gear.

The president also teased his rival for having once driven his family during a vacation with their dog, Seamus, strapped to the roof of his car. Showing a picture of Air Force One with a dog crate attached to the roof, Mr. Obama remarked, "We've all agreed that families are off limits. Dogs, however, are fair game."

In 2011, Saturday Night Live funnyman Seth Meyers headlined the dinner, and during his routine he cracked a joke about Osama bin Laden. "People think Bin Laden is hiding in the Hindu Kush [mountains]," Meyers said, "but did you know every day from 4 to 5, he hosts a show on C-SPAN?"

Although he did not know it, Meyer's ribbing of C-SPAN (a joke only political journalists could love), would come at a pivotal moment during the international manhunt for the wanted fugitive, who masterminded the 9/11 terror attacks - just one day earlier, Mr. Obama signed off on a covert operation that eventually led to the death of the al Qaeda leader.

Mr. Obama, for his part, laughed right along with the audience, betraying not a hint of the decisive action of the previous day that soon brought justice to the world's most wanted man.

The president sarcastically commended Trump on taking a stand on a matter of such grave importance. "No one is prouder to put this birth certificate matter to rest than the Donald," Mr. Obama said. "And that's because he can finally get back to focusing on the issues that matter, like, did we fake the moon landing? What really happened in Roswell?"

"All kidding aside, we know about your credentials and your breadth of experience," Mr. Obama joked, recalling a recent episode of Trump's show, "Celebrity Apprentice", in which Trump was forced to fire actor Gary Busey instead of rapper Lil John or singer Meatloaf. "These are the kinds of decisions that keep me up at night," the president said. "Well handled, sir - well handled."

Trump could only look on, stone-faced, as the president roasted him.

"I am glad that the only person whose ratings fell more than mine last year is here tonight - great to see you, Jay," said the president, looking at Leno, who was fresh off a highly publicized spat with NBC.

Leno, for his part, returned fire ably, poking fun at the caricature of Mr. Obama as a big government liberal. "I had the privilege of meeting President Obama a number of times, and it always surprises me to hear critics describe the president as cold and aloof," Leno said. "I've never found him that way. He loves to socialize - healthcare, car companies, things of that nature."

"I want to congratulate President Obama," Leno continued, "he has done more than anyone for the American car industry, except for Toyota."

In 2009, the first White House Correspondent's Dinner during the Obama presidency, the headliner was comedian Wanda Sykes, who spent most of her monologue slapping around the president's detractors.

"Mr. President," she said, "You've had your fair share of critics...Rush Limbaugh, one of your big critics, boy - Rush Limbaugh said he hopes this administration fails. So you're saying 'I hope America fails.' You're like, 'I don't care about people losing their homes, their jobs, or our soldiers in Iraq.' He just wants our country to fail."

Sykes minced no words in her reaction: "To me, that's treason. He's not saying anything differently than Osama bin Laden is saying. You know, you might want to look into this, sir, because I think Rush Limbaugh was the 20th hijacker, but he was just so strung out on Oxycontin, he missed his flight."

"Rush Limbaugh - 'I hope the country fails'," she continued. "I hope his kidneys fail, how about that? He needs a waterboarding, that's what he needs."

Some critics thought Sykes' joke was inappropriate, given Americans' continued sensitivity about terrorism, and especially in light of Limbaugh's well-publicized struggle with opiate addiction.