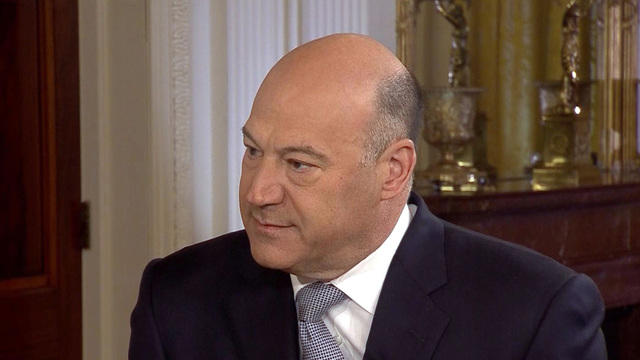 "Do we have the votes for health care? I think we do," Cohn said in an interview with "CBS This Morning" during a special broadcast live from the White House. Cohn serves as the director of the National Economic Council.

"We're going to get health care down to the floor of the House," he added. "We're convinced we've got the votes and we're going to keep moving on with our agenda."

During a separate interview on "CBS This Morning," Priebus was also asked if a health care bill will happen this week.

"I certainly hope so," he said. "I think it will happen this week," adding that it would be "one of the fastest pieces of signature legislation to go through for a president since Roosevelt."

House GOP leaders decided to delay a vote on the revised bill last week, as it seemed like they were struggling to win over skeptical members of their conference.

Cohn also defended President Trump's plan unveiled last week to overhaul the tax system. He described it as a tax bill that would help the middle and lower classes because he said it doubles the personal exemption and eliminates deductions that were added to tax legislation over the years. He explained that the plan would make wealthier people pay more taxes on a much broader swath of income.

As for how it would affect the deficit, Cohn said the administration doesn't know yet how it will score, but he said if Congress is able to "eliminate as many of the deductions as we can...if we get them all out, I'm pretty sure it's going to score quite favorably."

Asked what it's like as a registered Democrat working in Mr. Trump's White House, Cohn said the president likes "lots of different opinions" and always "wants to hear the pros and cons of every decision."

"I came from a very team-oriented environment. The White House is no different," he said.