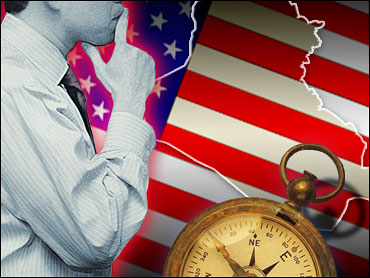 Even though their country has been at war there for three years, six in 10 young American adults were unable to locate Iraq on a map of the world, a survey found.

They did little better with their own country: Despite the wall-to-wall coverage of the damage from Hurricane Katrina, nearly one-third of Americans between the ages of 18 and 24 could not locate Louisiana, and nearly half were unable to identify Mississippi, according to a Roper poll conducted for National Geographic.

"Geographic illiteracy impacts our economic well-being, our relationships with other nations and the environment, and isolates us from the world," National Geographic president John Fahey said in announcing a program to help remedy the problem. It is hoping to enlist businesses, nonprofit groups and educators in a bid to improve geographic literacy.

"Only 50 percent of the kids could find New York State on a map of the United States, and only slightly better than that for Louisiana, and particularly, given what we all have gone through in Louisiana recently, I was just really surprised to see that," Fahey told CBS Radio News.

Planned is a five-year, multimedia campaign called My Wonderful World that will target children ages 8 to 17. The goal is to motivate parents and educators to expand geographic offerings in school, at home and in their communities.

They will have their task cut out for them, judging by the results of the survey of 510 people interviewed in December and January.

"Reading maps — you know, getting from one place to the next, in terms of driving or walking, of course, was viewed as important, but being able to find a place, particularly outside of this country, on a map, was not viewed by the majority to be an important thing," Fahey said.

"It's easy to be isolated from everything else. It's easy to think that culturally, geographically, in terms of one's experience, in terms of media, 'all I need to know is right here and I don't need to worry about what's happening in those other places,'" Fahey said.

"Geography exposes children and adults to diverse cultures, different ideas and the exchange of knowledge from around the world," said Anna Marie Weselak, president of the National PTA. "This campaign will help make sure our children get their geography — so they can become familiar with other cultures during their school years and move comfortably and confidently in a global economy as adults."