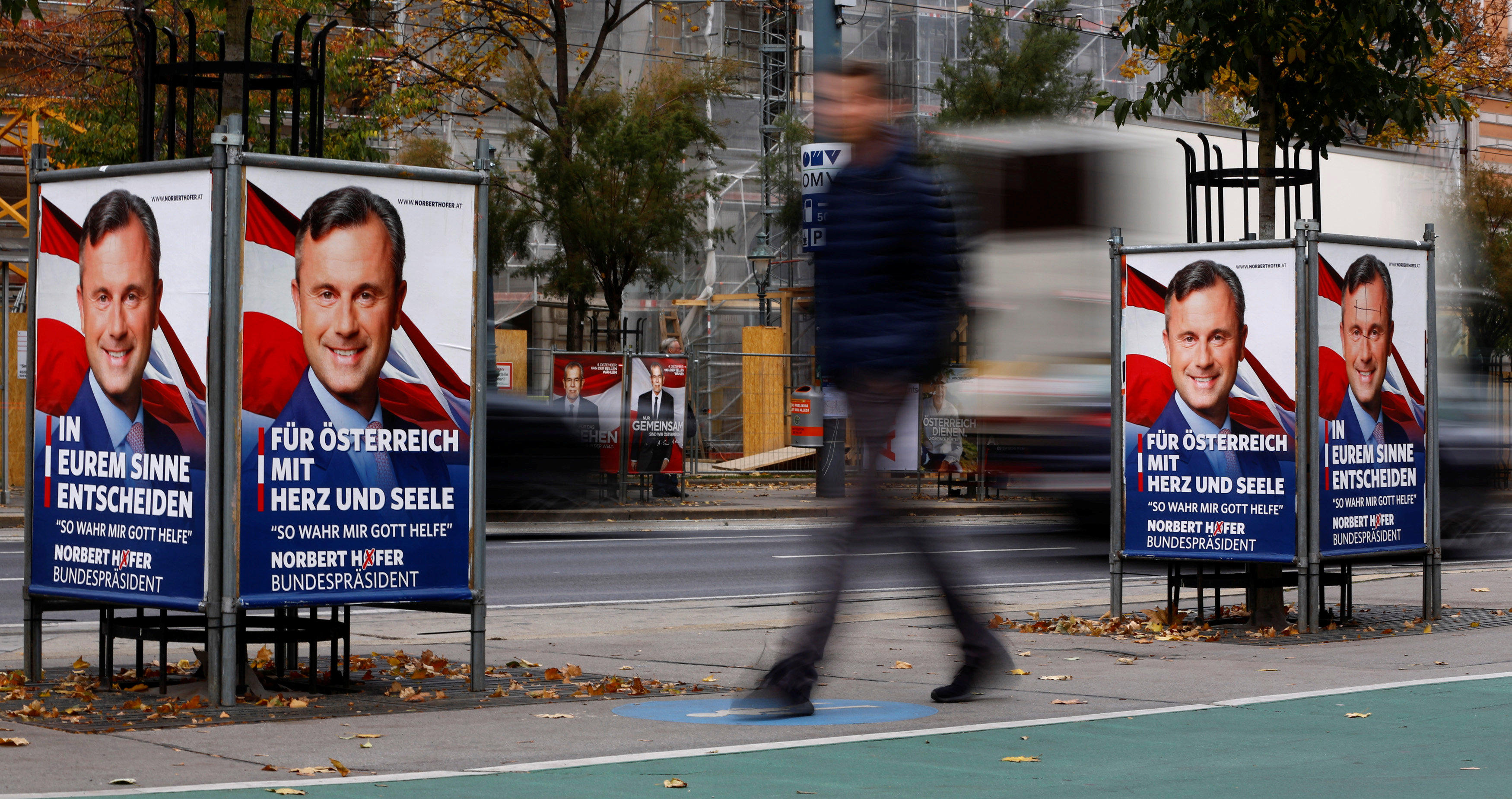 During his presidential campaign Donald Trump repeatedly boasted that if he were to win the White House, it would be an extension of the same sentiments that led to the United Kingdom’s surprise vote to leave the European Union this June. (“It will be called Brexit-plus-plus-plus,” he said on Monday.)

Trump stunned Washington—and the world—Tuesday night when he defeated Democrat Hillary Clinton and was elected as the country’s 45th president. But the same sentiments and discontent that fueled his rise are at play across the world, including in several countries slated to hold elections in the coming months.

The brand of right-wing populism and economic nationalism Trump and his supporters championed is alive and well in more places than one around the world, and citizens of those countries no doubt watched Tuesday’s results roll in with interest.

With that in mind, here is a guide to where else in the world to watch for a Trump-like phenomenon at the ballot box:

Austria, the country of just under 9 million people in central Europe, could be just weeks away from electing the first far-right head of state in the European Union.

Norbert Hofer, head of the far-right Austrian Freedom Party, lost the May runoff election by less than one percent of the vote. However the results of that vote were annulled by a federal court—prompting the re-vote, which will take place on Dec. 4.

Hofer has campaigned on a platform of “putting Austria first,” calling for a referendum on the country’s membership in the European Union. And as Europe reels from the Syrian refugee crisis, Hofer has said Islam “has no place in Austria.”

In Austria, the presidency is a largely ceremonial role. But if elected, Hofer’s rise could portend similar movements across Europe—and make Austria’s neighbors, particularly Germany, nervous for their own elections in less than a year.

The Netherlands, too, is facing the possibility that a far-right party could lead its government after the country’s general elections next March: a man by the name of Geert Wilders. (Wilders, with his helmet of blonde hair, has even drawn visual comparisons with Trump.)

Wilders, who leads the country’s Freedom Party, has risen to prominence on a platform of halting what he calls the “Islamization of the Netherlands.” He has proposed halting all construction of new mosques, banning the Quran from the country and ending Muslim immigration. Like other right-wing populist movements across Europe, Wilders’ Freedom Party is also anti-European Union.

Speaking at an event in Cleveland for the Republican National Convention this summer, where he traveled to show his support for Trump, Wilders said he expects to become the next prime minister if the Freedom Party comes in first place in March.

It’s fairly telling that one of the first world political figures to congratulate Trump on his victory early Wednesday morning was Marine Le Pen, the leader of the far-right French National Front party.

France votes in two stages: the first round on April 23 includes all parties, then the top two vote-getters advance to the second-round election on May 7. Because current French president Francois Hollande is hugely unpopular, there is a good chance Le Pen could edge him out to become one of the two candidates in the second round of voting.

In recent polls, Le Pen consistently comes in first or second along with a Republican candidate, either Alain Juppé or former President Nicolas Sarkozy. (The Republican primary will be held this Nov. 20 and 27.)

It’s highly unlikely Le Pen could do what her father couldn’t and actually win the presidency in the second round: in one-on-one polling simulations between Le Pen and Juppé or Le Pen and Sarkozy, she loses by double digits. But she will undoubtedly be one of the biggest players in French politics next year.

The rise of Germany’s anti-immigrant party Alternative für Deutschland (AfD) is one of the best-covered right-wing populist movements in the world right now, after Brexit and Trump—and AfD is poised to win seats in the Bundestag, Germany’s national parliament, when the country votes in its federal elections next fall.

The party, which launched in 2013 as a party for Euro-skeptics, won 4.7 percent in the 2013 German federal elections—just shy of the 5 percent threshold for receiving seats in the Bundestag. But as German Chancellor Angela Merkel directed Germany to accept large numbers of Syrian refugees, AfD rebranded itself as an anti-immigrant party and capitalized on the growing fear and negative sentiment toward migrants.

AfD has already posted some victories in state elections around Germany, most notably in Saxony-Anhalt (where it came in second with 24.2 percent of the vote), Mecklenburg-Vorpommern (where it came in second with 20.8 percent) and Baden-Württemberg (where it placed third with 15.1 percent). Even in Berlin, which is a stronghold for the center-left Social Democrats, AfD won 14.2 percent of the vote in this fall’s state elections.

To be clear, it’s incredibly unlikely that AfD would ever come in first in Germany’s federal elections, slated for next September or October. Merkel’s party, the center-right Christian Democrats, has a large majority in the Bundestag; assuming Merkel chooses to run again next year, she is the favorite to win a fourth term in office. But AfD’s rise has concerned longtime politicians and party operatives in Berlin, who will likely have to contend with an AfD that has actual seats in parliament.