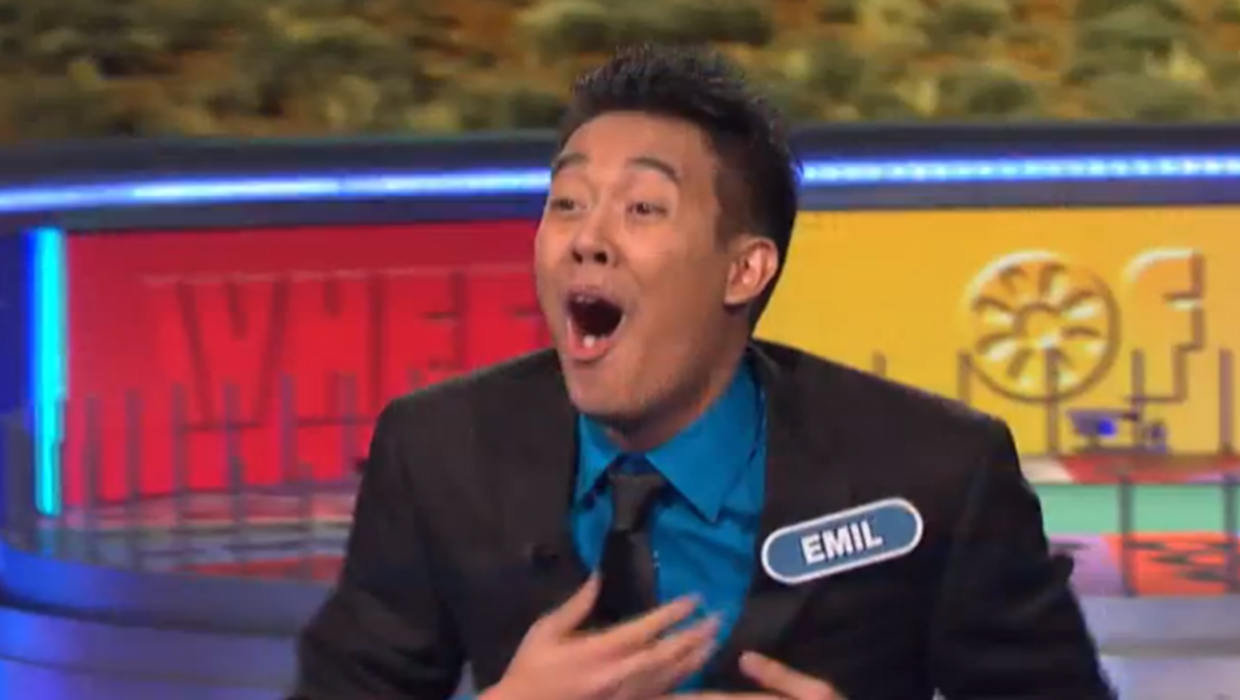 Talk about a lucky guess.

A contestant on the game show "Wheel of Fortune" amazed viewers -- and even longtime host Pat Sajak -- by correctly solving Wednesday night's bonus round puzzle with just two letters revealed on the board.

Emil de Leon correctly guessed the phrase "New baby buggy" when only the letters "N" and "E" were shown. The only clue he was given was that the mystery phrase was a thing.

But not everybody is jumping up and down in awe. The Washington Post offered up an explanation of how solving such a puzzle may not be as tough as you might imagine.

Cynicism aside, de Leon's correct guess is certainly worth watching: