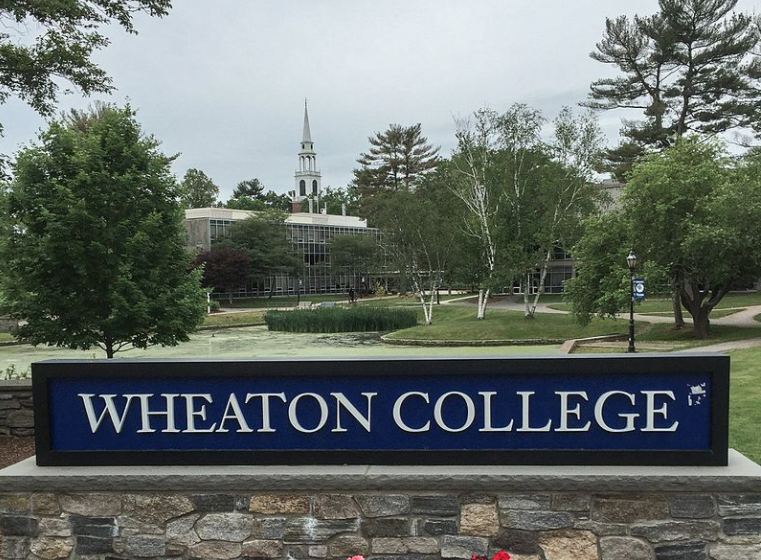 Wheaton College in Norton made the announcement on Tuesday, following protests against President Trump’s order nationwide.

“The Wheaton Refugee Scholarship will cover all costs of attendance and will be awarded to a refugee student from a war-torn nation,” the school announced in a news statement.

Wheaton College President Dennis Hanno spoke out against Mr. Trump’s executive order, which he said mistakenly implies that international students are not needed or wanted.

“Wheaton is a global institution that is dedicated to improving the world by advancing knowledge and sharing it,” Hanno said. “The current executive order on immigration endangers our ability to deliver on that mission.”

The scholarship is meant to be a sign of the school’s solidarity with those directly affected by the travel ban and those who oppose it.

“We are establishing the Wheaton Refugee Scholarship as a way of adding our voice to the chorus of people across the country who are calling for the immigration ban to be lifted,” Hanno said.

Grant Gosselin, vice president and dean of admission and student aid at Wheaton College, said schools have a responsibility to help those affected.

“These students have faced hardships unlike anything we could imagine and will need significant assistance to make acquiring an education possible,” Gosselin said.

Students currently seeking entrance to the U.S. will be prioritized, the school explained in the scholarship application online, given that the executive order specified that the restrictions are temporary. If the ban remains in place longer, refugees from war-torn nations already living in the U.S. will be considered.

But school officials hope that won’t be the case.

“We urge our country’s leaders to end swiftly the ban on welcoming refugees and foreign nationals to sustain the productive exchange of ideas and viewpoints that make our institutions of higher learning such fertile ground for expanding knowledge and hope,” the school said.