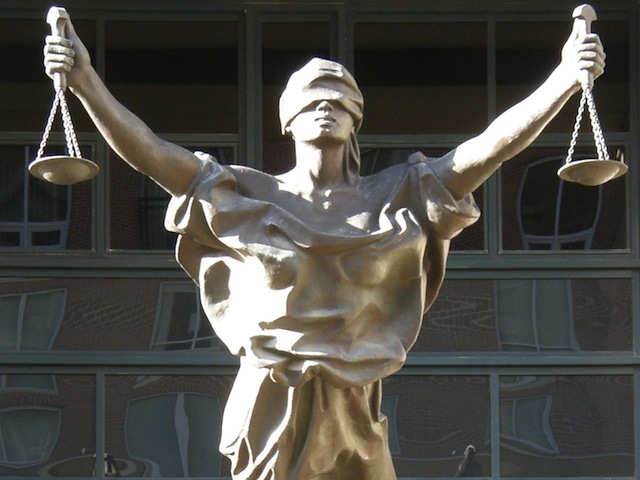 (MoneyWatch) This is what everybody wanted: Main Street's revenge on Wall Street. The 99 percent hitting the 1 percent where it hurts. Finally, somebody's going to bring those responsible for crashing our economy to justice. The first salvo's been fired and there's plenty more to come.

Why the dripping sarcasm, you ask? Because we've been here before, folks. More times than I can count. And here's the thing. Nobody's bringing anyone to justice. Nobody's fighting for the little guy. Want to know what's really going on here? OK, then. Here's the truth about the JPMorgan lawsuit.

First of all, didn't JPMorgan actually rescue Bear Stearns at the behest of the federal government back in 2008? Wasn't there an eleventh-hour deal made to keep Bear Stearns from insolvency? Wasn't that part of the plan to prevent a wider collapse of the financial system? Yes, that is all, in fact, true.

So if JPMorgan's leaders were the good guys back in 2008, if they helped save the integrity of the banking system by agreeing to acquire Bear Stearns and, most importantly, guaranteeing its trades, then why is everybody with a badge lining up for a good seat in the courtroom? Timing. Timing and politics.

You see, at a news conference yesterday, Tony West of the U.S. Attorney General's office "credited a coalition of law enforcement agencies created by President Barack Obama in 2009 with assembling evidence in the lawsuit brought by the New York attorney general's office." Get the connection? Timing and politics.

Ironically, the only people who ever win in these cases are the lawyers and the politicians. As a remarkably similar example, let's go back to 2003 when then New York attorney general Eliot Spitzernegotiated a landmark $1.4 billion settlement with 10 of the nation's top investment banks for corruption during the dot-com bubble.

Sounds like everybody won, right? Wrong. No criminal charges were ever filed. None of the banks, executives or analysts in question ever admitted their guilt or anything else, for that matter. As for all the settlement money, I'm pretty sure it didn't do much good for investors who lost trillions when the tech bubble burst.

On the other hand, it did go a long way to putting Spitzer on a fast track to the governor's mansion. And who do you think gets paid to pore over the millions of pages of documents produced during discovery for these types of lawsuits? That's right, lots and lots of high-priced lawyers. And who pays for them? That's right, taxpayers, meaning you.

Lastly, as Bloomberg columnist Mark Gilbert explained so eloquently in his book Complicit: How Greed and Collusion Made the Credit Crisis Unstoppable, there's plenty of blame to go around when it comes to the subprime mortgage meltdown and the subsequent financial crisis.

Sure, the banks played a role, but so did just about everyone.

First, Congressional lawmakers pushed through 25 years of amendments, revisions and legislation, related to the Community Reinvestment Act of 1977, that systematically broke down every check and balance intended to ensure that lenders didn't write bad loans.

And the U.S. Department of Housing and Urban Development forced Fannie Mae to dedicate 50 percent of its funds to back affordable housing for low-income families. We're talking hundreds of billions of dollars to back high-risk loans.

Not to mention former chairman of Countrywide Financial Angelo Mozilo, a number of CEOs of Fannie Mae and Freddie Mac, and a long, long list of other culprits that either wittingly or unwittingly conspired to get us to where we are today. Ironically, I'm not aware of anyone at JPMorgan having anything to do with it at the time.