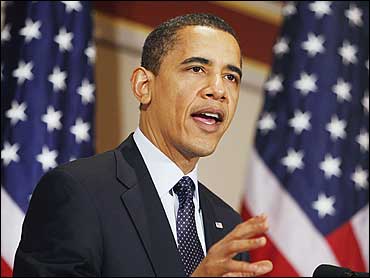 (AP Photo/Gerald Herbert)
As you likely know by now, President Obama is holding a primetime news conference tonight at 8 p.m. ET. Members of the White House press corps will question Mr. Obama on a whole range of topics, but AIG and the economy are expected to dominate the session.

But we want to know what you would ask the president if you were called on in the East Room tonight. Let us know in the comments section below, and later this afternoon we'll post the best questions.

UPDATE: Click here to read some of the questions people said were on their minds.

And remember you can watch the press conference live tonight on CBS television or here at CBSNews.com.