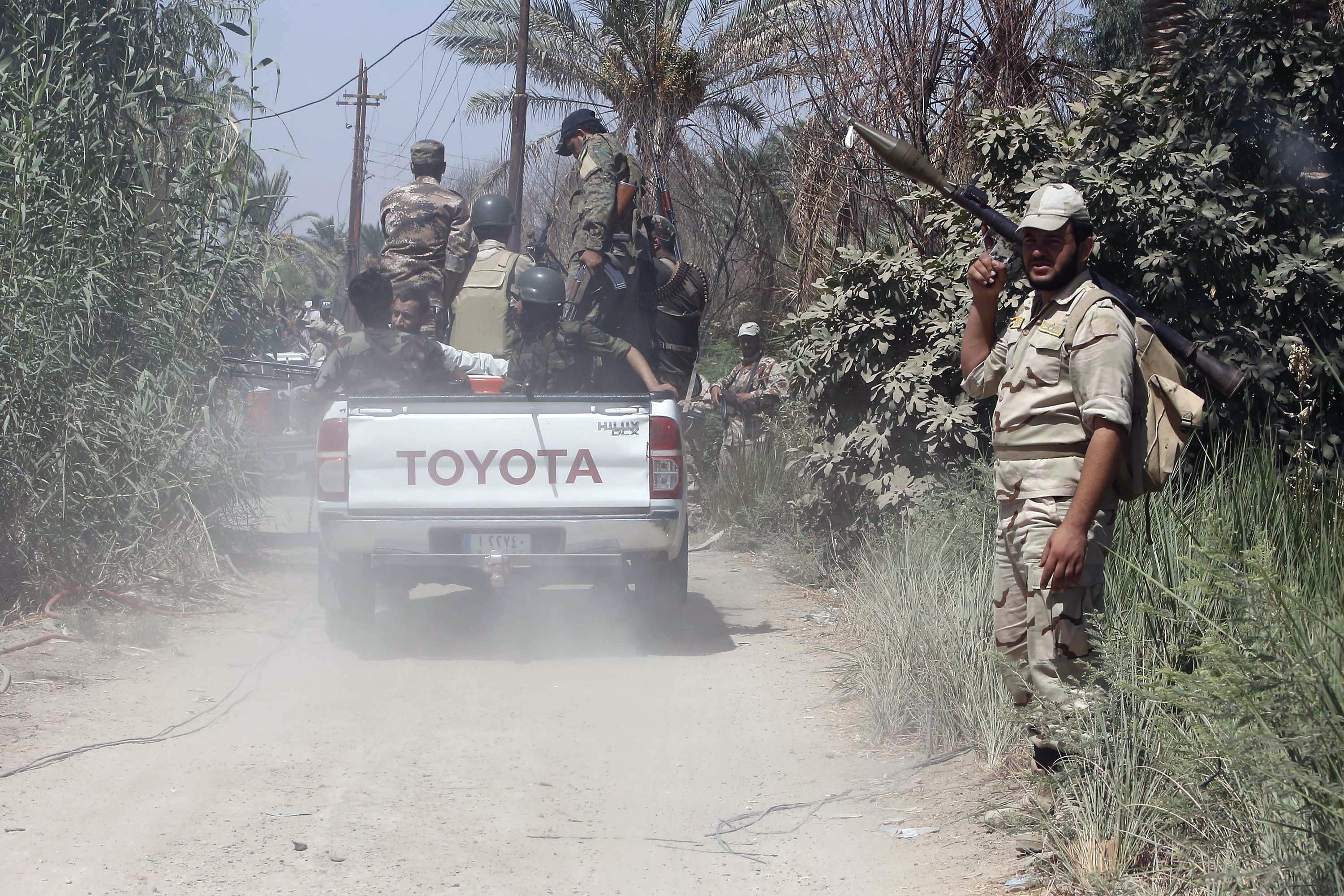 The U.S. will have to help Iraqi and Kurdish troops in order to completely wipe out the Islamist militants who have seized control of the northern part of Iraq, said CBS News Intelligence Analyst Michael Morell, the former deputy director of the Central Intelligence Agency.

"It's going to require us with our capabilities to take out the leadership of the group while the Iraqi army and the Kurdish army, the Peshmerga, fights on the ground against these guys," Morell said on "CBS This Morning" Monday.

President Obama authorized targeted airstrikes in Iraq Thursday to protect U.S. personnel in Erbil, the Kurdish capital, and to help stop the Islamic State of Iraq and Syria (ISIS, also known as ISIL) from carrying out a massacre against religious minorities. Although he suggested the airstrikes could go on for months, he has also insisted he will not allow the U.S. "to be dragged into fighting another war in Iraq."

Morell said the cooperation of the Kurdish and Iraqi forces is going to require a political agreement in Baghdad, "which is getting even more difficult to get" because the embattled Iraqi Prime Minister, Nouri al-Maliki, is refusing to step down. Iraq's new president on Monday snubbed Maliki by nominating the deputy parliament speaker to form the new government. The president, Fouad Massoum gave Haider al-Ibadi 30 days to form a new government and present it to parliament for approval.

The Obama administration has also said that Iraqi government must form an inclusive government to end the violence.

The Associated Press reported Monday morning that the Obama administration has begun providing weapons directly to Kurdish forces, which would reflect a change in the previous policy of only selling weapons to the Iraq government in Baghdad.

But State Department spokeswoman Marie Harf said the move does not reflect a change in policy.

"As we said last week, ISIL has obtained some heavy weaponry, and the Kurds need additional arms and we're providing those," Harf said. "We're actively working with the [Iraqi government] to accelerate deliveries of badly needed arms to Kurdish forces in the north. The [Iraqi government] has made deliveries from its own stocks and we are working to do the same. This is being done in full coordination and the cooperation between Baghdad and Erbil has been at historic levels, with the Iraqi Air Force even providing direct support now to Kurdish forces engaged in combat."

A senior defense official told CBS Radio News National Security and Foreign Affairs Reporter Cami McCormick, "We aren't arming the Kurds. We are assisting the [Iraqi Security Forces] as they do it. But we are not providing direct arms. "

But, the official clarified, "I can only speak for Pentagon."

Kurdish forces retook two towns from Sunni militants Sunday in one of the first victories they have had against ISIS in weeks. They were aided by the fourth round of American airstrikes launched Sunday against militant vehicles and mortars firing on Erbil.

Asked about ISIS' quick advance through northern Iraq, Morell said that the intelligence community had identified the group's increasing strength in Syria, but failed to provide the much more difficult "tactical warning" of when they would strike.

He also backed Mr. Obama's decision not to assist the rebels fighting in Syria, where ISIS first gathered strength.

"There is no doubt that what ISIS was able to do in Syria was probably the key factor in strengthening them in terms of what they're doing in Iraq today," Morell said. But, he hadded, "it is difficult for me to see how arming the moderate rebels would have made that much difference in Syria. We would have had to have done it on a very, very large scale that I think would have frightened our partners in the region because it would have put a very, very large...U.S. footprint on the ground in the Middle East."