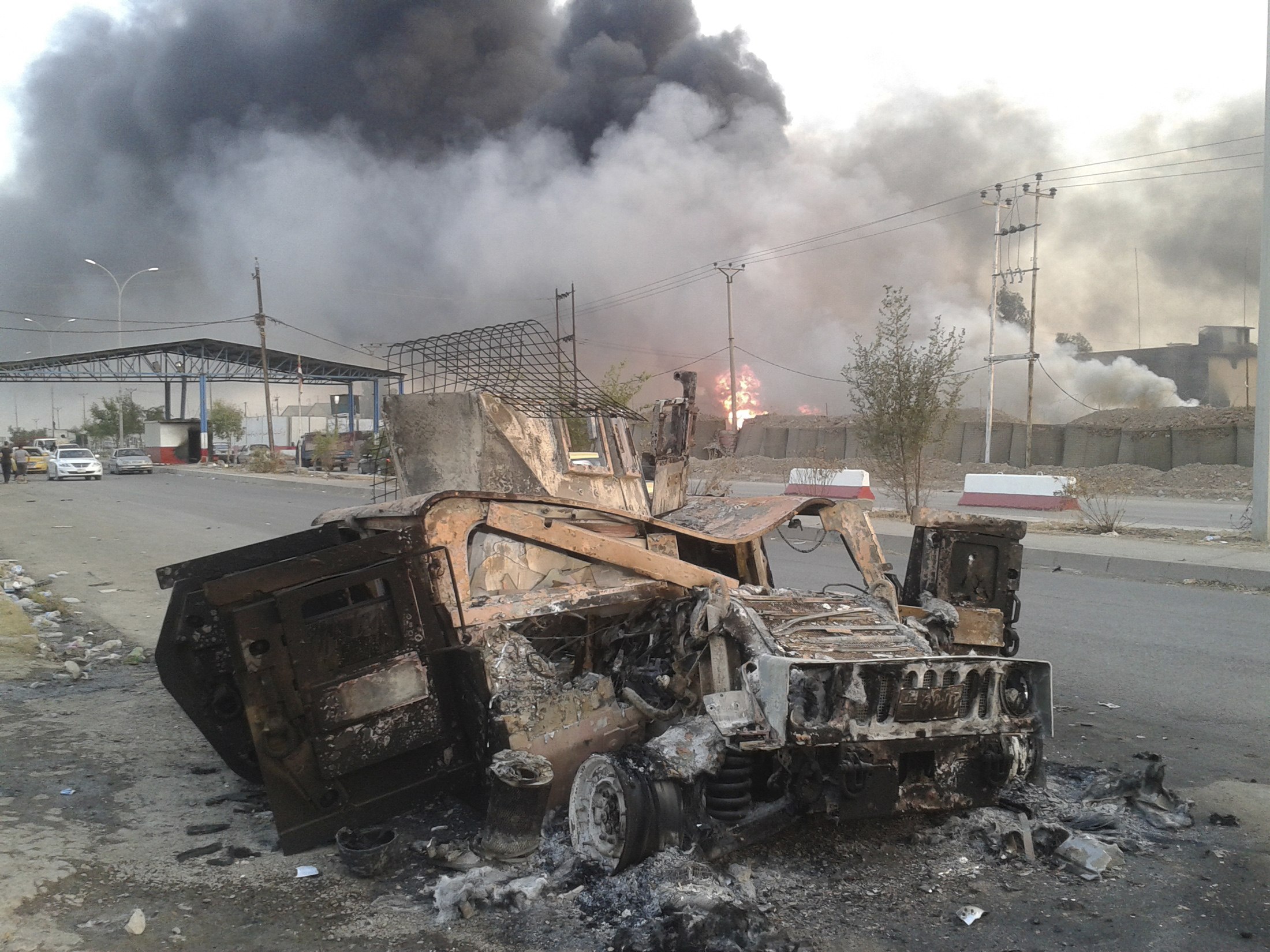 As the Islamic State of Iraq and Syria (ISIS) continues to sweep through northern Iraq, U.S. lawmakers are sounding the alarm that it could be just as dangerous as al Qaeda in the days before it launched the Sept. 11 attacks on the U.S.

"Every day that goes by, ISIS ... becomes a direct threat to the United States of America. They are more powerful now than al Qaeda was on 9/11," Rep. Peter King, R-N.Y., said on NBC's "Meet the Press" Sunday.

Experts say the Islamic jihadist group has indeed been able to accomplish an enormous amount in a short period of time. And in global reach, fundraising capabilities and pure operational ability, they are certainly outpacing Osama bin Laden's al Qaeda.

"Al Qaeda in the pre-Sept. 11 phase was capable of engaging in strikes and bombings," Tom Sanderson, a terrorism expert at the Center for Strategic and International Studies, told CBS News. But what ISIS has now, he said, "is more significant and more varied than what al Qaeda had in terms of its actual combat capabilities where they are fielding artillery. They are holding much greater territory than al Qaeda had, they are governing people, they have a more diverse funding base... they have a greater localized funding base than al Qaeda."

The group is in fact a rival faction to modern-day al Qaeda, whose general command cut ISIS off from its network in February because it disobeyed orders from leader Ayman al-Zawahri.

The Internet has afforded ISIS the ability to recruit all over the world. The group gained power and experience fighting in Syria, where an estimated 10,000 to 20,000 foreigners have traveled to join the fight, including 1,500 and 2,500 Sunni extremists from Europe and 100 to 200 Americans who hold Western passports and have far easier access to the U.S. if their terror activities go undetected by authorities.

Al Qaeda "simply did not have the technology that ISIS has now, the social networking that enables them to reach a much greater audience," Sanderson said.

Juan Zarate, CBS News' Senior National Security Analyst, said that ISIS is probably less well-organized than pre-9/11 al Qaeda, which spent years meticulously training and plotting to attack the United States. And Sanderson said the surprise element of its attack on the United States was part of what made the group so lethal.

But ISIS could also be benefiting from the years of groundwork laid by its predecessor-turned-rival.

"ISIS, especially with the announcement of the Islamic State, is piggybacking off of the global networks and inspiration that al Qaeda fomented post-9/11 and give them, in some ways, a global infrastructure on which to build. It's not as if they're starting from scratch," said Zarate.

One of the group's biggest advantages over al Qaeda is the fact that it has seized a vast swath of territory and virtually erased the border between Iraq and Syria. Unlike al Qaeda, "in some ways...rented from the Taliban in Afghanistan," Zarate said, ISIS has gained strength from the territory it occupies.

"In the 21st century any operating room for a terrorist group is a prescription for disaster because they have the ability not just to build up their local strength but to allow themselves global reach," he added.

ISIS has a local fundraising base from Iraq and Syria, where it brings in revenue from the granaries, oil wells and power plants it has captured. Last week, it seized Iraq's largest dam, gaining control of enormous power and water resources as well as access to the river that runs through Baghdad. Trafficking, extortion and kidnap-for-ransom operations bring in millions of dollars.

"There's no daddy for ISIS when it comes to funding," Sanderson said. By contrast, al Qaeda was dependent on bin Laden's personal fortune, which was not limitless, and donors from the Gulf states that could impose a certain amount of pressure and control over the group.

Plus, ISIS has captured millions of dollars of American weaponry abandoned by Iraqi troops that fled the fight early on in the jihadist group's takeover. David Rohde, a columnist for Reuters and The Atlantic said on CBS News' "Face the Nation" Sunday called that a "disaster."

"What's so astonishing about the Islamic State is that they're able to maneuver, use this weaponry. They can move 1,000 guys very quickly and that they defeated the Peshmerga [Kurdish forces] so quickly I think surprised many people," Rohde said.

There is one glaring similarity between the two groups, Zarate said, and that is the extent to which the U.S. does not entirely know what ISIS will do next.

"There were massive blind spots as to what al Qaeda was doing or planning and I think you've started to hear the same threads or chords of insecurity on the part of U.S. counterterrorism officials about blind spots with respect to ISIS," he said.

"I think we had certainly not done enough through the '90s and into 2001 to disrupt al Qaeda's infrastructure, training, plotting and in some ways we've allowed ISIS to gain a foothold by being fairly inactive in Syria to date so in some ways you can say we're rather equivalent in terms of our passive posture."

Experts and lawmakers have debated whether ISIS will carry out the next 9/11-style terror attack. With the group's full capability somewhat of a mystery, it is hard to predict when they might turn their attention to the U.S.

But earlier this summer, former acting CIA Director and CBS News Analyst on Intelligence Michael Morell said that an increasing U.S. presence in Iraq could speed up that process.

"That's one of the downsides of U.S. involvement," he told CBS News. "The more we visibly get involved in helping the [Iraqi Prime Minister Nouri al-Maliki] government fight these guys, the more we become a target."

And with President Obama's decision to launch airstrikes in Iraq as a means to provide humanitarian aid and safety for thousands of Iraqi religious minorities being targeted by ISIS, that day could come sooner.