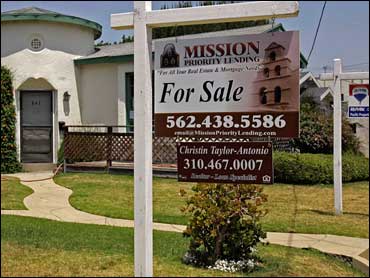 Almost immediately after Obama unveiled his $75 billion foreclosure rescue plan to save up to 9 million homes from foreclosure, lawmakers jumped to criticize a strategy they say is ripe for fraud.

House Republican leadership and Senator Charles Grassley (R-IA), ranking member of the Senate Finance Committee sent letters to administration officials asking for assurances that anti-fraud measures will be put in place to guarantee that taxpayer dollars are not used to re-do mortgages that were originally based on fraudulent documentation. Grassley notes that experts in mortgage lending say that anywhere from 30-70% of all mortgages inked in the last few years were based on fraudulent claims of assets or income.

The Treasury Department is considering a new computer program developed by Smithfield and Wainwright, a real estate business out of Florida known as "Mo-Mod." A company spokesperson says the product can modify up to a million loans per month.

Some in the mortgage industry doubt that an automated program could catch fake documentation.

"You've got to get a human into there and look at it to underwrite it so that you can properly assess the risk," Jon Daurio of Kondaur Capital Corporation in Southern California told CBS News. "I do a full documentation. I am verifying that income, getting tax forms, bank statements, etc. and I want to verify that that gross income is accurate," he said.

But the "Mo-Mod" automated system under consideration by the Treasury Department will not re-examine the original W-2s or paystubs.

Hogan Copeland who goes by the name "Big Hogan" developed "Mo-mod" through his company Smithfield and Wainwright. Copeland told CBS News if his company is involved they will only be conducting appraisals not determining the homeowner's true income or credit history. "We are not forensic accountants, that's the bank's determination, that's not Big Hogan's determination," he said. "We will be evaluating the house, that's the piece in question, that's the hottest button right now."

Copeland says if the government uses "Mo-Mod", his team of 23,000 "independent and unbiased" appraisers nationwide would immediately begin to appraise foreclosed homes or those on the edge of foreclosure. Copeland notes that his network of appraisers would use a nationwide set of standards based on at least 20 data points to get at the new value of each home, "It's just coming back to reality," he said.