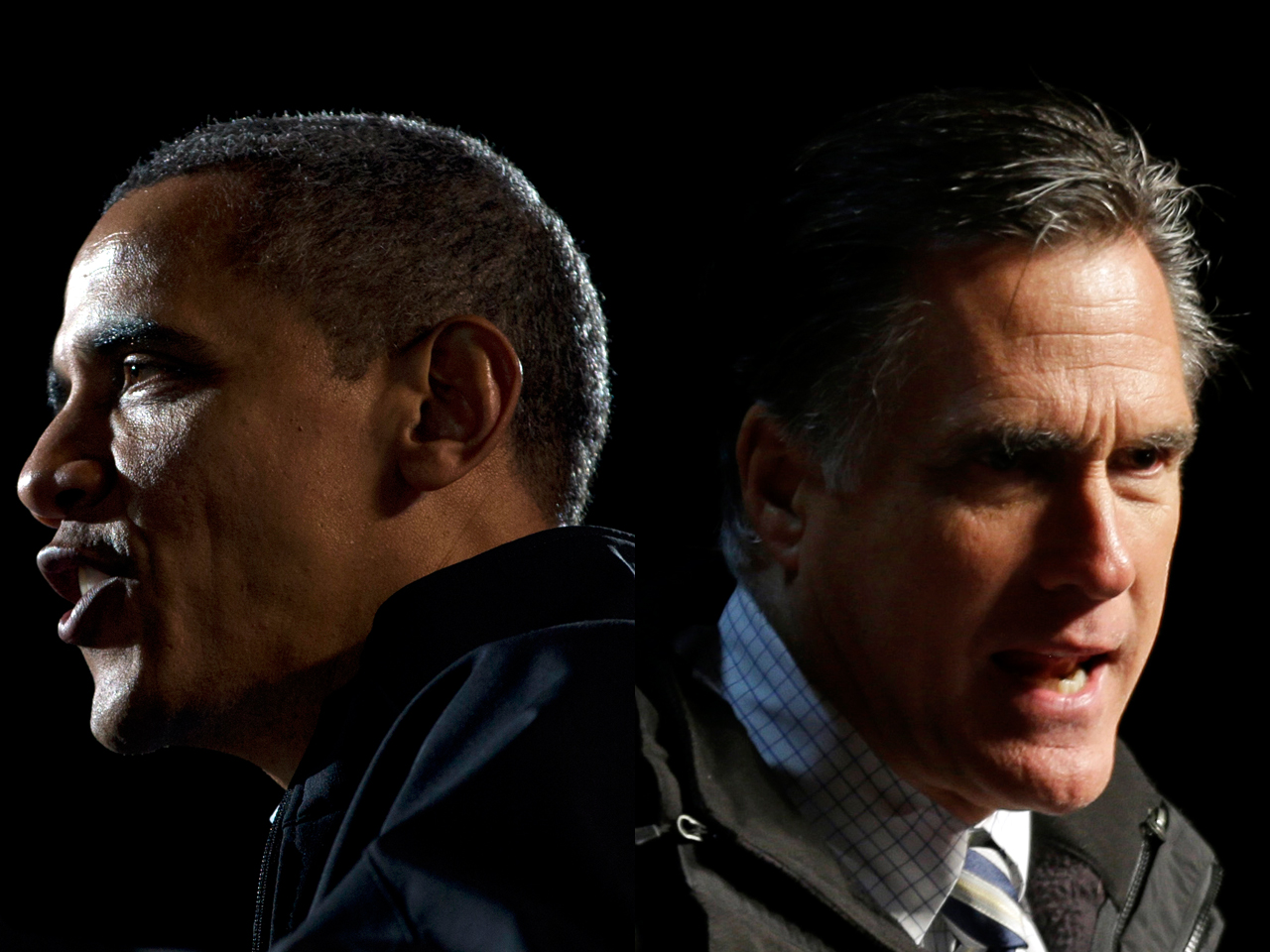 Wondering what to look for as the presidential results start to roll in tonight? We've made it easy: Below, check out CBSNews.com's guide to when the polls close in key states and what the results will tell you about how the election seems to be breaking.

In states where the race is not close, CBS News and other media outlets will be able to call the state at poll closing based on exit polls. In tighter states - and most, if not all, of the battlegrounds will fall into this category - there won't be a call at the close. But CBS News will be able to talk about the exit polls and potentially discuss which candidate appears to have an advantage; we will also be able to break down the returns that have come in and what they tell us.

CBS News will be on air with coverage starting at 7 p.m. Eastern Time, and CBSNews.com will provide continuous coverage throughout the day and into night.

Polls close in six states - but Virginia is the one to watch.

Thanks to a population boom in Democratic-leaning Northern Virginia and an influx of minority voters, President Obama turned the Old Dominion State blue four years ago for the first time since 1964. Polls show the state to be exceedingly tight this time around. Mitt Romney, who enters Election Day with anarrower path to the 270 votes necessary for victory, will see that potential path shrink even further if he falls short here. This is a state that counts votes quickly, and should provide an early window into how election night is going.

The Buckeye State has been the biggest battleground of the 2012 campaign. Both candidates have made more campaign stops here than anywhere else, and with good reason: It is the lynchpin of Mr. Obama's attempt to build a firewall in the Midwest to ensure victory in case he falls short elsewhere. If Mr. Obama wins here and in Wisconsin to the north - as well as Pennsylvania and the other states he is expected to win - he'll be just a few votes short of 270 with plenty of battlegrounds outstanding.

Early votes are reported first after poll closing, and they are expected to show strong support for the president, because the bulk of the early votes were cast in urban centers. In addition, the first round of Election Day results are expected to come in from Democrat-leaning high population density counties near urban centers. if the race is tight in Ohio and the state turns out to be decisive, it will be weeks before we have a winner as the campaigns fight over provisional ballots.

A must win for Romney, if only because it is the one battleground state where he held a clear lead entering Election Day. If Romney loses here, he's almost certain to have a very bad night. Though the Obama campaign has insisted it has not given up on North Carolina, where young and minority voters drove the president to a surprise victory four years ago, Mr. Obama's decision not to campaign here since the Democratic National Convention in early September -- which was held in Charlotte -- tells a different story.

Polls close in 15 states and the District of Columbia - including in Florida, Pennsylvania and New Hampshire.

This is the battleground behemoth, and if Romney loses here, he's in deep trouble. (Mr. Obama entered Election Day virtually guaranteed to win 237 electoral votes; winning Florida would put him at 266, just four short of victory.) The polls here have been tight, though Romney may have a small advantage; it's no surprise that the GOP nominee stumped in Orlando Monday. One wildcard: A nor'easter storm is expected to hit the state on Election Day, potentially depressing turnout.

Most locations actually close in the Sunshine State at 7 p.m. Eastern Time, but there are some locations in the Florida Panhandle that are in the Central Time zone, and thus close an hour later. Media outlets do not release exit poll information or early returns until all the polls close.

A big lead here for Romney after the close will not tell the story: Many Democratic strongholds here tend to report results later than the rest of the state.

Florida is the biggest battleground; New Hampshire is the smallest. But that does not mean it hasn't been strongly contested: Both candidates have campaigned here in the campaign's final days, in part because unlike in some early voting states, CBS News estimates that only about 10 percent of voters here will have cast ballots before Election Day. New Hampshire is also perhaps the quintessential swing state - the only place where President George W. Bush won in 2000 but lost in 2004. In a tight race it could all come down to the Granite State, which happens to be where Romney has a summer home.

The state that could blow the electoral map wide open. For most of the campaign, Romney largely ignored Pennsylvania under the assumption it was out of his reach. But driven by recent polls that showed the state within striking distance, Romney and the outside groups supporting him invested in the state - and the candidate himself used his precious campaign time to campaign here on the final weekend. If Romney can steal a victory here, his odds of victory will improve dramatically; keep an eye on turnout in andaround Philadelphia, which drove Mr. Obama's ten-point win here four years ago.

Polls close in 14 states - among them Colorado, Michigan and Wisconsin.

Colorado is perhaps the closest swing state in the nation, and a place where both campaigns believe the election will be decided by which way suburban women break and whether Mr. Obama sees a repeat of the huge turnout among young people that drove him to victory four years ago. A loss here would be a big blow for Romney; it would not sting quite so badly for Mr. Obama, since he has many more paths to victory that don't go through the state. Nearly four in five voters here cast ballots before Election Day.

Michigan was not even in the battleground state conversation for most of the campaign, and if Romney wins here, it means he's having a good night. Most recent polls have shown the president holding a lead in the mid-single digits here, but the outside groups backing Romney saw enough opportunity that they made major investments late last month. Michigan hasn't gone red since 1988, but it is Romney's birth state, and his father was the well-liked governor of the state and a top auto executive. Still, the fact that Romney chose not to visit the state in the final days of the campaign suggests his campaign is less than optimistic. (The Romney camp also signaled in the run-up to Election Day that it had set its sights on Minnesota, which also closes at 9 p.m., though it did not made a strong push for the state.)

The Obama campaign has been unpleasantly surprised by the fact that it only leads by a small margin in Wisconsin, a state Mr. Obama won by 14 points four years ago. But while it hasn't gone red since 1984, Wisconsin has a history of close elections, and polls suggest Republicans have a clear edge in enthusiasm. It is also one of the few states where Romney's ground game is considered comparable to that of the president, thanks to the mobilization on the right around the failed effort to recall Gov. Scott Walker. If Wisconsin goes to Romney, so might the presidency.

Polls close in four states, including Iowa and Nevada.

Polling here has suggested a close race, though a late Des Moines Register survey showed Mr. Obama building a small lead; Democrats have also led in early voting. The state launched Mr. Obama's then-improbable presidential bid four years ago despite an electorate made up of largely of white voters, a group that has generally broken against the president. Losing Iowa would be a psychological blow for the president, though he has plenty of paths to 270 that don't go through the Hawkeye State.

Polls suggest Mr. Obama has a bigger lead here than in any other battleground, despite the state's miserable economy; if he loses here, it's a very bad sign for the president. Mr. Obama's lead is tied to the fact that he holds a big advantage among Latinos, who are 27 percent of the population; if he struggles here it means he is underperforming with a crucial voting bloc that is also a significant presence in Florida, Colorado and Virginia.

MORE: What to watch for as House, Senate results come in