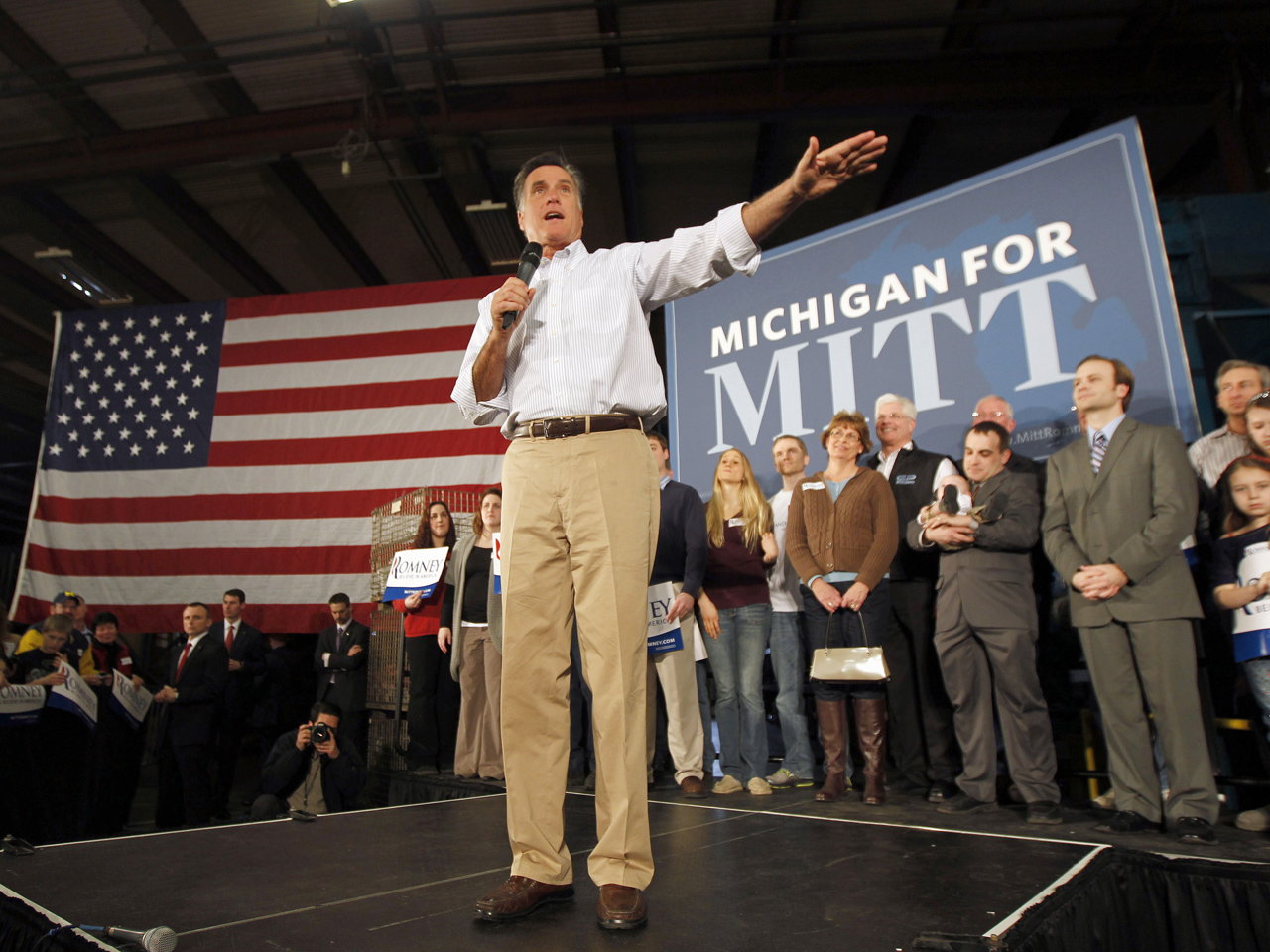 The map of battleground states that could decide the election has been seemingly shrinking as Election Day nears, but the Republican Party says it's not writing off Mitt Romney's Democrat-leaning birthplace of Michigan.

The latest indication that conservatives are trying to put the state in play came from the pro-Romney super PAC Restore Our Future. The group announced today that it's launching a new $18.1 million ad campaign in nine battleground states, plus Michigan. In Michigan specifically, the group is spending $1.6 million.

While the super PAC by law cannot coordinate with the Romney campaign, its investment shows the Republican's backers see an opening in Michigan, where Romney was born and raised. However, Michigan hasn't voted for a Republican since 1988, and Democrats say its 16 electoral votes will once again go to President Obama.

On a conference call with reporters today, the Obama campaign said it is confident its leading nationally and in battleground states in the final weeks of the campaign. As evidence of that, Obama campaign manager Jim Messina said that the Romney campaign is pulling resources from states like Michigan and Pennsylvania, which should be harder for Romney to win than key states like Ohio or Virginia.

"Michigan is anyone's to win," Romney spokesman Sean Fitzpatrick told CBSNews.com. "Recent polls have the candidates right around the margin of error and the Obama team is simply trying to distract voters from their ever shrinking electoral map. Governor and Mrs. Romney grew up in Michigan, and we will continue to aggressively campaign in their home state."

While the campaign has paid some visits to Michigan, its financial investments tell another story: The Romney campaign has spent no money on ads in Michigan since May 1, nor has the Obama campaign. Restore Our Future has been the big spender in the state, investing more than $5.8 million there since May.

Matt Frendewey, a spokesman for the Michigan Republican Party, said the Restore Our Future investments complement the party's robust on-the-ground efforts. "The race here is close, and we have a strong ground game that can help close the deal," he said.

"There's no way the president can win reelection without Michigan," Frendewey added, and "it's closer than a lot of folks on the Democratic side expected."

Democrats have hammered Romney in states like Michigan for his opposition to the government bailout of the auto industry, but Frendewey said those arguments can backfire. "It's somewhat insulting when they hear the president or the vice president say they saved the auto industry when many of them know someone still out of work, or who's lost benefits or paying more for health care," he said.

Michigan is still dealing with an unemployment rate which, at 9.3 percent, is above the national average of 7.8 percent.