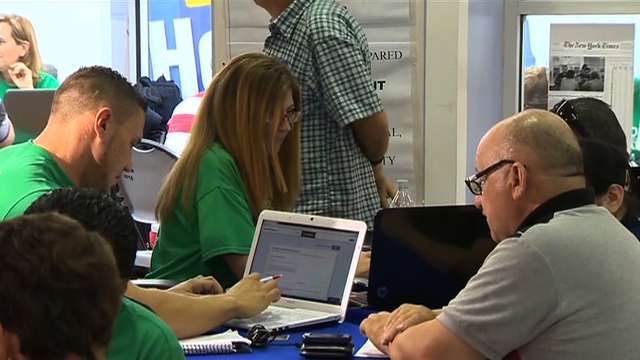 The pundits started spinning the Congressional Budget Office's report on federal spending, the economy and Obamacare almost as soon as it was released. It was a win for one side or a loss for the other, depending on the pundit. However, the report itself has gotten lost in the fog of opinion, so here's a look at what it actually says.

First, it's not a study of the Affordable Care Act. Only 30 of the 175 pages in "The Budget and Economic Outlook: 2014 to 2024" deal with the ACA. It is, as the title indicates, mostly a forecast of how government spending and the economy are likely to fare over the next decade. The report looks at Obamacare only because the program is expected to have a significant impact on both of those issues.

The part of the CBO's analysis that has drawn the most attention is the agency's revised forecasts concerning the ACA's impact on the labor market. Specifically one sentence: "The reduction in CBO's projections of hours worked represents a decline in the number of full-time-equivalent workers of about 2.0 million in 2017, rising to about 2.5 million in 2024."

Taken out of context, that sentence could be read to say the ACA will be responsible for a loss of 2.5 million jobs over the next decade. However, the report's previous paragraph states, "The ACA will reduce the total number of hours worked, on net, by about 1.5 percent to 2.0 percent during the period from 2017 to 2024, almost entirely because workers will choose to supply less labor -- given the new taxes and other incentives they will face and the financial benefits some will receive." So the phrase "a decline in the number of full-time-equivalent workers" is just a restatement of this in terms of how many full-time workers it is equal to.

According to the report, this decline will come as a result of choices that workers make -- not because of the job cutting. The CBO here is looking at how the ACA will influence those choices, that is, will it create incentives or disincentives for people to work?

The concern arises because how much the government subsidizes someone's health insurance cost is determined by how much that person earns. As a result, some people will have to decide whether they should earn more money and get a smaller subsidy or not earn more and continue with the maximum subsidy they already have. The same situation confronts people receiving food stamps or other government social services.

A very small number of workers fall into this group. In 2013, 82 percent of legal American citizens already had health insurance, primarily through their workplace. Out of the 18 percent who are uninsured, only those who make less than the federal poverty level (about $24,000 annually for a family of four), those who make more than four times that amount (at which point the government will no longer subsidize part of the cost) and people who are eligible for Medicaid and only work part of the year in order to get insurance would have to make this decision.