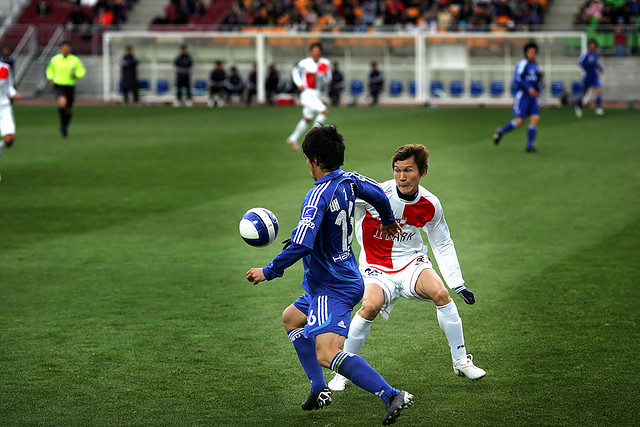 A new study looks at how people overreact and underreact to goals when betting on soccer in the middle of games. While it may not help you earn money from your bookie, its findings may help you understanding investing a little better.

The paper, "The Role of Surprise: Understanding Over- and Underreaction Using In-Play Soccer Betting," examined reactions to goals and how they effected betting patterns and payoffs.

The authors discovered that:

-- Whether bettors overreact or underreact to the first goal of a match depends on how "surprising" the goal is. For an "expected" goal (i.e., the "favorite" team scores first) or only moderately surprising, bettors tend to underreact.
-- Bettors tend to overreact when the goal is very surprising.
-- While participants can develop a profitable betting strategy, under- and overreaction are corrected within minutes; their strategy earned a profit of 2.8 percent after commissions if the bets are placed two minutes after the goal, and 0.8 percent after six minutes.

The authors propose that these reactions are based on behavioral phenomena known as "anchoring" and "information salience."

What implications do these findings have for financial markets? The authors suggest that they can be expanded, for example, to study the reactions to news of company earnings -- studying the degree of shock (such as the reactions when earnings surprises are large or small). They note that while investors underreact to most earnings news (since most surprises are small), it's possible that a subset of firms with large surprises would have overreaction if investors overweight salient information.

They also note that their findings may help shed some light on the underlying mechanism of momentum. Studies from the field of behavioral finance have concluded that investors slowly react to earnings news because of overconfidence, and they underreact based on the tendency to hold losers and sell winners (also called the disposition effect). However, this is difficult to measure, because information shocks are often accompanied by other news that impacts markets. In-game sports betting has no such effect. Events in the Chelsea-Newcastle United match have no effect on in-game betting of Manchester United-Aston Villa.

At the very least, the findings of this study can help you to understand, and hopefully control, your own reactions to financial news. (If you're interested in other parallels between sports betting and investing, pick up a copy of my book Wise Investing Made Simple.)