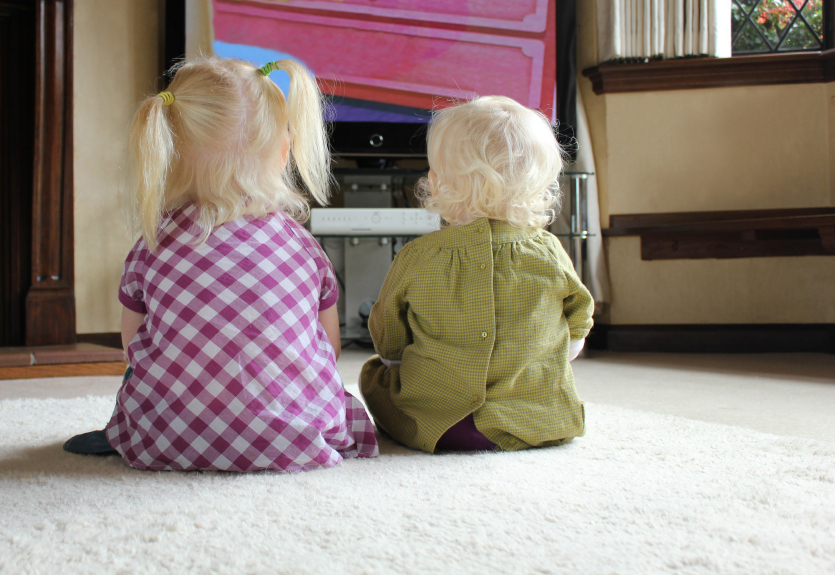 Kids who spend more time plunked in front of screens may become unhappier, new research suggests. Meanwhile, mothers who devote the most effort to monitoring their kids' exposure to computers and TVs could prevent them from putting on extra pounds.

The findings in a pair of new studies aren't definitive, and there's still intense debate about exactly how TV, video games and computer use affect children.

Still, "parents who read these studies should be heartened that they can make a difference in the health and well-being of their children," said Diane Gilbert-Diamond, an assistant professor of community and family medicine with the Geisel School of Medicine at Dartmouth.

"They can reduce the amount of TV and other media that they allow their children to view, and encourage their children to engage in more active play," said Gilbert-Diamond, who was not involved with the new research.

Previous studies have suggested that TV watching, especially in high amounts, may not be good for kids, another expert noted. "The amount is most related to things like physical health and school performance, whereas content is most related to behaviors such as aggression," said Douglas Gentile, an associate professor of psychology at Iowa State University.

However, it's difficult for researchers to figure out the exact role, if any, that television and other types of technology -- such as video games -- play in encouraging obesity or violence.

For example, kids may turn to more television-watching because they don't like exercising. In that case, the TV might not be at fault if they put on extra pounds. Along those lines, kids prone to aggression may be drawn to violent programs, making the shows less responsible for their actions.

In one new study, an international team of researchers tracked about 3,600 European children aged 2 to 6 years who took part in a health research project over a three-year period. The investigators found evidence that kids who were exposed to more screen time -- especially television -- were more likely to suffer declines in what the study called "well-being." They were also more likely to have more emotional problems and family dysfunction.

While the study shows that screen time potentially makes a difference in children's lives, the precise extent of the effect would only be available through a complicated statistical analysis.

In the other study, researchers tracked 213 children and most of their parents in the U.S. Northwest from 1998 to 2012. The study authors focused on the kids at ages 5, 7 and 9.

The researchers found that kids were thinner if their mothers -- but not their fathers -- more closely monitored their screen time. Over the ages of 5, 7 and 9 years, 22 percent of the kids on average were overweight and 19 percent were obese.

When it came to avoiding overweight in children, monitoring of screen time appeared to be especially important when compared to other parental duties, such as monitoring kids to protect them from problems like drug use and crime. Keeping an eye on computer, video game and TV time "was what really mattered in understanding children's weight development," said study lead author Stacey Tiberio, a research associate with the Oregon Social Learning Center.

What's next for research? Tiberio said it's important to understand why monitoring by mothers may matter. And there are questions about issues such as food commercials (could they make kids want to eat more?) and being in front of a screen (could it disrupt when kids are hungry and what they do about it?).

Gilbert-Diamond, the Dartmouth professor, said researchers need to better understand the connection between media use, such as TV watching, and the well-being of children. It's possible that kids who are unhappier may be drawn to screens, an alternative to the theory that screen time causes unhappiness, she said.

Iowa State's Gentile called for careful monitoring of the technology that kids soak up. More involvement "can have long-lasting and profound effects on children's health and well-being," he said.