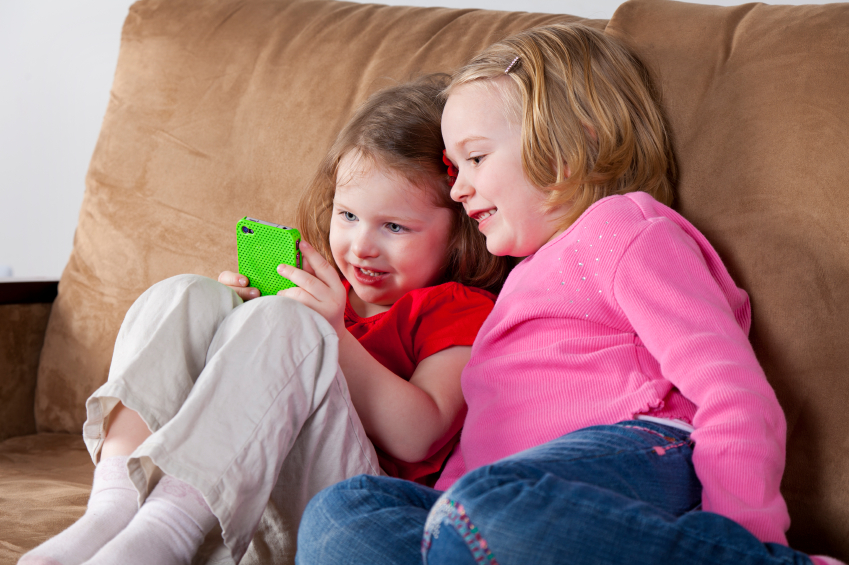 Once a week, Tiffany Shlain and her family take a break from electronic devices.

She calls it a "Technology Shabbat." Modeled after the Jewish day of rest, the idea is that Shlain and her family turn off computers, mobile phones and TVs, so they can focus on being present.

Shlain is the founder of the Webby Awards, which recognizes the best of the Web, and considers herself a tech addict. Her latest venture is an AOL video series called "The Future Starts Here," which tackles modern issues in the digital age, particularly the challenges of being a parent.

But while Shlain praises technology, she acknowledges that she must set boundaries for her children, who are ages 4 and 10. Aside from the Technology Shabbat, she limits her children's daily screen time.

It can be tempting for parents to hand over a smartphone or tablet to keep a child distracted in the car, while running errands, or when they need time to work or do chores around the house.

According to a recent survey by Common Sense Media, 42 percent of parents say they sometimes use media to keep their children occupied while they do chores - and another 13 percent say they often do so. The group surveyed 1,463 parents of children age 8 and under last spring. The researchers found that 38 percent of children under age 2 have used a smartphone, tablet or iPod Touch.

As technology advances, parents find themselves having to rewrite the rules at lightning speed. Experts are especially concerned about how the prevalence of electronic devices may affect younger children.

"There are particularly serious risk factors from [ages] 0 to 2 and 3 to 5 that often don't get discussed as much," Catherine Steiner-Adair, clinical psychologist and author of "The Big Disconnect," told CBSNews.com. "We're more aware of things like cyberbullying."

In her book, Steiner-Adair talks about the many ways technology is taking over our lives. She's concerned that using a smartphone to distract children could hinder their ability to self-soothe.

"When you hand your child an app like Angry Birds, you're giving them a stimulant," she says. "This is a completely different way of teaching a child to deal with frustration, boredom, being tired or cranky -- so you're creating different neurological pathways in your child's brain and mind."

What is the right amount of technology for young children?

The question came to the forefront recently when the American Academy of Pediatrics (AAP) recommended that children under 2 avoid television and all entertainment media. The AAP says that children's brains are rapidly developing at that age and should interact with people instead of screens.

Shlain believes that today's kids will be fine, but she stresses the need to put down the screen. She values the importance of children's imagination.

"We want them to space out," she says. "So much creativity is from mind wandering."

Steiner-Adair notes that it's too early to know how interacting with technology will affect children. It's been less than a decade since smartphones and tablets have become common. Apple's original iPhone, which led the charge to mobile, first went on sale in 2007.

"I think we're all early adopters and we need to be more thoughtful and push pause and reboot and refresh our relationships to technology," she says.