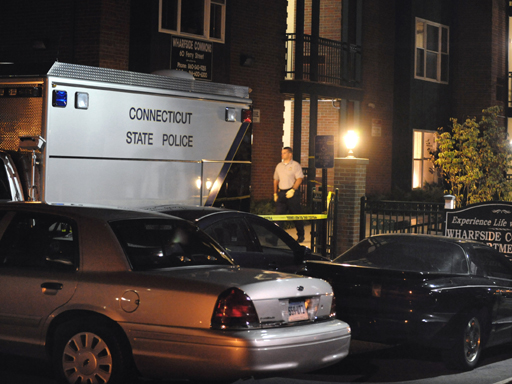 The elephant - symbol of the Republican Party since 1874 - remembers that GOP stands for "Grand Old Party," but increasingly, the elephant is standing alone.

At least that's the thinking at The Wall Street Journal, which has decided to stop using the acronym to refer to the 148-year-old political party.

In an internal memo issued to staffers last week, Journal higher-ups said the term GOP will be dropped because not all readers know what the letters mean, and some may not realize that they are a reference to the Republican Party.

That doesn't mean that the time-honored letters will disappear forever from the pages of the prestigious financial newspaper.

Reporters and editors will still be allowed to use the term in a quotation, if someone else says GOP. But an explanation of the acronym will be provided for any readers who might be stumped.

Confusing the readers isn't the only issue underlying the newspaper's decision. The text of the memo announcing the new policy hints that some readers might feel the name "Grand Old Party" is less objective than it might be.

"Because the short form may seem baffling (or even spin-doctored) to some new readers, we want to avoid its use in articles and headlines," says the memo. "Beginning in December, use it only in the direct quotations and then be sure to explain what GOP means. Even among people who know that GOP refers to the Republican Party, many may not know that it stands for Grand Old Party."

As for being an old party, the Republicans trace their roots back to the mid-1850s, while the Democrats say their party's earliest ancestor was a congressional caucus founded by Thomas Jefferson in 1792, which went through several forms before 1844, when it adopted the name still used today.

The Republican Party, on its official web site, points out that Grand Old Party - while certainly the accepted meaning for GOP, for many years - is not the original meaning, or even the only one.

The Republican National Committee says the acronym dates back to 1875, at which time it meant "Gallant Old Party." And in the early days of the automobile, it gained another popular, although ultimately fleeting, translation: "Get Out and Push" - the treatment early cars often needed.

Stalwarts of both Republican and Democratic party campaigns would, of course, tell you that "Get Out and Push" is the proper attitude when it comes to motivating voters.

So there's no Republican monopoly on that strain of GOP.

As for the elephant, its status as party symbol appears to be safe.

It dates back to a cartoon by legendary political cartoonist Thomas Nast, who in an 1874 issue of Harper's Weekly, depicted the Democrats as a donkey trying to scare a Republican elephant.

Win or lose, both symbols have endured.