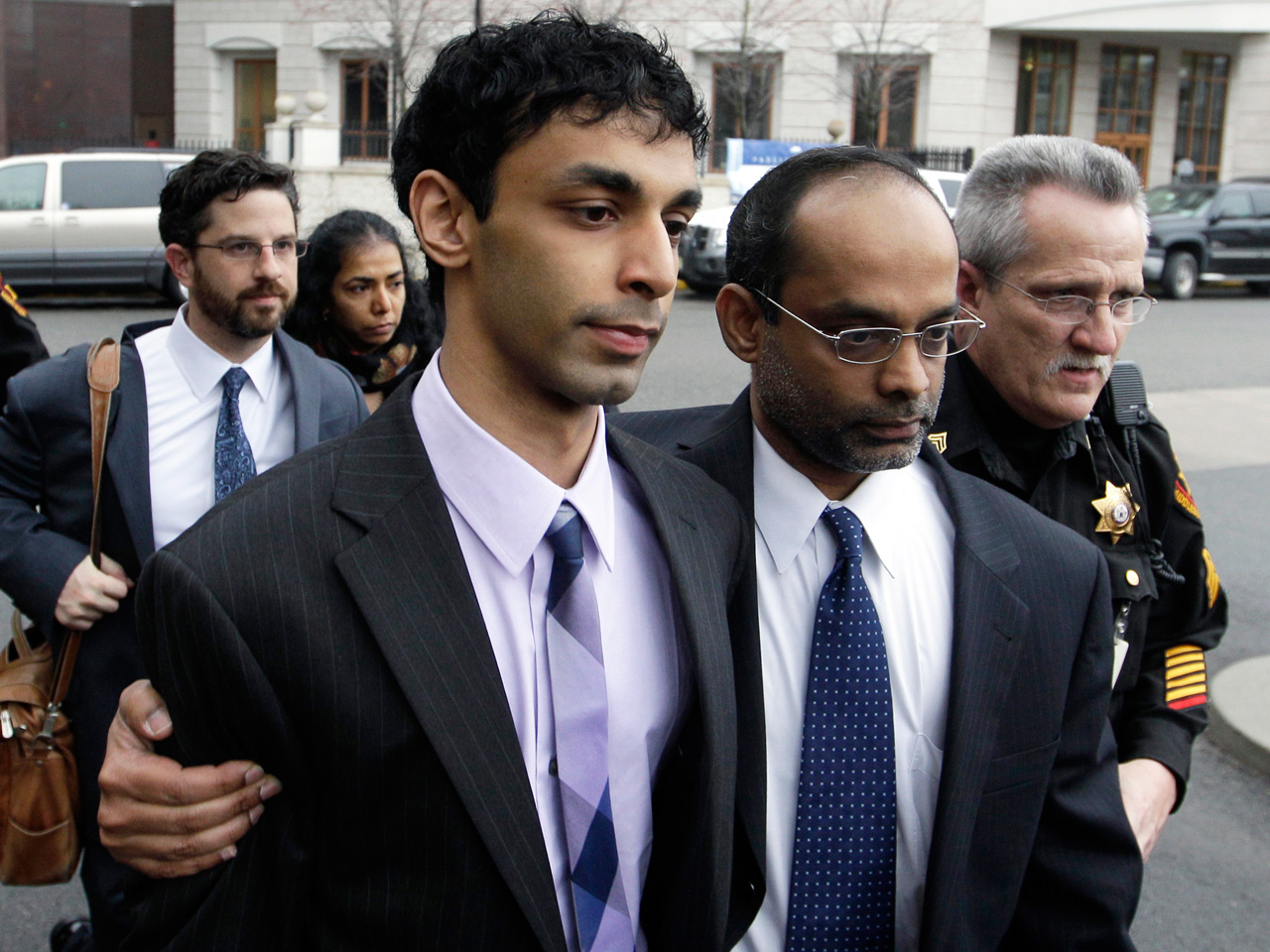 A New Jersey jury on Friday returned a split verdict in the case of Dharun Ravi, a former Rutgers student accused of spying on his roommate Tyler Clementi, who later killed himself. Ravi was found guilty of some bias intimidation charges, as well as charges of invasion of privacy and tampering with evidence.

The jury found Ravi guilty of using a webcam to spy on Clementi in September 2010 while his roommate engaged in sexual conduct, and that he did it (and told others about it) because of a bias against gays. Clementi later committed suicide by jumping off the George Washington Bridge.

Ravi, a citizen of India, faces a possible sentence of ten year, and could be deported.

"48 Hours: Mystery" correspondent Erin Moriarty, who has been following the trial, said the case is significant, in part because it involved hate crime charges but without violence or specific threats. But on "CBS This Morning; Saturday" Moriarty said she did not think the conviction will set a new precedent.

"He was convicted under a State of New Jersey law, and other states have different laws," Moriarty said. "But certainly we could see states enact a law similar, or we could see prosecutors decide to bring charges for acts that don't quite meet the definition of hate."

Moriarty noted that the judge in the Ravi charge himself said, during jury instructions, that "the law is muddled - I could have written a better law."

"I actually think that may help the defendant in this case when it comes to an appeal," Moriarty said. "Also, the jury was taking a look at the state of mind of Tyler Clement, but they never heard that Tyler Clementi had actually taken pictures of the George Washington Bridge in the summer, way before he met Dharun Ravi. That didn't come into the trial, so that may also help with an appeal."

She said what is also significant is the amount of electronic evidence - emails, tweets - involved, and with the growth of social media such evidence can color a prosecutor's case or a jury's decision.

"People say the dumbest things in emails and texts, things they don't necessarily mean, and a jury may interpret it the way the jury wants to," she said.

Moriarty warned that children should be instructed about how they use social media, but adults need to mindful as well.

"Now I'm having second thoughts about everything you put down, because you can't get the context from a tweet or a text or an instant message, and I think that's what really hurt him," she said. "Dharun Ravi in the police interview tried to say 'I was just being sarcastic.' Who known whether he was or not? You can't tell just by his words."