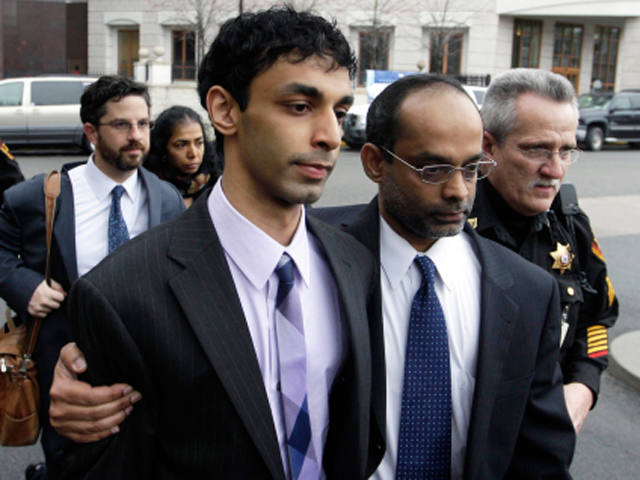 (CBS/AP) NEW BRUNSWICK, N.J. - A jury has found Dharun Ravi, the former Rutgers student accused of spying on his roommate Tyler Clementi, guilty of some bias intimidation charges, as well as charges of invasion of privacy and tampering with evidence.

NJ.com has published a full list of the charges and the jury's decision on each.

A jury found that Ravi used a webcam to spy on Clementi in September 2010 and that he did it - and told others about it - because of a bias against gays. Clementi later committed suicide by jumping off the George Washington Bridge.

Ravi rejected two plea deals before the case went to trial. In October, he declined a plea bargain that would have come with a recommended sentence of three to five years in prison, but with a chance that the judge could waive any prison time. And in December, he rejected a deal that would have allowed him to avoid jail altogether, and instead be put on probation and be required to perform 600 hours of community service and receive counseling. The state would have also helped him try to stave off any attempt by the federal government to deport him.

Ravi, a citizen of India, could face deportation.

During the trial, which included 12 days of testimony, jurors heard from about 30 witnesses. Ravi himself did not testify.