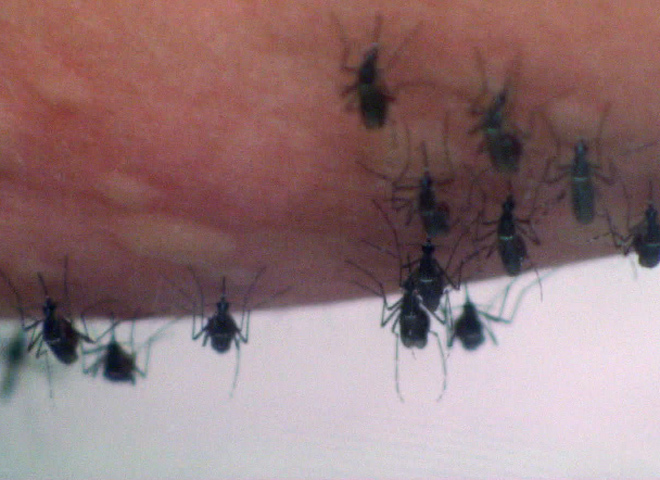 (CBS/AP) West Nile virus continues to ramp up in the United States. The Centers for Disease Control and Prevention say there have been 693 cases of the disease as of August 14, with 26 deaths.

Mayor Mike Rawlings declared a state of emergency in Dallas on Wednesday and said the city would agree to their first aerial spraying of insecticide since 1966, when more than a dozen deaths were blamed on encephalitis - irritation or swelling of the brain - due to West Nile virus.

CDC: Most cases of West Nile virus reported since 2004
Mosquitoes test positive for West Nile Virus: How to stay safe

More than 200 cases of the virus have been reported in Dallas County, and 10 people have died. In the state, there have been more than 380 cases of West Nile virus in 2012, including 16 deaths, on track to have the most cases in the state since the virus first emerged in 2002, health officials said in a statement.

Dallas joins a list of North Texas cities that will also employ aerial spraying to combat the nation's worst outbreak of West Nile virus so far this year. Aerial spraying for mosquitoes could begin Thursday evening depending on weather conditions. The state health department, which will pay for the $500,000 aerial spraying with emergency funds, has a contract with national spraying company Clarke. Clarke officials have said two to five planes will be used in Dallas County. Texas health commissioner David Lakey has asked other North Texas mayors to advise the state by Wednesday on whether they want their cities sprayed from the air as well.

Health officials say this summer's dry weather has made people worry less about mosquitoes. But the type of mosquito that carries the virus does well in dry weather with occasional rain.

Up north in South Dakota, the state's dry summer has helped spread West Nile virus. A state report says there have been 41 confirmed cases of the mosquito-borne illness this year - the biggest number since 2007. One person has reportedly died from the virus.

South Dakota disease specialist Dr. Lon Kightlinger says the actual number of West Nile cases is probably much higher, because most people don't know they have the virus. It can cause body aches, chills and low-grade fever. The Centers for Disease Control and Prevention says one in 150 patients becomes sick with symptoms that may include paralysis and coma.

Across the country, in Massachusetts, health officials say a Middlesex County man in his 60s has been hospitalized with the state's first human case of West Nile virus this year but is recovering.

Infected mosquitoes have been found in nine Massachusetts counties this year. The state on Wednesday raised the virus' threat rate to "moderate" in Arlington, Belmont, Cambridge, Somerville and Watertown, and also raised the threat level to "high" in Ludlow in western Massachusetts because a horse was infected there.

On Wednesday, Indiana recorded its first death from West Nile virus but didn't disclose information about the victim. The state has seen seven confirmed cases of the disease this year, it said.

The CDC has more information on the 2012 West Nile virus.