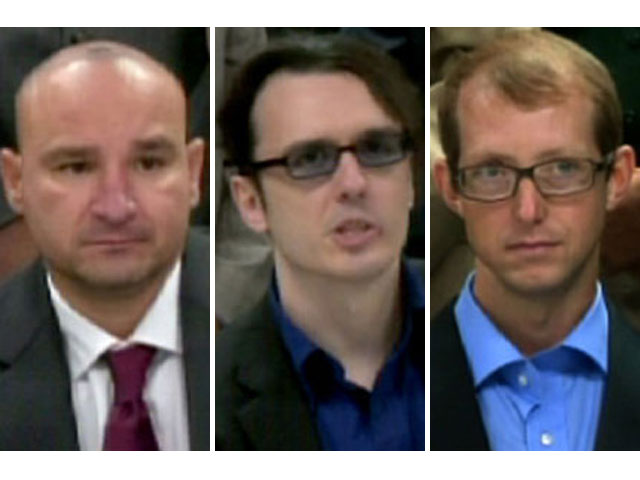 When three men convicted of murdering three young boys were released from Arkansas prisons last month, it made headlines. This Saturday, "48 Hours Mystery" will air a comprehensive report on the case, including the first television interviews with two of the men known as the "West Memphis 3." Correspondent Erin Moriarty, who has been working this story for four years, offered a preview on "The Early Show."

Watch a preview of this "48 Hours Mystery" episode

Jason Baldwin, Moriarty reported, is beginning his life at age 34, doing the kinds of simple things most of us take for granted, such as getting his driver's license and enjoying the outdoors.

Baldwin told CBS News, "The first thing I did? Oh, I just smiled and got, like, a thousand hugs from everybody, you know?... I smiled so much that my face actually hurt from it, you know, but it is a good thing. ... It just felt like everything was alright. Like, here's the time to begin, you know?"

On August 19, as part of a rarely-used plea agreement, Jason Baldwin, Damien Echols and Jesse Misskelley were suddenly and shockingly released from the Arkansas prisons where they had spent the last 18 years of their lives. Damien had been on death row.

Echols told "48 Hours Mystery" he'd "been in solitary confinement by that point for almost 10 years. I hadn't had sunlight in almost a decade. I was eating garbage. I was under stress that most human beings will never even be able to comprehend."

What made the release so shocking, Moriarty said, is that these men had been convicted of one of the most heinous crimes in state history: the killing of three 8-year-old boys in 1993.

Yet, almost from the beginning, there were questions about their guilt. There was no physical evidence tying them to the crime.

Baldwin -- just 16 at the time -- was offered a deal - five years in exchange for his testimony against his best friend, Echols. He refused.

A jury sent Damien to death row anyway, but recently, newly-discovered evidence not only supports the innocence of the three convicted men -- some DNA actually points to other people. Last month, the state agreed to release the men, but the deal -- known as an Alford plea -- required all three to do what they had always refused to do: plead guilty.

Baldwin said, "To me, this just seemed like a cheap way for the state to save face and to get us out."

Once again, Baldwin turned down a deal.

He said, "I told them I would not accept the plea, because it's wrong. Anybody logical and reasonable and unbiased can look at it and realize they had the wrong guys."

But after supporters -- including the musician Eddie Vedder - begged him to save Echols. Baldwin, again, stepped up for his friend.

Baldwin said, "If I took this deal- it would guarantee his life being saved this time. So I took the deal. ... No regrets now. I'm living a great life. I'm free for the first time ever."