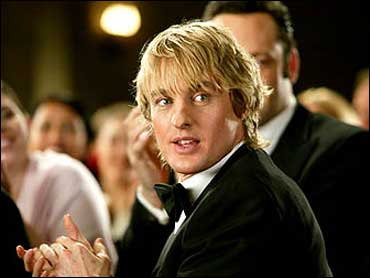 To win the affections of attractive bridesmaids in the movie, two fun-loving partiers pretend to be Purple Heart recipients.

New Line Cinema's movie Web site includes a fake, paper Purple Heart to cut out, with the spoof: "Carrying a Purple Heart in your jacket guarantees you attention, admiration and plenty of free booze."

"I challenge the producer of that movie to go to Walter Reed Hospital and walk through the ward and see if he still wants to print out a fake Purple Heart," said Thomas Cottone, Jr., a special agent with the FBI who enforces a federal law that prohibits wearing, manufacturing, buying, selling or trading a Medal of Honor.

"Talk to some of these people who don't have legs anymore and see how funny they think that movie is."

New Line Cinema, which produced the movie, did not return a phone message.

A bill introduced in the U.S. House of Representatives Friday would expand federal law to allow prosecution of anyone who falsely claims to have earned a military medal or a Purple Heart.

"Here's an example of Hollywood imitating life. Hopefully it brings to the American conscience that this is what is happening," said Doug Sterner, a Vietnam veteran who runs a Web site dedicated to Medal of Honor recipients.