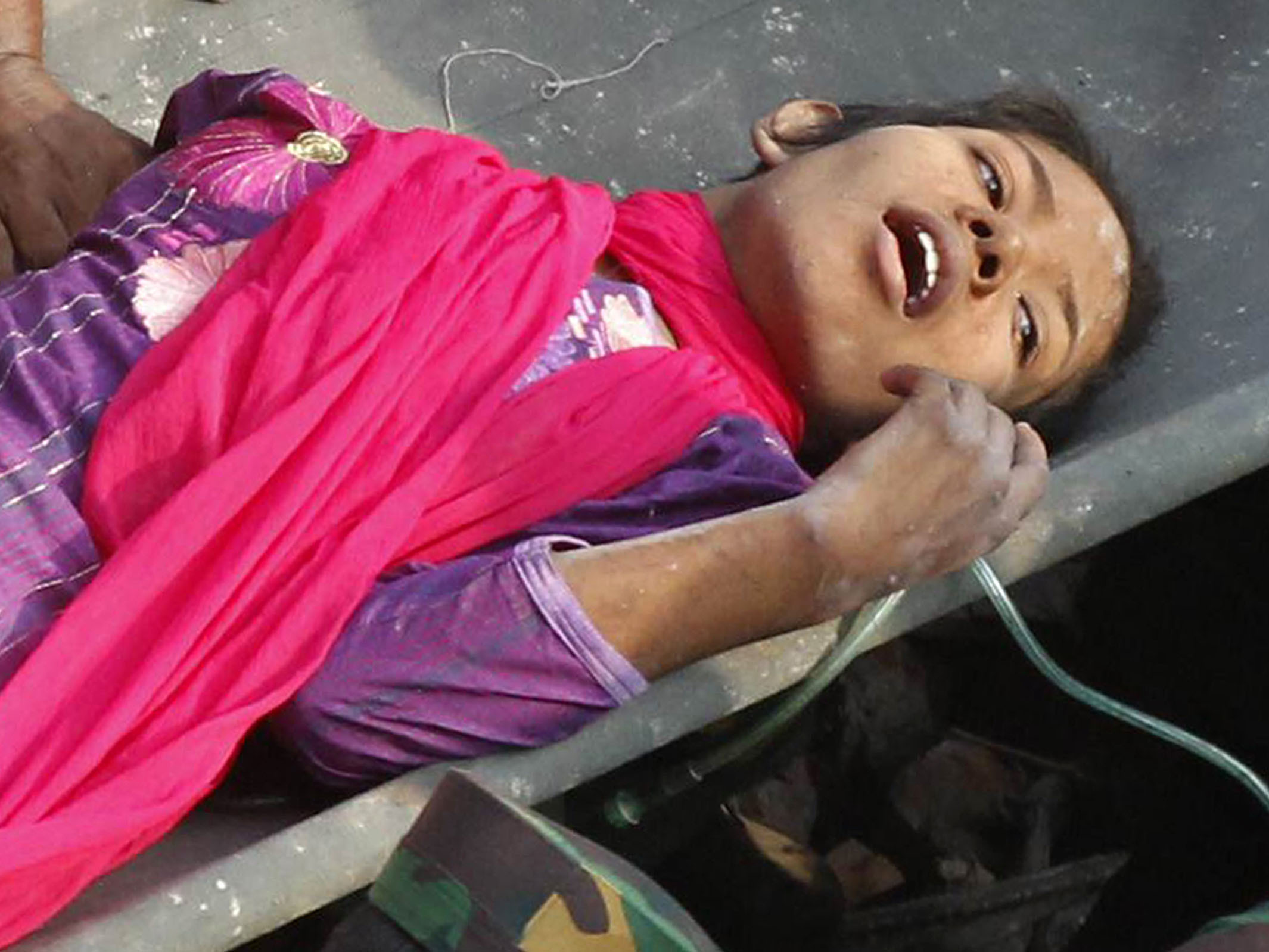 An incredible story of survival in which a seamstress lived 17 days trapped in the rubble of a collapsed building in Bangladesh has left many asking one question: How?

Bangladesh rescue workers said Friday they freed the woman trapped in the ruins of a garment factory that collapsed April 24, a disaster in which more than 1,000 people were killed.

Before this woman, who has been identified as Reshma, the last survivor had been found April 28, the Associated Press reported.

"It's pretty impressive," Dr. Thomas Kirsch, an associate professor of emergency medicine and international health at Johns Hopkins School of Medicine and the Bloomberg School of Public Health in Baltimore, told CBSNews.com of the survival. "Some people would call it a miracle."

Kirsch, who serves as co-director of the Center for Refugee and Disaster Response at Hopkins, has consulted on disaster-related health issues for the World Health Organization, UNICEF and the American Red Cross. He has responded to disasters ranging from superstorm Sandy to recent earthquakes in Haiti, Chile, Mexico and New Zealand.

"In the past, it's very unusual in regards to rescues to even go beyond a couple days," said Kirsch. "This is fairly unprecedented as far as survival goes."

What's especially unusual about her survival, he said, is that when you're trapped for an extended period, there's added risks from potential wound damage, inactivity and no access to food or water.

Food isn't as crucial, according to Kirsch, with some cases having been reported of people surviving 65 days without eating. Lack of water is what's most deadly, he said, and dehydration can lead a person to become delirious or lose consciousness, and kill someone trapped within a week. In Bangladesh the temperature has been especially hot, he pointed out.

Dr. Robert Glatter, an emergency medicine physician at Lenox Hill Hospital in New York City, explained to CBSNews.com that even small amounts of water from condensation can be life-saving.

"There is the age old question of how long you can survive without access to food or water before dehydration and malnutrition will kill you," Glatter said in an email. "It depends on how healthy you are, any chronic medical problems, as well as how much fluid you are losing through sweat or evaporation."

Reshma apparently survived by eating dried food that was in the area where she was trapped, and by rationing bottles of water that were with her.

In addition to dehydration, other health risks present when trapped for an extended period of time.

Trapped individuals can start losing muscle mass very quickly and can become weakened -- muscle loss occurs within days in hospital intensive care units, Kirsch pointed out. If the individual was cut and bleeding, wound infections can occur quickly as well, which Kirsch saw often following the 2010 earthquake in Haiti.

There's also "crushed syndrome," he added, a condition in which a person is trapped and the pressure causes the muscles to release toxins. Those toxins, in turn, damage the kidneys and could lead to a delayed death.

Glatter explained that potentially dangerous crush injuries to the arms and legs are often caused by fallen masonry, beams and infrastructure in buildings. That first leads to muscle swelling, numbness and tingling of the trapped extremities, often progressing to crush syndrome.

He added that trapped limbs may also be at risk for "compartment syndrome" -- due to insufficient blood and oxygen -- and may need to be amputated upon rescue.

Being trapped can take a heavy psychological toll as well.

"The psychological implications of isolation coupled with crush syndrome and pain are often lethal in this setting," Glatter pointed out. "Survival often comes down to the determination to carry on, minute to minute. "

Reshma told a TV station from her hospital bed that she heard the voices of the rescuers in recent days, and she kept hitting debris with sticks and rods to get their attention but nobody heard her.

Once found, crews used handsaws and welding and drilling equipment to cut through the debris still trapping her. They gave her water, oxygen and saline as they worked to free her. After 40 minutes, she was freed and rushed to a military hospital where she was treated for dehydration, according to local media. Her rescuers said she was in shockingly good condition, and could even walk.

"She's lucky," Kirsch said of her survival. "It's all a matter of luck."

Surgeon General on how U.S. can "get to a better place" with COVID
Ryan Jaslow