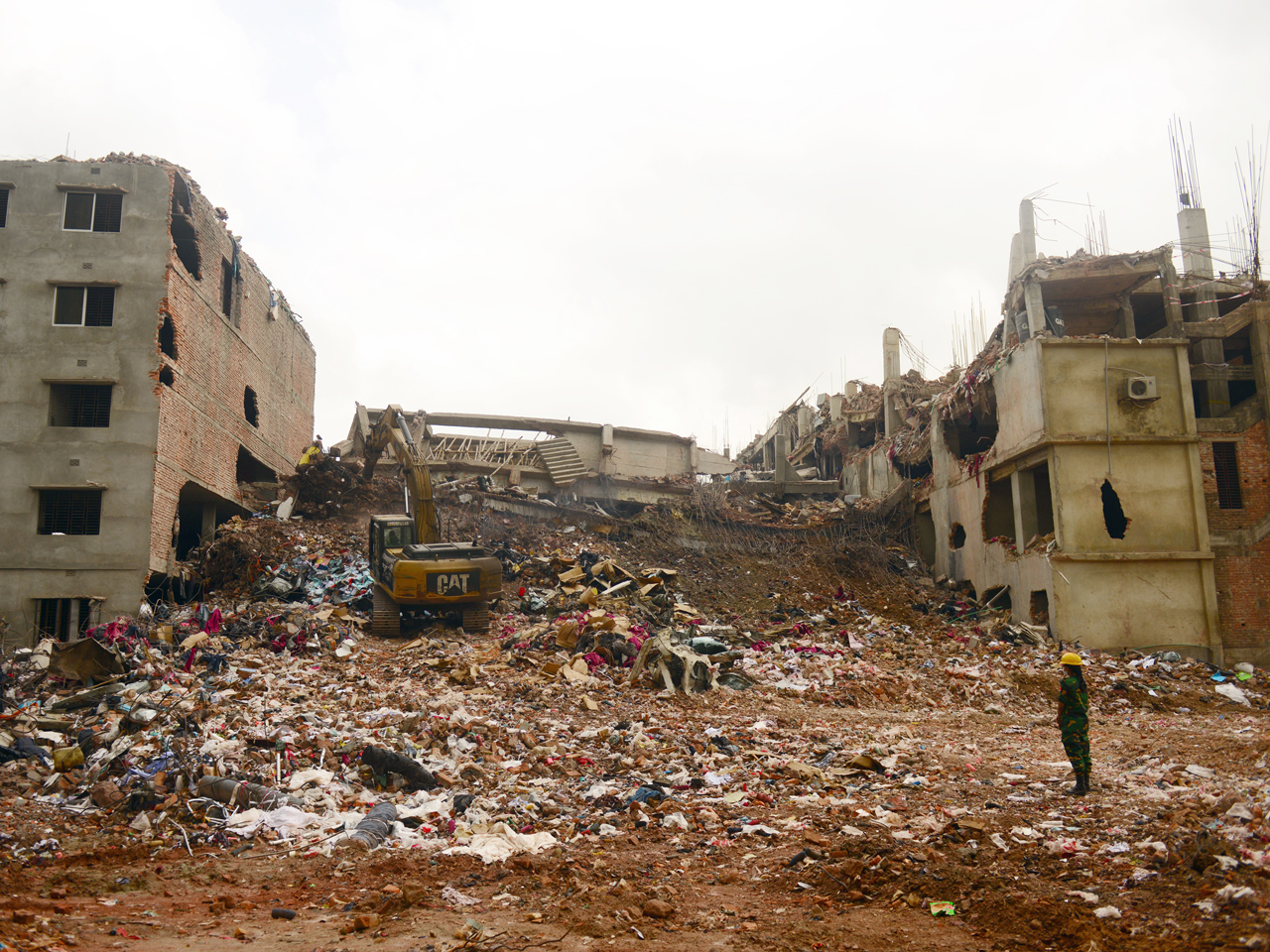 DHAKA, Bangladesh Dozens of bodies recovered Wednesday from a collapsed garment factory building were so decomposed they were being sent to a lab for DNA identification, police said, as the death toll from Bangladesh's worst industrial disaster topped 800.

Following protests, authorities also began disbursing salaries and other benefits to survivors of the collapse.

Police said 803 bodies had been recovered from the wreckage of the eight-story Rana Plaza building by late afternoon and more were expected as salvage work continued two weeks after the April 24 collapse.

There is no clear indication of how many bodies still remain trapped in the debris because the exact number of people inside the building at the time of the collapse is unknown. More than 2,500 people were rescued alive.

The Bangladesh Garment Manufacturers and Exporters Association earlier said 3,122 workers were employed at the five factories housed in the building, but it was not clear how many were there during the packed morning shift when it collapsed. Several stores and a bank were also in the building.

Maj. Gen. Chowdhury Hasan Suhrawardy, a top military official in the area, said the operation to recover bodies from the tangle of wreckage could continue for two to three more days before they would ask the local administration to take care of the site.

Suhrawardy said they had to send 36 decomposing bodies to Dhaka Medical College Hospital to collect DNA samples because they were beyond identification. Authorities expected to send more bodies for testing in the coming days, with temperatures in the high 80s Fahrenheit (low 30s Celsius) and rain pouring down.

The disaster is the worst ever in the garment sector, far surpassing fires last year that killed about 260 people in Pakistan and 112 in Bangladesh, as well as the 1911 garment disaster in New York's Triangle Shirtwaist factory that killed 146 workers.

After hundreds of garment workers protested for compensation Tuesday, authorities started disbursing salaries and other benefits.

About 2,000 people gathered at a military athletic field in Savar on Wednesday to receive their salaries, but the process was slow because many had no identity cards, said Faruk Hossain, an inspector for the Industrial Police.

He said factory supervisors were helping to identify workers who did not have ID cards or other proof that they were employed by the five factories.

Rafiqul Islam, a BGMEA official, said the disbursement would continue in phases.

The workers, many of whom made little more than the national minimum wage of about $38 per month, are demanding at least four months' salary. They had set Tuesday as a deadline for the payment of wages and other benefits.

Local government administrator Yousuf Harun has said no salary remained unpaid except for the month of April and there was an agreement for the workers to receive an additional three months of pay.

The BGMEA said Monday that it was preparing a list of workers employed by the Rana Plaza factories and the process would take a few more days.

Bangladesh earns nearly $20 billion a year from exports of garment products, mainly to the United States and Europe.

Abdul Latif Siddiqui, head of special Cabinet committee to inspect garment factories that was formed days after the Rana Plaza collapse, told a separate news conference that the government has closed 16 factories in the Dhaka area and two in Chittagong in the last few days for substandard working and safety conditions. He did not say whether the closures were temporary or permanent.

Officials say the owner of Rana Plaza illegally added three floors and allowed the garment factories to install heavy machines and generators, even though the structure was not designed to support such equipment.

The owner and eight other people including the owners of the garment factories have been detained.