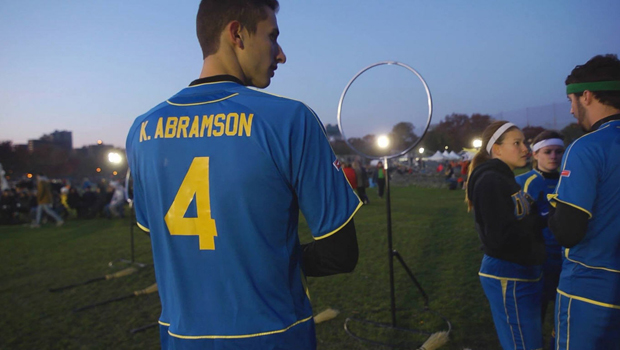 There have been sports movies about baseball, about hockey, about basketball and football. But we bet you've never seen one about Quidditch before now.

The new documentary "Mudbloods" -- which was released via iTunes this week -- introduces you the real-life athletes who play the sport that's part of J.K. Rowling's wizarding world from the "Harry Potter" series.

Directed by Farzad Sangari, the film follows UCLA's Quidditch team as they make their way to the Fifth Annual Quidditch World Cup in New York City, enduring nail biting victories, losses and challenges along the way.

Yes there are broomsticks and words like Quaffle, but these players they train -- and get hit -- just as hard as athletes in other contact sports do.

"No one can really call us nerds when we're out there," one player declares, before adding, "They do anyways."

Watch the trailer for "Mudbloods" below: