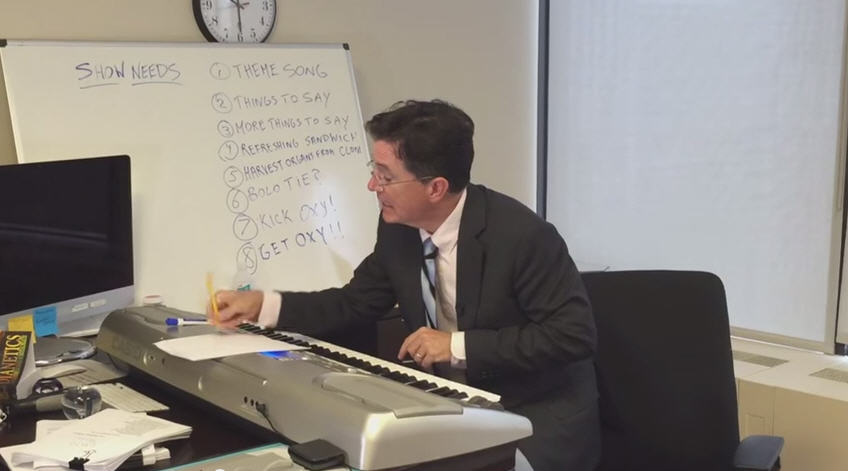 Stephen Colbert's quest to get ready for the "Late Show" continues - he's got an official website, a new bandleader and now a theme song...sort of.

In a new video, Colbert is seen trying out some music for his late-night show. Let's just say it could use some work.

It's apparently enough to satisfy Colbert, who crosses it off the to-do list on the whiteboard behind him. Next up, finding a bolo tie and more things to say.

The "Late Show with Stephen Colbert" premieres Sept. 8 on CBS.