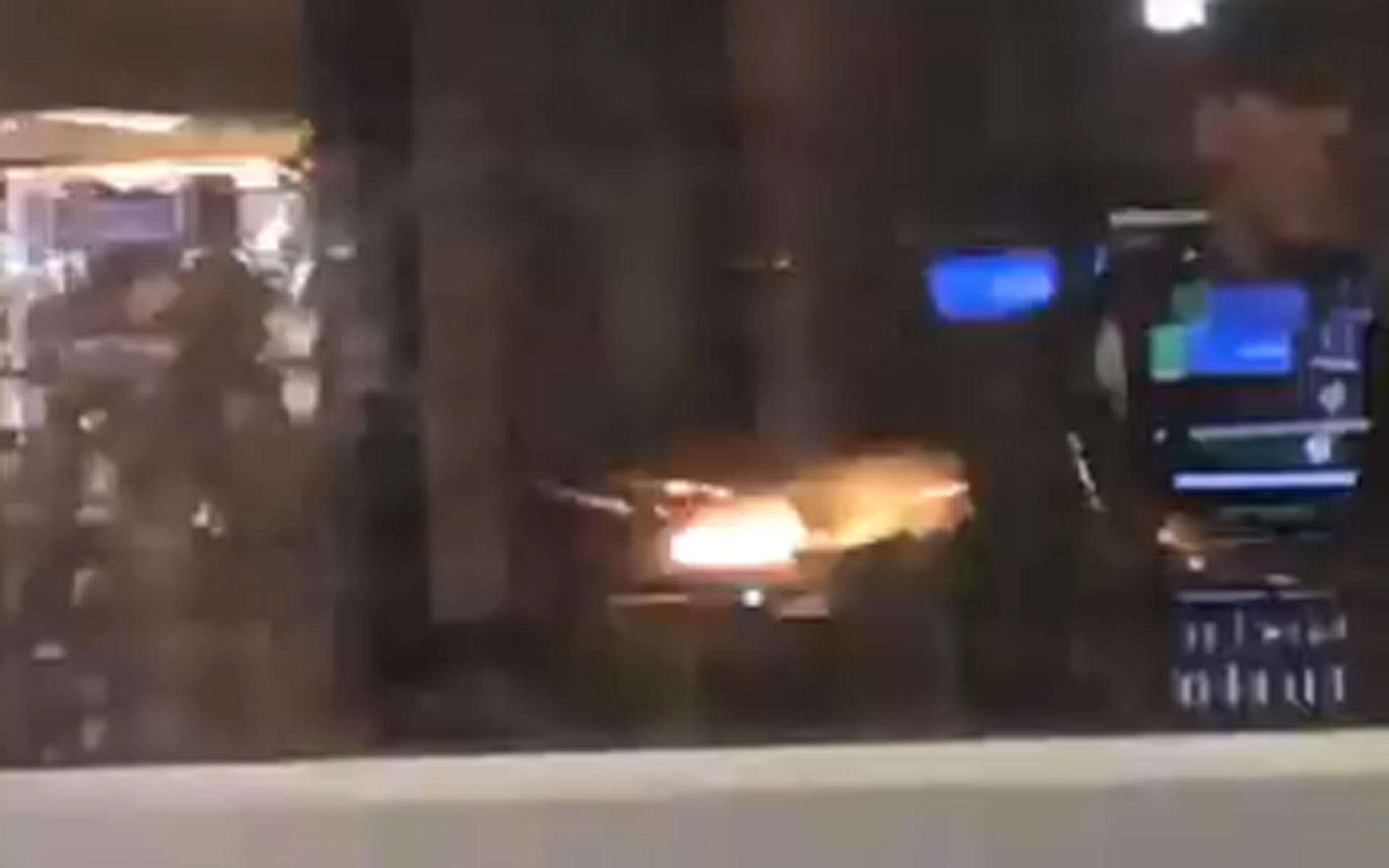 A dramatic scene played out at Seattle-Tacoma International Airport in Seattle Tuesday night when a plane's engine caught fire as it was landing. It was caught on video by people in a nearby terminal:

The Federal Aviation Administration says it was Hawaiian Airlines Flight 875, a ferry flight from Paine Field, Washington to SeaTac Washington.

CBS Seattle affiliate KIRO-TV explains that a ferry flight  means only a flight crew was on board.

The FAA offered a different account, telling CBS News the aircraft "experienced a right engine flyer fire upon landing. The fire had already been extinguished by the time Fire crews arrived at the aircraft."

There were no reports of any injuries.

A SeaTac spokesperson told CBS News the plane was an Airbus A330.

There were no issues or alarms when the aircraft was in the air, the spokesperson said, so it's believed the problem was a compressor stall -- similar to a car backfiring, and that it happened on the ground after the plane landed.

The FAA says it will investigate.