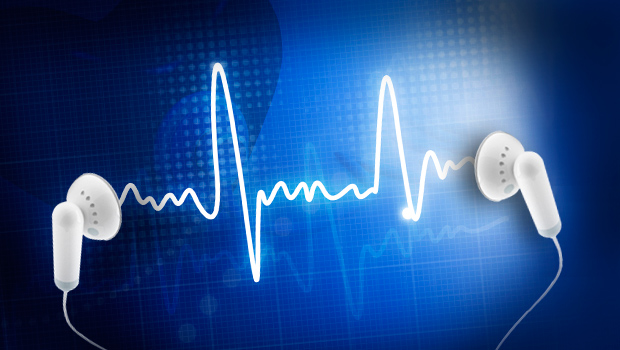 Music may be a prescription for pain relief.

A new study published in the journal The Lancet finds that listening to music before, during and after surgery can help reduce patients' pain.

A team of U.K. researchers from Queen Mary University of London, Brunel University and the BartsHealth NHS Trust conducted a systematic review and meta-analysis of 72 randomized trials about the impact of music, comparing it to standard pain relief medications or non-drug interventions on post-operative recovery in adult patients undergoing a variety of surgical procedures.

They found that listening to music was associated with a reduction in postoperative pain, lower anxiety and reduced use of painkillers, along with increased patient satisfaction. The researchers noted that there was no difference detected in length of hospital stay, although few studies measured it. None of the studies looked at the effects of music on infections, wound healing rate or costs, either.

"Music puts us in a better mood and when you're in a better mood, the brain releases neurochemicals and hormones that stimulate immune function," Dr. Daniel J. Levitin, a neuroscientist at McGill University in Montreal and author of the book "This is Your Brain on Music," told CBS News. Levitin was not involved in the current study.

Research also showed a slightly greater reduction in pain and use of pain medications when patients were able to select their own music.

"When patients select the music, it has more of an impact than when the doctor does," Dr.Rafael Alexander Ortiz, director of interventional neuroradiology and stroke at Lenox Hill Hospital in New York City, told CBS News.

Ortiz has been letting his patients pick out music to play during surgical procedures for years. He speculated that patients prefer to choose their own music because it is "more familiar and makes them more comfortable in the environment."

Ortiz added: "The surgical environment is stressful for doctors, too. So music also relaxes the team."

The authors of the study write, "We believe that sufficient research has been done to show that music should be available to all patients undergoing operative procedures. Patients should be able to choose the type of music they would like to hear."

The study showed no downside to listening to music during surgery. However, Levitin warns that music might not be as effective if the patient does not like it. "One of the most divisive things in life is music that you can't stand," he said, citing the CIA's use of blaring, repetitive music as a form of torture.

Current theories on how music works to reduce pain and anxiety suggest that music functions as a distractor and diverts attention away from stressful or negative events to focus on something soothing. Other theories say that music activates the brain circuitry involved in reward processes, which promotes an endorphin-like response. Neuroscientists have found that music creates changes in the neural pathways in the brain, which may induce relaxation.

"There is increasing awareness that this is part of the menu of options available to doctors and patients for speeding recovery," Levitin told CBS News. "The important point is there's no one piece of music that everyone likes, so when you talk about music in the postoperative situation, you need to find the music that's right for you."