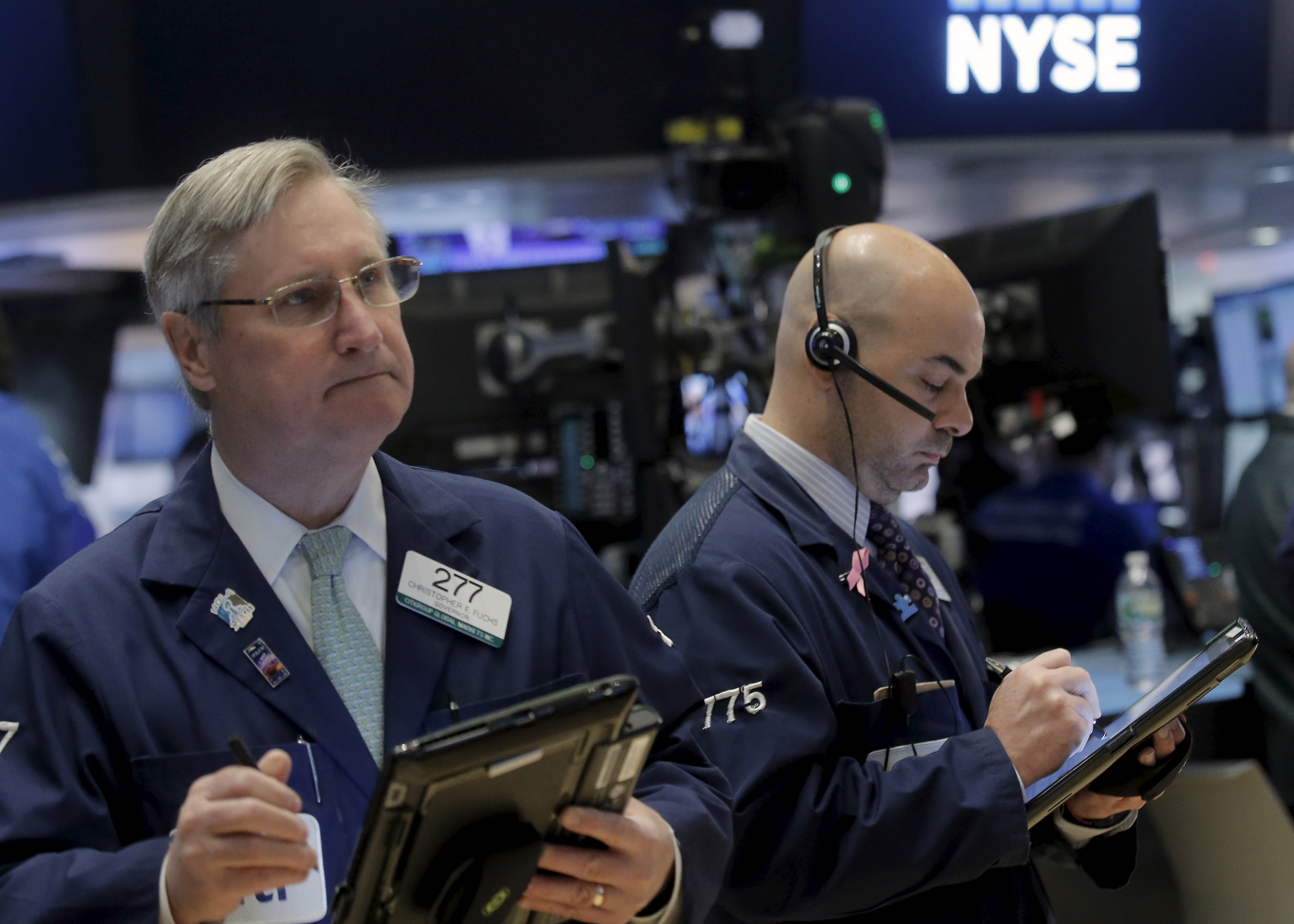 The bidding for the Starwood Hotel chain continued as a group of investors led by China's Anbang Insurance Group offered to buy the company for $88.66 a share, or more than $15 billion. Starwood said the offer looks better than the latest bid from rival Marriott. Starwood added $1.62, or 2 percent, to $83.75, and Marriott gained $2.70, or 3.9 percent, to $71.34.

Starwood is up 19 percent in the last two weeks.

Time Warner climbed after a strong opening weekend for "Batman v Superman: Dawn of Justice." Despite weak reviews from critics and some skepticism from fans, the movie brought in about $424 million worldwide, including $170 million in the U.S. That was one of the best opening weekends of all time and a good sign for Time Warner's planned series of movies based on DC Comics characters.

Cosmetics giant Avon Products said it reached a deal with activist investors that headed off a possible proxy fight. Avon named Cathy Ross, a former executive with FedEx Express, to its board through an agreement with Barington Capital. Avon stock rose 36 cents, or 8.4 percent, to $4.64.

Noble Energy slumped after Israel's Supreme Court struck down a deal that would have given Noble and other companies the right to start pumping natural gas from offshore deposits. The stock shed $2.65, or 8.2 percent, to $29.69.

Pandora skidded after the streaming music company announced a management shakeup. Co-founder Tim Westergren will replace Brian McAndrews as CEO. The stock tumbled $1.33, or 12.1 percent, to $9.60.

On Friday, while the U.S. markets were closed for the Good Friday holiday, the government said the economy grew 1.4 percent in the fourth quarter, above the previous estimate of 1 percent. Consumer spending and home construction kept the economy growing.

The Commerce Department said Monday that consumer spending continued to grow in February, but for the third straight month, it rose by only a small amount. Still, economists think consumer spending will grow at a faster pace as the year progresses.