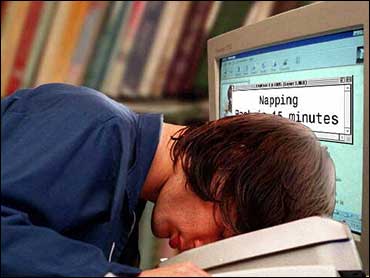 Do you yawn throughout the day or get sleepy while driving? Does your family complain about loud snoring?

You might be one of the millions of Americans with undiagnosed sleep apnea, which causes more than fatigue — it also seems to spur heart disease and other serious illnesses. Not to mention up to a sevenfold increase in the chance of a car crash.

Now Medicare is considering paying for home sleep testing, to make diagnosis easier. And federal health officials are hunting ways to get the people at highest risk of this stealthy disorder tested and treated.

"We need to develop some very aggressive strategies," says Dr. Carl Hunt, sleep chief at the National Institutes of Health.

Often dismissed as bad snoring, sleep apnea is far more serious: Sufferers actually quit breathing for 10 to 30 seconds at a time as their throat muscles temporarily collapse. They jerk awake to gasp in air more than 10 times an hour, exhausted each morning because their brains never got enough deep sleep.

An estimated 18 million Americans have sleep apnea, and more than half aren't diagnosed, according to NIH estimates. Patients don't remember the nightly breathing struggle, and often don't see a doctor unless a family member complains about the snoring and choking.

Apnea is most common among middle-aged men, but can even strike children if they have enlarged tonsils and adenoids. Being overweight increases the risk, as does having small airways or apnea in the family.

Some 1,400 deaths from car crashes each year are caused by drivers with apnea, notes a study from the University of California at San Diego.

There are a variety of apnea treatments that relieve the fatigue, however. The most common is called CPAP, a mask that blows air through the nose while sleeping. Dental devices can hold airways open; the Food and Drug Administration has begun considering whether any should be sold without a prescription. Surgery can widen or prop open airways.

But to get treated, people must know to seek testing. NIH is considering a campaign to get people at high risk screened; CPAP manufacturers recently launched an apnea education Web site, www.sleepapneainfo.com.

And Medicare is debating whether to pay for home sleep testing, a move proponents say could also spur more interest by both patients and other insurers.

Diagnosing apnea requires measuring how people breathe as they sleep, often performed in professional sleep laboratories that many sleep-medicine specialists — who run them — consider best. It does provide more measurements, including tracking of brain activity.

But, "there is a major access problem," says Dr. Terence Davidson, director of the UC-Davis sleep laboratory, who petitioned Medicare to make the change.

Sleep labs are expensive — testing costs $900 to $1,500 compared with $250 to $500 for home tests — and there are long waits for openings in some parts of the country, Davidson says. "An Iowa farmer may have to drive 300 miles and wait three months."

With home testing, either a technician or the patient hooks up a portable version of a sleep-lab's respiratory machine at bedtime, and a doctor later checks the recordings. Fourteen studies of more than 700 patients found home testing reliable, Davidson told Medicare advisers last week.

Medicare's advisers voted that they had "moderate confidence" in the effectivness of home testing. Medicare officials will analyze that vote and public comments on the issue before a decision expected early next year.

Don't wait to get tested, advises Coleman Flaherty, 43, of Dorchester, Mass. Fatigue snuck up on Flaherty after he put on weight when an injury stopped his usual workouts. Finally, he mentioned snoring to his doctor, and is enrolled in a major study of CPAP's long-term effects.

"I've gone back to the gym, my quality of life has improved," said Flaherty, who popped out of bed before 7 a.m. last weekend to spend time with his kids. "I don't know why I waited." 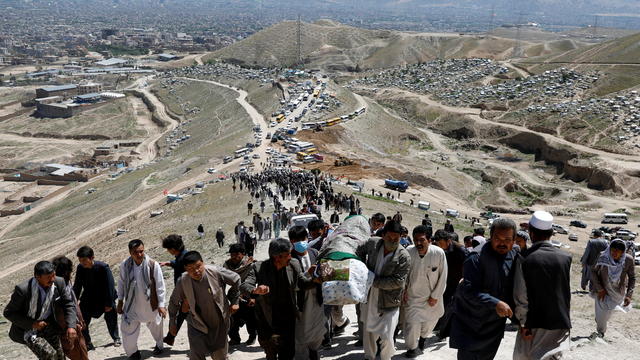