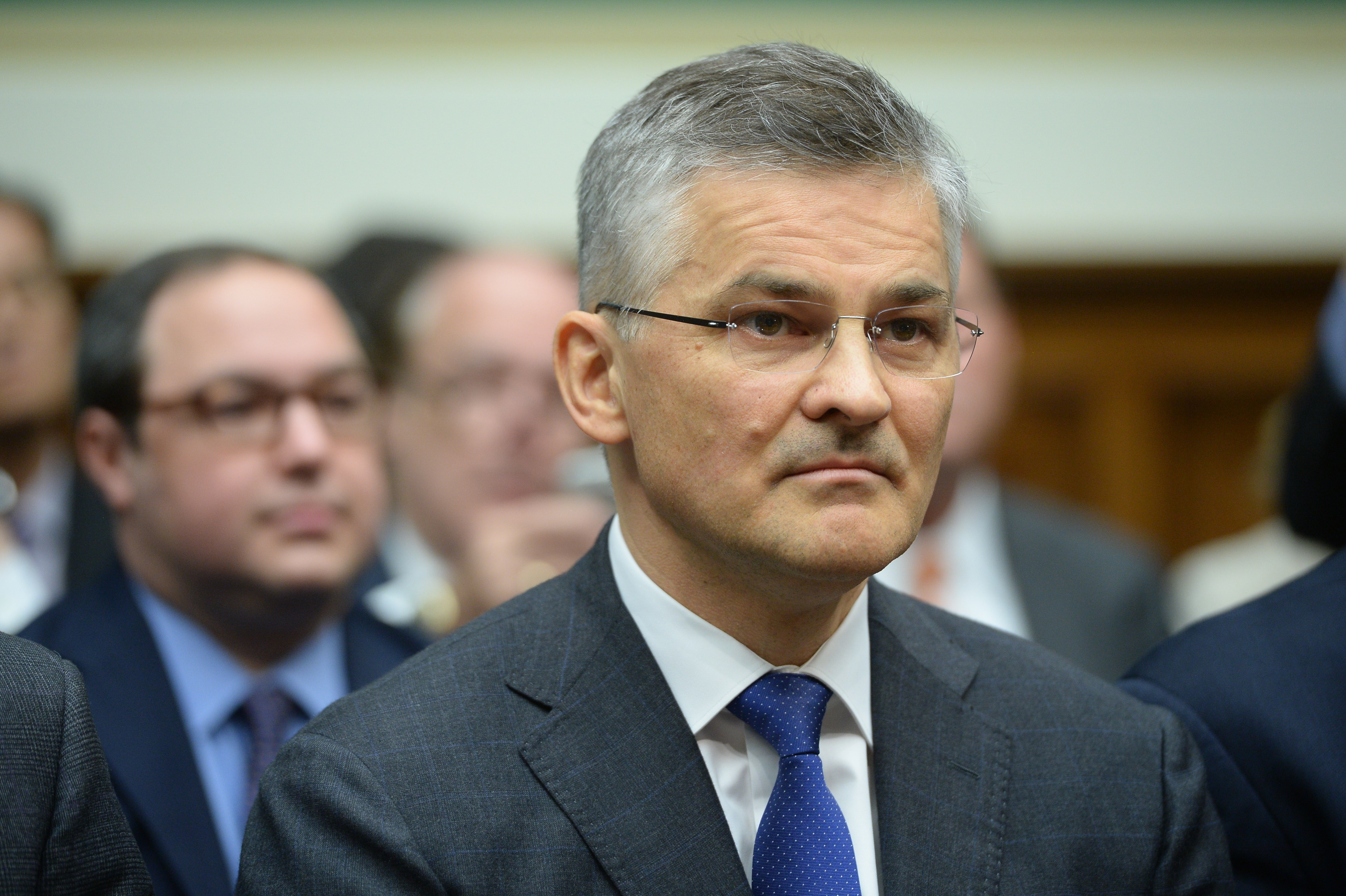 The head of Volkswagen's (VLKAY) U.S. business was told about possible emissions trouble affecting millions of the German company's diesel vehicles early last year, but said he was not aware that so-called defeat devices were involved until last month.

"It was a couple of software engineers that put this in for whatever reasons. From my understanding, this was not a corporate decision, this was something a few individuals did," Michael Horn, president and chief executive of Volkswagen Group of America, said Thursday in testifying about the scandal that has battered the VW brand.

Horn was told about potential emissions "non-compliance" in the spring of 2014. It was not until Sept. 3, 2015, that Volkswagen told U.S. authorities that the device designed to bypass pollution controls was in emissions software in nearly 500,000 vehicles in the United States.

"Volkswagen needs to standup and say we understand we will buy your car back," Griffith said.

"We have broken the trust of our customers, dealerships and employees, as well as the public and regulators," Horn said Thursday in prepared remarks before a House committee investigating the scandal. "Volkswagen knows that we will be judged not by words but by our actions over the coming weeks and months."

The emissions scandal became public on Sept. 18, 2015, when the Environmental Protection Agency said Volkswagen had sold nearly half a million diesel vehicles with software intentionally designed to evade standards for air pollution. The EPA said Volkswagen faced up to $18 billion in fines, or $37,500 for each vehicle. In less than a week, the carmaker's CEO had stepped down, while the company disclosed that as many as 11 million cars worldwide were affected and set aside $7.3 billion to cover the damage.

Societe Generale recently estimated the emissions scandal could end up costing Volkswagen nearly $36 billion over the next two years as it contends with expenses including recall costs, vehicle buybacks, regulatory fines and class-action settlements.

"Our plan is not to buy back the inventory, our plan is to fix the cars," Horn said in answering questions Thursday about how the car manufacturer intends to correct the issue.

Volkswagen might have to retrofit about 430,000 vehicles sold in the U.S. with more than software to ensure the diesels meet emissions standards, with additional hardware such as catalytic converters or add-on tanks among the possible fixes. That process that could take years, Horn said.

Horn also apologized in letters sent to consumers who own or lease one of the affected vehicles, saying that Volkswagen is "committed to making this right," but adding that the process would "take some time."

Ahead of Horn's statement, lawmakers did their best to reprimand the company for its behavior, which Horn said was the work of several software engineers at VW and not a corporate decision.

"The American people, the EPA and their counterparts around the world have been defrauded by Volkswagen," said Rep. Jan Schakowsky, D-Ill. "The only thing I want to hear is how Volkswagen will make it right by consumers -- what are you going to do for them and when."