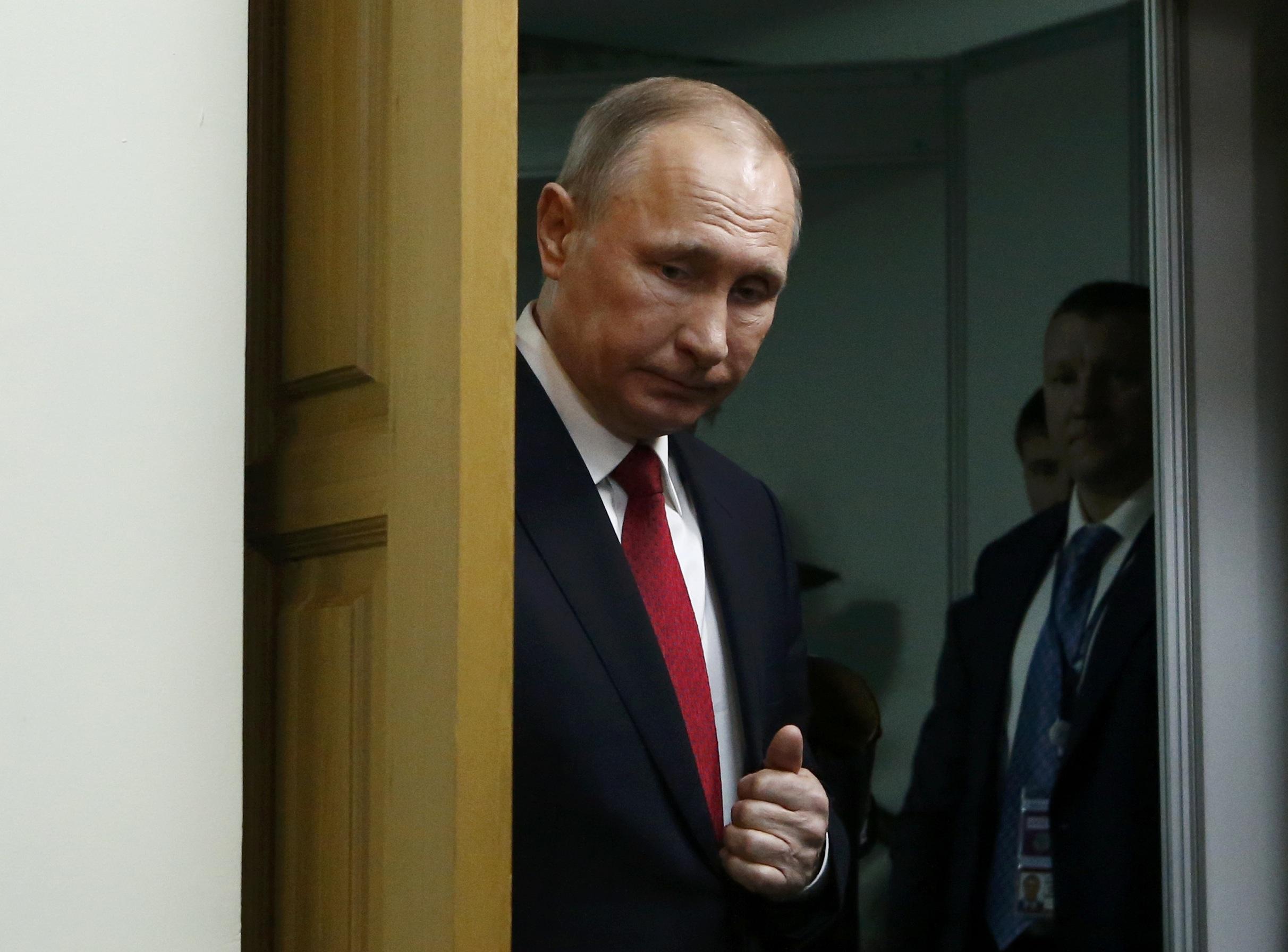 MOSCOW -- President Vladimir Putin on Thursday voiced readiness to meet with President Trump at an upcoming Arctic summit, while reiterating rejections of allegations that Russia meddled in the U.S. presidential election.

It wasn’t the first time Putin floated the idea of a meeting with Trump. Russia had hoped for a thaw in relations with the United States after Mr. Trump’s election, but that has been dashed by the congressional investigation of possible links between Trump’s campaign and Russia.

Putin, speaking at an Arctic forum in Arkhangelsk, said he would be glad to meet with Trump at a summit bringing together Arctic nations’ leaders. Finnish President Sauli Niinisto, whose country is set to take the rotating leadership in the Arctic Council in May, said Thursday he would be honored to host such a meeting.

Also Thursday, Putin again dismissed what he called “endless and groundless” accusations of Russian meddling in the U.S. election, describing them as part of the U.S. domestic political struggle.

Putin sharply criticized what he described as the use of the “Russian card” in U.S. domestic politics, saying it contradicts American interests.

“Do we want to completely cut relations?” he said. “Do we want to bring the situation to what it was during the Cuban Missile Crisis of the 1960s?”

Earlier this year, Putin thanked Slovenia for its offer to host a proposed meeting with Trump, but noted that it would depend on Washington.