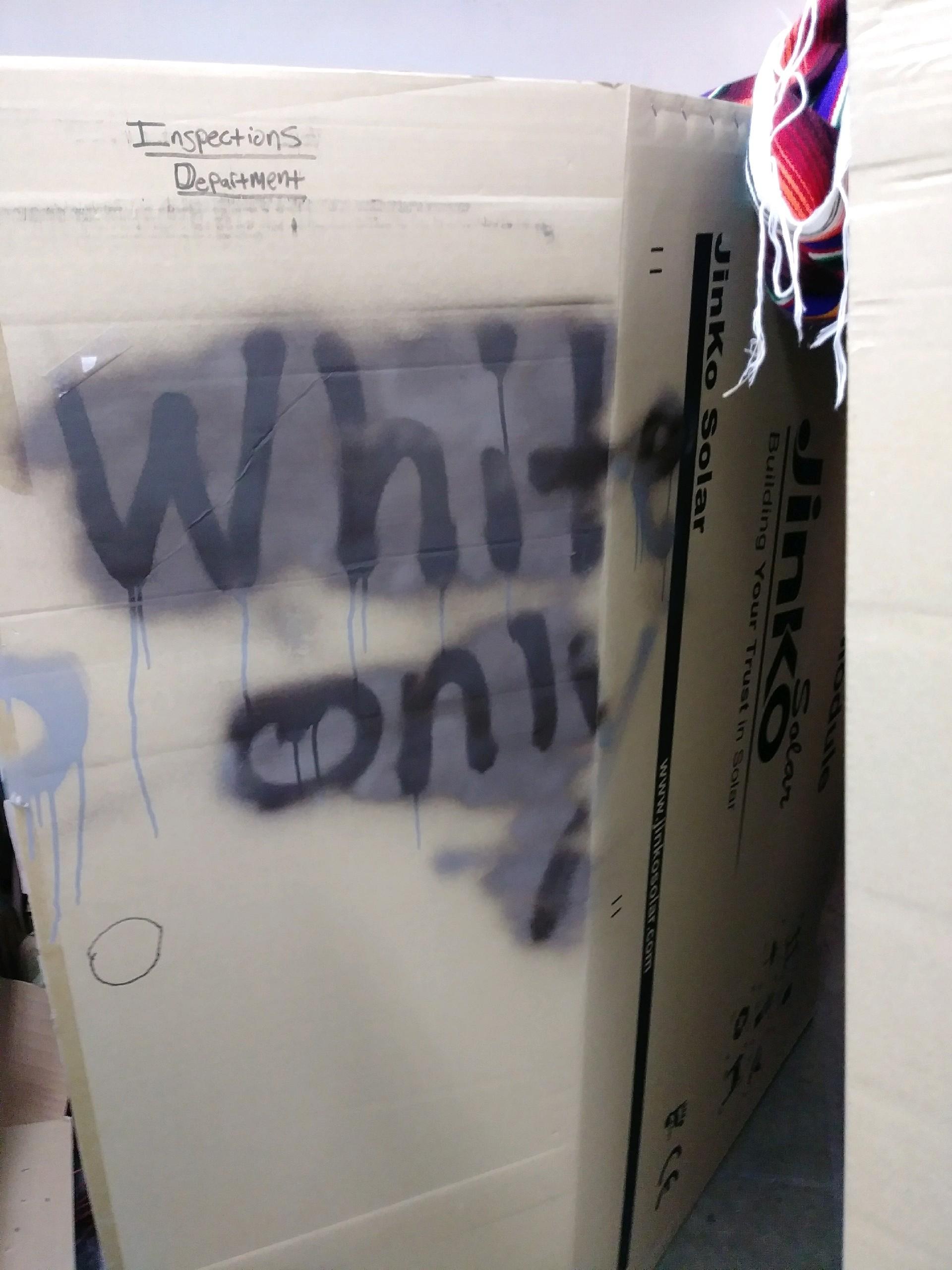 The CEO of Vivint Solar says he's "deeply disturbed" by allegations a former employee was racially harassed by colleagues at a company warehouse in Sacramento, California.

Teshawn Solomon claims in a lawsuit filed Monday that supervisors at the publicly traded solar energy provider called him a racial epithet and likened him to a monkey. The suit also claims white colleagues built a fort around their desks out of cardboard boxes spray-painted with the words "whites only." The structure stayed in place for two weeks, according to the suit.

"Vivint Solar has a zero-tolerance policy for racial discrimination and harassment in the workplace," CEO David Bywater, said Thursday in a statement.

Utah-based Vivint Solar, which employs 4,000 people in 21 states, conducted an internal probe following the allegations that led to the firing of one employee and the disciplining of several others, Bywater said.

While calling the allegations "disturbing," the company views the incident as an isolated case and also characterized some of the claims in the suit as "inaccurate."

Still, "We fell short in Sacramento," Bywater said. "We can and we will do better. "

Vivint Solar did not respond to requests for comment on a related lawsuit filed on Thursday on behalf of Jason Flick, who claims he quit his job at the Sacramento warehouse in March due to his distress over the "toxic environment" and the harassment of Solomon.

To that end, Vivint Solar plans a company-wide harassment and discrimination training, following in the footsteps of Starbucks, which recently closed its locations for a few hours to provide anti-racial bias training for employees.

The coffee chain opted to run the workshop after two black men were arrested in a Philadelphia Starbucks and later released by police who said there was no basis for criminal charges.