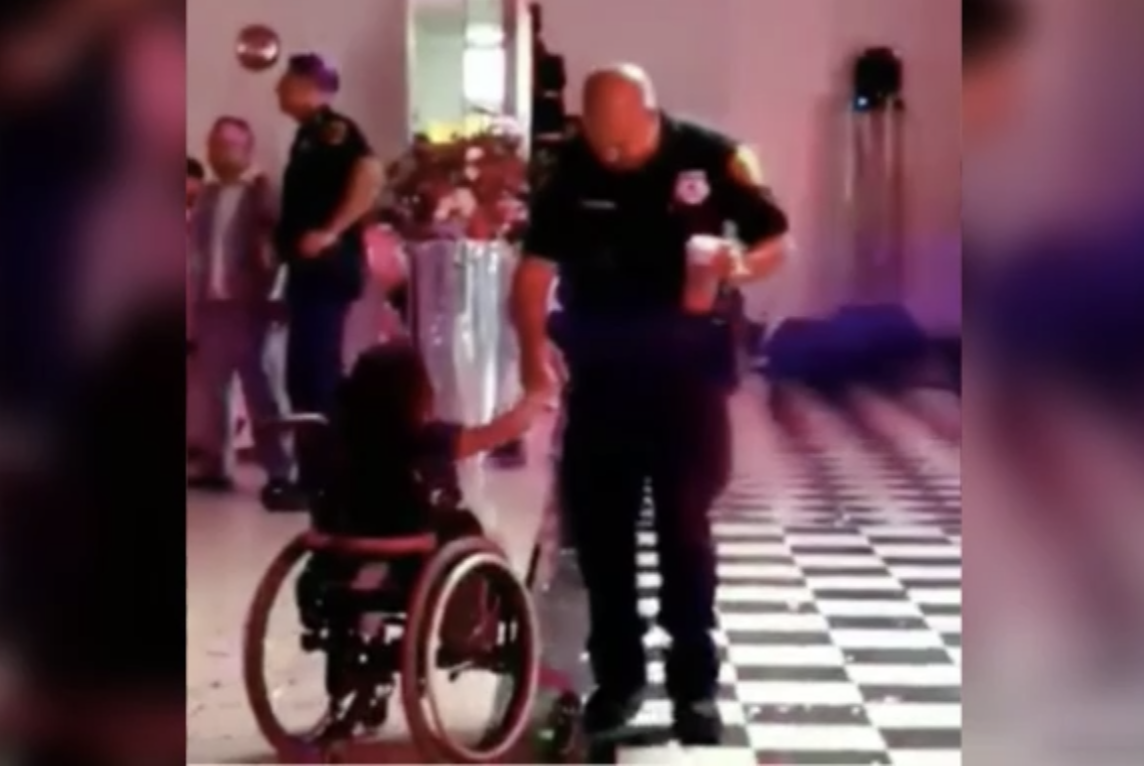 Houston Police Officer Sandy Fernandez says he was working security at a quinceañera last weekend, when he noticed a special guest on the dance floor. It was little girl in a wheelchair, who was watching other party guests dance.

"I said, 'Okay she can dance. Later on I can probably see if she wants to dance with me,'" Fernandez thought to himself. He said a few minutes later, the girl passed him again and this time he reached out to her and asked her to be his dancing partner.

"I started spinning her around and she followed me and she smiled the whole time," Fernandez says. "She just stole my heart." The officer, who was working an extra job, held a coffee in one hand. In the other, he held the little girl's.

Fernandez says they danced for a few songs and she never stopped smiling. The DJ at the party, Juan Mancha, took video of the dancing duo. "This is why I love my job," Mancha wrote on Facebook with the now-viral video.

Fernandez said the girl gave him a fake flower and said, "for you." He says he tried to tell the girl she should keep the flower, but she wanted him to have it. He returned the favor by grabbing another flower and handing it to her.

Fernandez, who was working security at the party, says he doesn't know who the girl is. He never got her name or age, but guessed that she was around 5 years old.

"We were just following the music and the moment," the officer said. People who have seen the video have praised Fernandez   for his simple good deed, but he was inspired and impressed by the girl in the wheelchair. "She was just a sweetheart. I mean, I've never seen someone who could be so approachable and so sweet... she had a positive vibe," he said.